After the best Genshin Impact Yanfei build? This four-star Pyro Catalyst wielder arrived during the Genshin Impact 1.5 update as part of the Zhongli banner. Although she’s squishy, paired with the right party and the best DPS build, you can maximise her Pyro damage and ensure she stays alive.

Yanfei is the top legal expert in Liyue Harbor, fully versed in every area of the law, also known as the “law that walks”. She also shares a mysterious connection to another  Genshin Impact character, Eula. She’s part illuminated beast, similar to Ganyu, and generates scarlet seals, which decrease her stamina consumption, when using normal attacks or her elemental skill and elemental burst. You can check out her full abilities below.

The scarlet seals can be used to increase her charged attack’s area of effect and damage output, so although there’s nothing particularly outstanding about Yanfei’s stats, positioning her as DPS, alongside shield characters such as Diona and Zhongli, will help you get the most out of her. First, let’s take a look at the best Genshin Impact Yanfei build.

You can either use her normal attack to slowly build up scarlet seals, or Signed Edict and Done Deal to max out the number of scarlet seals, and then follow this up with a charged attack. Like we’ve previously mentioned, she’s best paired with shield characters, but for chaining elemental reactions, we recommend Xingqiu alongside a shield character like Zhongli and his powerful jade shields. 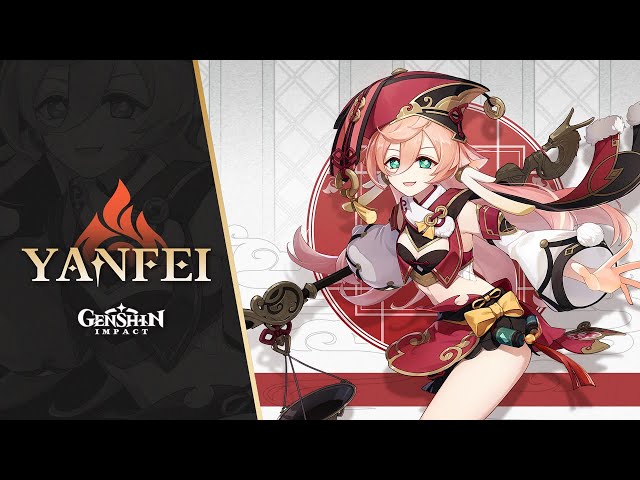 Yanfei relies on producing scarlet seals from normal attacks and maxing them out with elemental abilities. Hence, you want to focus on strengthening these attacks and doubling down on AoE damage. Her elemental burst also applies brilliance, giving her a scarlet seal at regular intervals and further increasing the damage of her charged attacks.

As for weapons, Solar Pearl is a great fit for Yanfei. It’s a four-star catalyst weapon that you can obtain by leveling up the Genshin Impact battle pass to 30, allowing you to choose a weapon from the BP Bounty. This will boost critical hit damage and feed into the elemental skill damage also. You should also consider Skyward Atlas, if you have it – it’s a five-star Catalyst that increases the elemental damage bonus, and there’s a chance to apply extra attack damage.

Ideally, you want to use the Crimson Witch of Flames four-piece set to bolster the Pyro damage and increase the vaporise damage you’ll get from Xingqiu. It’ll also increase her overloaded and burning damage by 40% and all vaporise and melt damage by 15%.

If you don’t have the full Crimson Witch of Flames set, you can opt for the two-piece version instead along with Gladiator. We highly recommend this for team compositions that can’t take advantage of elemental reactions every few seconds. The full Lavawalker set is also worth using with Yanfei as the four-piece set boosts her Pyro damage by 35%. 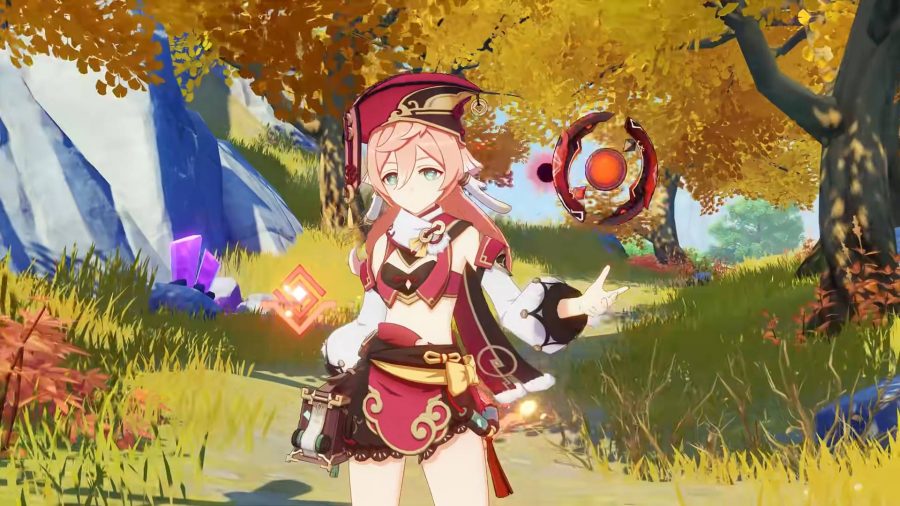 Summons flames that deal AoE Pyro damage to nearby enemies. Any opponent hit by the flames grants Yanfei the maximum number of Scarlet Seals.

When used, this burst summons a spray of flames to rush any nearby opponents. These deal AoE Pyro damage and grants her the maximum number of Scarlet Seals, as well as the Brilliance buff. Brilliance gives Yanfei the following bonuses:

And that’s the best Genshin Impact Yanfei build. If you’re on the lookout for new teammates for Yanfei, check out the upcoming Genshin Impact banners, or learn about the new Genshin Impact characters by heading over to our extensive guide.