Searching for the best Genshin Impact Zhongli build? When Zhongli was first released, the Genshin Impact community expressed their disappointment that this five star Geo polearm character couldn’t be used as a viable DPS character. The devs went out of their way to buff Zhongli and the Geo element overall, giving him powerful upgrades to earn a high spot on our Genshin Impact tier list.

There aren’t many characters in Genshin Impact with this much versatility. No matter what way you want to build Zhongli, he’s capable of dealing damage and protecting others from damage. Zhongli will always be one of the better Genshin Impact characters because his abilities are practically unmatched. Pair Zhongli with different characters to experiment with elemental reactions – these combinations can help you deal even more damage on the battlefield.

Zhongli is returning to the game in Genshin Impact 2.4 following the release of Shenhe and Xiao’s banner. Following the buff to Geo characters in the 1.3 update, we have included a DPS build for Zhongli to get the most out of his damaging Geo abilities. Here’s everything you need to know about how to create the best Genshin Impact Zhongli build.

The Genshin Impact 1.3 update greatly improved the elemental resonance effect from having two Geo characters in a party. Enduring Rock now provides a damage buff of 15% to any party members protected by a shield. Attacking enemies with this buff will decrease their Geo resistance by 20% for 15%. Remember, this is in addition to the 15% shield strength increase, which was already quite good on its own.

Rain of Stone now deals damage on par with the best DPS characters. When combined with the Stone Stele from Dominus Lapidis, the Geo AoE damage coupled with the normal attack chain is seriously impressive. Compared to the previous patch, Zhongli’s damage output has almost doubled without any adjustments whatsoever.

While Zhongli’s damage does scale to his health, this DPS build will focus on Genshin Impact artifacts that provide buffs to his attack, crit rate, and crit damage. The two piece Gladiator’s Finale and Bloodstained Chivalry are perfect for Zhongli as they provide huge boosts to his damage output. Gladiator’s Finale increases Zhongli’s overall attack by 18%, and Bloodstained Chivalry increases his physical damage by 25%.

One of the best weapons for Zhongli is the Staff of Homa. As mentioned earlier, Zhongli’s attack damage scales to his health, and this weapon instantly increases his health by 20%. He also receives an attack bonus of 0.8% of Zhongli’s max health, which can go up to extremely high numbers with the correct artifact set. Lastly, the third effect increases Zhongli’s damage once his health drops below 50%.

Pair Zhongli with another Geo character to maximise his damage output. Ideally someone like Albedo would work well in a support DPS role, as would Ningguang thanks to her ability to deal heavy amounts of damage to a single target. It’s important to note that even when built as a DPS character, Zhongli is still capable of providing his party members with strong shields. Don’t forget to use his shields if you ever want to pair Zhongli up with other powerful DPS characters like Hu Tao and Razor.

Zhongli’s Jade Shield ability from Dominus Lapidis can produce some of the best forms of protection in the game, providing you use the correct build. One aspect of Zhongli that makes him extremely powerful as a support character is his ability to create shields that scale depending on his max health. This means you can protect any of your weaker characters with shields that can withstand over 20,000 damage once set up correctly.

To improve Zhongli’s shields, focus on artifacts that contain health, flat HP, and energy regeneration. The Archaic Petra is perfect as it provides Zhongli with lots of health and increases his Geo damage at the same time. This support build does sacrifice some of the damage from Zhongli’s elemental burst. If you can make up the damage by protecting one of your DPS characters, this is definitely a worthwhile trade.

Due to the destructive power of Planet Befall, we want to regenerate plenty of energy to use this powerful ability every 12 seconds. Equip Zhongli with the Skyward Spine for the highest energy recharge rates. If that’s not possible due to the weapon’s rarity, use the Favonius Lance which gives Zhongli’s Geo attacks a nice damage bonus. 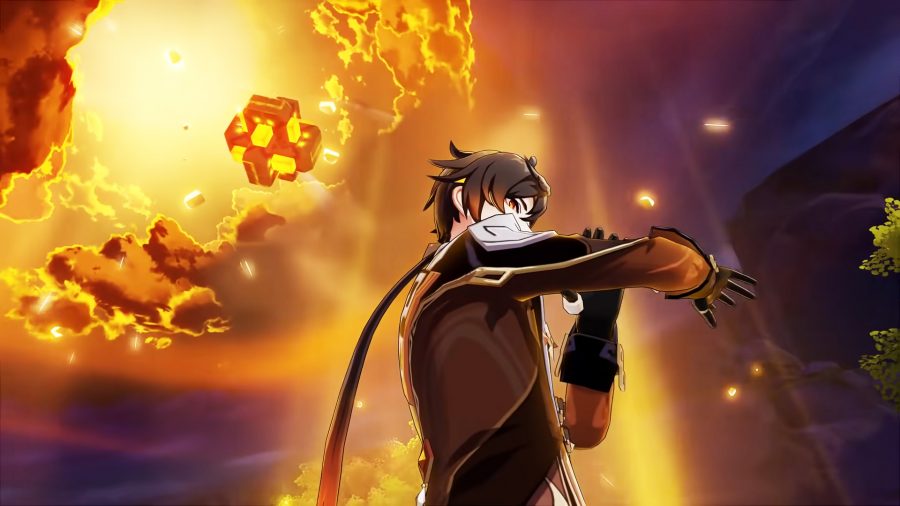 One of the downsides to healers is that you have to avoid damage before healing, whereas Zhongli’s shields activate almost instantly and prevent flinching. Without having to worry about dodging enemy attacks with your DPS characters, you can focus entirely on dealing as much damage as possible.

Zhongli’s shields can become so powerful with Chrysos, Bounty of Dominator that eventually you won’t need a dedicated healer in your party. With this constellation, Zhongli’s Jade Shield now has the ability to heal party members when taking damage, transforming him into one of the best shielders and healers in the game.

Using Zhongli in a support role allows you to safely attack with any DPS character. Klee is the perfect example of a character that heavily benefits from Zhongli’s Jade Shields, as her elemental skill is powerful but can negatively affect your party. We also recommend Yun Jin, the recently released Geo support character who provides huge damage boosts to her party. This works particularly well with Zhongli as your party earns an additional damage boost when using the Jade Shields thanks to the Geo resonance buff.

Zhongli summons a falling meteor to crash down on his enemies, dealing Geo damage to any enemies caught within its area of effect. The meteor also applies a Petrification status to all enemies, stopping them from moving. 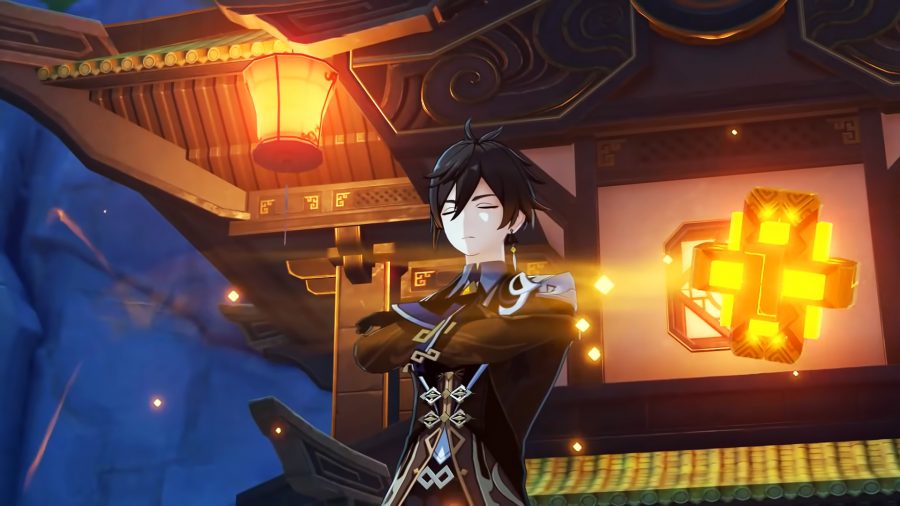