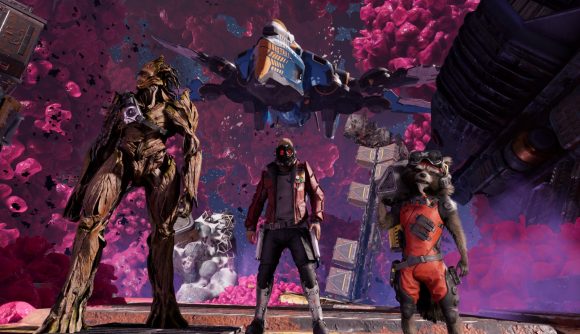 Dozens of online games were unplayable for parts of the weekend due to a Denuvo domain going offline. Service has since been restored, but the downtime angered players in both single-player and multiplayer games that use the anti-piracy and anti-cheat tech, which has routinely been criticised for its impacts on game performance.

VGC reports that players took to social media platforms like Reddit and Twitter Sunday to flag downtimes in their favourite games. These included new releases like Football Manager 2022 and Marvel’s Guardians of the Galaxy, as well as older titles like fighting game Mortal Kombat 11 and strategy game Total War: Warhammer.

In a statement provided to PC Gamer, the company stated: “A Denuvo domain was unreachable yesterday afternoon CET. The problem was fixed after we got notified from our automatic system control. After the fix, there was no whatsoever restriction or limitation for the gamer. Denuvo is working to implement further improvements to avoid such downtime in the future.”

While Denuvo doesn’t come out and confirm this, some players speculated that the problem may have been caused by a domain registration expiring.

@PlanetZooGame @shadowofwargame your DRM provider has let their domain name lapse, and it's killed your game startup… along with multiple other games I imagine. pic.twitter.com/rQk58K4AuJ

The incident highlights some of the core issues with Denuvo and DRM and general, particularly the issue of multiple games suddenly becoming inaccessible for thousands of players due to a problem with a single security provider.

In many cases, developers will remove Denuvo from their games at some point after the launch window, as was the case with the Resident Evil 2 remake, Doom Eternal, and others. That’s not always the case, however, and this weekend’s outages don’t help assuage players’ existing frustrations over the DRM software.