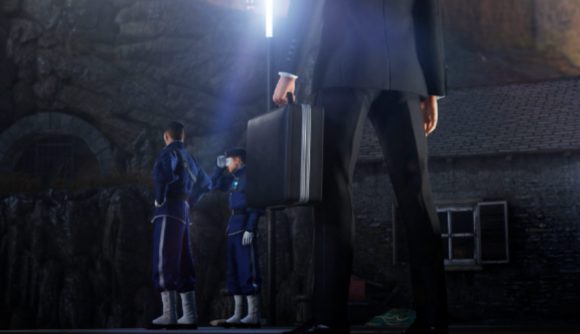 It’s no big surprise that Hitman 3 will include levels from Hitman and Hitman 2 – developer IO Interactive has been strongly suggesting that nearly a year now. That was the case for Hitman 2, after all – if you owned the original Hitman, you’d be able to play all six of its levels, remastered for Hitman 2. That’ll be the case again for Hitman 3, but this time, you’ll also be able to use all the equipment you’ve unlocked in the previous games.

IO Interactive confirmed today that Hitman 3 will include whatever levels you already own in the World of Assassination trilogy, which means you’ll be able to play about 20 maps in the Hitman 3 ‘client’ if you already own the other two games. This time, however, you will also have the option to port over everything you’ve unlocked in the prior games: that includes outfits, weapons, and gizmos you’ve earned from masteries and challenges.

That was not the case in Hitman 2. While you could play all of the levels from the original Hitman in Hitman 2 if you already owned the first game, you’d have to go through each one and re-earn the unlockable gear if you wanted to use it.

To be clear, you’ll have access to new versions of whichever levels you already own in Hitman 3. So if you only own Hitman, the six original levels (Paris, Marrakesh, Sapienza, etc.) will be available in 3, and if you own Hitman 2, you’ll be able to play Miami, Santa Fortuna, Whittleton Creek, etc. in the third game.

The first new level in Hitman 3 is Dubai, and IO Interactive says it starts out “at the top of the world.” During the reveal at the PlayStation 5 event earlier this month, we saw that the Dubai level is set in a luxe skyscraper, and IO Interactive has confirmed that it’s the “tallest building in the world.” That would be the Burj Khalifa, and apparently it’s possible to reach the top with Agent 47 in the game – that’s not just cinematic fluff.