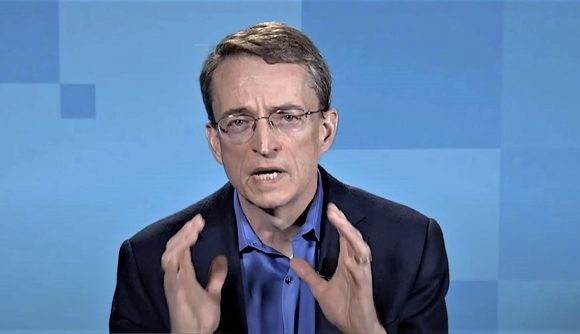 Intel’s CEO Pat Gelsinger hasn’t been shy about the company’s ambitions to become a market leader, even claiming AMD’s gaming CPU crown. In a recent interview with Axios,  the team blue boss adds Apple to its competitor hitlist and says it’ll “fight hard” to snatch a slice of Apple’s business pie using the Alder Lake lineup.

Throughout the interview, Gelsinger maintains a confident attitude towards Intel gaining dominance within the processor space and states that the plan is to “create a more compelling reason for developers and users to land on Intel-based products,” rather than actively trying to win back Apple as a customer. While Gelsinger is vocal about his desire to quash Apple’s custom M1 processor, he also says he doesn’t fault the company’s decision to use its own in-house components. The Intel boss even goes as far as to say that Apple “did a pretty good job,” with its new Mac system on a chip.

The CEO also laces his Apple compliments with bullish ambition, stating that Intel intends to “create a better chip than they can,”. Naturally, this means that Intel’s competitive relationship with Apple is different to the one it has with AMD, as outperforming Apple could both help it gain market dominance and facilitate a re-established partnership in the future.

If one thing’s certain, it’s that Apple’s M1 Max SoC is a force to be reckoned with, especially since it doubles as a 10-core processor and a GPU that’s potentially on par with an Nvidia RTX 3080. That said, Intel’s Alder Lake gaming CPU lineup also looks promising, as features like Xe discrete graphics and an AI upscaler could give Intel a gaming PC edge.

Everything we know about Intel’s 12th gen Alder Lake CPUs

Gaming laptop variants of Alder Lake will use a hybrid architecture, rather than the homogenous core design that AMD’s Zen 3 and Zen 4 appears to be sticking with. Ultimately, this means the blue team could also come on out top when it comes to balancing performance and efficiency.