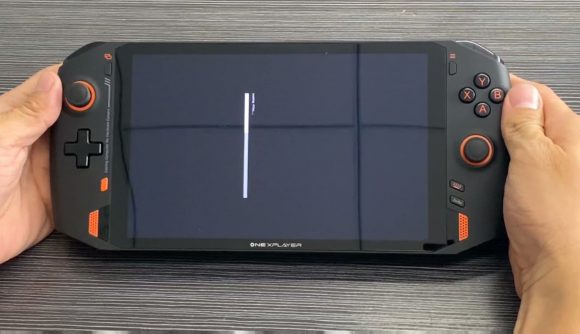 It’s needless to say that Steam Deck will probably turn the heads of PC gamers, but while Valve’s new kid on the block will likely be a top seller, it won’t be the only portable gaming PC on the market. Enter the Onexplayer 1S; an upgraded version of the original handheld that could prove a worthy Steam Deck alternative.

As you’d perhaps expect, the Onexplayer 1S pretty much follows in the footsteps of every other handheld gaming PC. Featuring console-like ergonomics and a Switch inspired aesthetic; this device isn’t shy about its intent. However, unlike both the Steam Deck and its fellow contenders, this unassuming palm PC has Intel’s 11th gen i7 1195G7 at its core. Not only does this allow the device to reach speeds of up to 5GHz turbo, but it also gives it an edge when it comes to gaming performance.

From GPD’s Win Max range of mini gaming laptops to the Switch adjacent Aya Neo, there are already plenty of portable PC gaming options out there. Yet, while these devices can run the latest games with a respectable level of performance, the graphical capabilities of the Onexplayer 1S’s processor set it apart from both its competitors and the Steam Deck.

So, how much of a gaming powerhouse is the Onexplayer 1S? Well, the company claims it can handle Monster Hunter: World at an average of 60fps with default settings, while the likes of Red Dead Redemption 2 maintains around of 46.9fps. This is thanks to the Iris Xe onboard graphics baked into Intel’s 11th gen gaming CPUs, but it’s worth taking this with a pinch of salt until we get a hands-on.

Of course, striking a balance between performance and portable usability is important, so the device naturally also features a ‘turbo button’ that can switch the device into performance mode. In theory, this means that you could increase the device’s longevity on-the-go while maximising its performance while at a gaming desk. It’s also worth noting that this won’t be possible on Steam Deck, as the handheld’s experience will focus on portable performance. 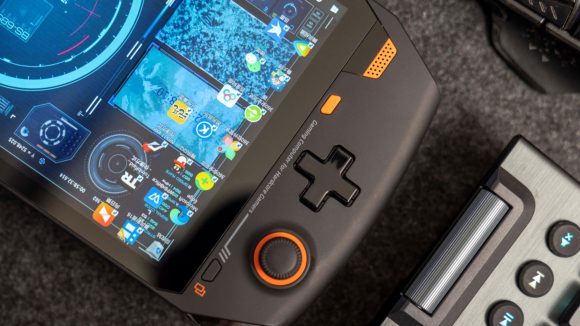 Naturally, the Onexplayer 1S comes with other high-spec features, like a 2.5k resolution screen, 16GB of RAM, and an M.2 SSD for gaming. Nevertheless, the device’s showstopper is undeniably its choice of chipset. Although, as you’d perhaps expect, with power comes a greater price tag. While the Steam Deck comes in at $649 at the top end, the Onexplayer 1S is currently listed for more than $1,000 on AliExpress.

Only time will tell whether some players will opt for the Onexplayer over a Steam Deck, but it’s worth keeping in mind that Valve’s device is suffering from availability issues. So, there’s a chance that competitors could tap into the Steam Deck market even after its release later this year.