Well, League of Legends fans – it’s true. The next Champion headed to Riot Games’ flagship MOBA game is none other than Yone, Yasuo’s supposedly deceased half-brother. LoL Yone leaks and teases have been popping up online for a while, most recently in an animated short that stopped mere millimetres short of naming him as the next Champ headed for the multiplayer game’s roster. Now, it’s official – Riot’s announced the new Champion, and we’ve got the full lowdown on Yone’s abilities, lore, and more. Read on.

While Yasuo has been a playable Champion since 2013, until now, Yone has been confined to League of Legends’ lore. He’s the conscientious older half-brother of the existing Champ, who was slain by his younger sibling following a misunderstanding about the murder of their master, Elder Souma. Yone believed it was his brother’s doing, they battled, and he was wiped out – or not so, it seems.

In the recent anime-style teaser – ‘The Path, An Ionian Myth’ – we saw what appeared to be Yone awaken in a mystical, spirit realm and sword fight with an armed warrior, which we now know was an azakana, one of the “weaker cousins of demons like Evelynn and Tahm Kench”, as explained on Yone’s Champion Insights post.

“The azakana that attacked Yone had been hunting him for some time,” Riot explains, “feeding on the negative emotions he harboured while tracking Yasuo. But Yone died before it had the chance to strike, and when he arrived in the spirit realm it saw an opportunity and struck, intent on devouring Yone’s soul. Yone managed to defeat it – or so he thought – but the consequences were severe. 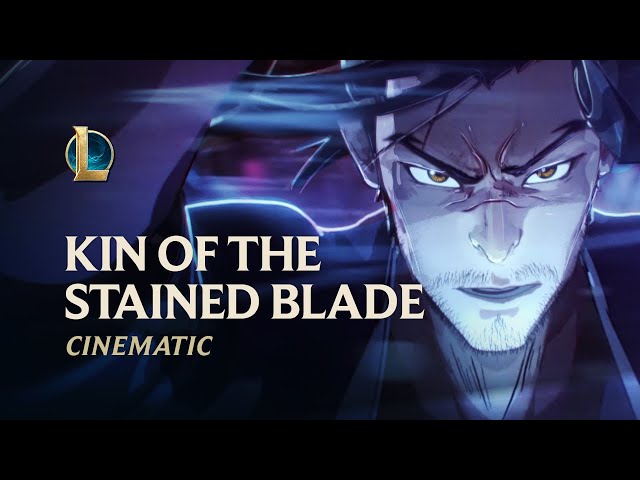 “The next thing Yone knew, he awoke back in the mortal realm with a mask affixed to his face – a mask in the form of the azakana he had just defeated, with the demon locked within.” Gulp.

Yone isn’t totally possessed, though – he has some of its power, sure, and can “literally tear his soul from his body, leaving his mortal form behind to traverse the spirit realm for a brief period of time”, which ties into his abilities. Speaking of which, let’s take a look at those, shall we?

Like Aphelios, League of Legends’ Yone abilities tie into a very distinct playstyle that relies on dual weapons – in this case, two swords, one of which he pinched from the azakana. “Yone was originally designed to be a skirmisher,” Riot says, “which his dual swords lent themselves to well. His human blade deals physical damage and his azakana sword deals magic damage, which gives Yone a mixed damage profile, letting him go toe-to-toe with even the beefiest of bois.” 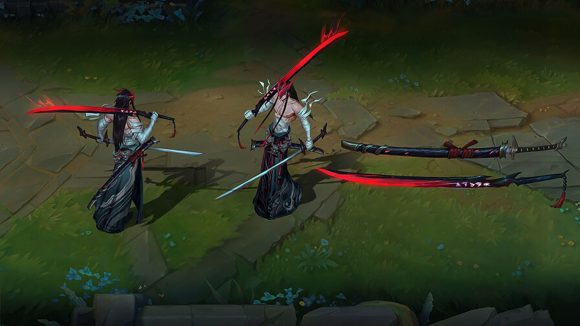 However, “the way he plays around his E and ultimate is really similar to an assassin’,” says Champion designer Jonathan ‘EndlessPillows’ Fuller. “He dives the back line and deals tons of damage to squishy carries. He plays sort of like a skirmisher-assassin hybrid.”

Way of the Hunter (Passive):

“Yone thrusts forward, dealing physical damage to opponents. On hit, he gains a stack of Gathering Storm. At two stacks, Yone can dash forward with a wave that makes enemies airborne.”

“Yone cleaves forward in a massive arc, dealing a portion of the target’s maximum health. After successfully hitting an enemy, Yone also gains a temporary shield. The shield’s power increases per champion struck.”

Summoners while you were playing Yasuo, he studied the blades! ⚔

“Yone can enter his Spirit Form, gaining movement speed and leaving his body behind. When Yone’s Spirit Form expires, he’ll snap back into his body and deal a percentage of all the damage he dealt while in Spirit Form.”

“Yone strikes all enemies in his path, blinking behind the last enemy hit and knocking everyone airborne towards him.” 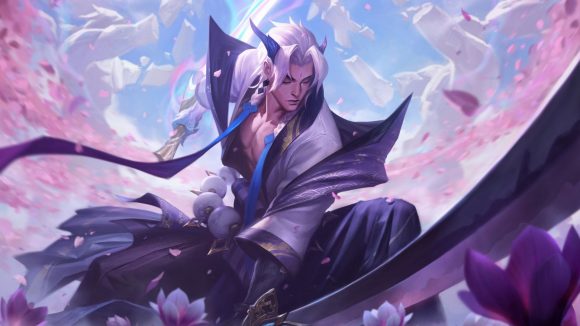 Yone will launch as part of the upcoming LoL patch 10.16, Riot says. That means you’ve less than two weeks to wait before he makes his debut.

If you’re keen to know more about the other Champion who’s just come to the game with this big summer event, head to the recent LoL patch 10.15 notes to find out everything you need to know about Lillia, The Bashful Bloom’s abilities, stats, and more.