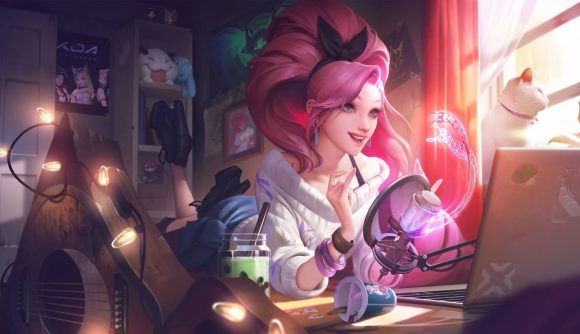 League of Legends Season 11 is off to a roaring start. So far this year we’ve seen a new champion, Viego the Ruined King, a lot of balance changes to improve gameplay, and a bunch of those 140 new skins due in 2021. With the first month of Season 11 nearly over, Riot Games has posted some new “quick gameplay thoughts”, and – among other things – announced it’s still aiming to improve how it launches new champions and VGUs.

“2020’s champions were successful on both the satisfaction and appeal fronts,” gameplay designer director Mark ‘Scruffy’ Yetter says. “The themes and gameplay of Sett, Fiddle, Voli, Lillia, Yone, Samira, Seraphine, and Rell” – the champions released over the course of Season 10 – “aimed for broad appeal among players within their applicable roles and archetypes”. He also notes that the balance of these new additions was “significantly improved” compared to the year previous, with only Samira, the Desert Rose, being quite “significantly off-target” upon arrival in the live game.

However, this year the dev team is still looking to improve – in particular, the “‘good for League overall’ side of new champs and VGUs”. This factors in a range of different champion aspects.

For example, Yetter lists: “strong and clear counterplay, very unique kits that justify each new addition to our roster, lower complexity on average, and more unique thematics to expand our IP even if less popular”. So, it sounds like we can expect future champion releases over 2021 to be less complicated to get to grips with overall – likely welcome news for those who have found releases in the last year or so a little complex to pick up, such as Samira and Aphelios.

Much longer gameplay thoughts today. Going through a "state of the game" rundown covering a bunch of topics:https://t.co/XeAIy0EfkX pic.twitter.com/LVMun1h8iY

Additionally, from Yetter’s thoughts, it sounds like we can expect more variety with those “unique” kits coming into the game – something that should hopefully prevent similar reactions to Seraphine’s release last year, which prompted some fans to call her “Sona 2.0” (though Riot responded by explaining she actually felt very different to play to Sona).

While Riot notes that 2020 was much better in these regards than 2019, it still wants “to go further in 2021”. It’s an exciting insight into what we can expect to see as the next 11 months unfold.

There’s no sign of when we might see the next League of Legends champion or VGU hit the MOBA game, but we do know Rammus is getting an update at some point soon. If you want to know what’s up even sooner than that, check out our League of Legends patch 11.3 notes at that link to find out what’s coming next week.