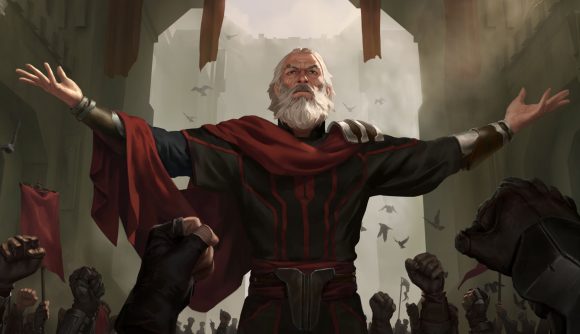 As we hurtle towards spring, Riot’s got another hefty batch of card changes, updates, tweaks, and reworks headed to its flagship CCG, Legends of Runeterra. In addition to a handful of key Champion changes, there are plenty of follower and spell adjustments to check out this round, as well some change-ups for Expeditions Archetypes, the card game’s pacing and feel, and more. Read on to see what’s in store for Legends of Runeterra patch 0.9.2.

First up, in the set of Champ changes Hecarim’s got some pretty important tweaks, with Riot looking to make him “less of a powerful finisher in any deck and more of a specialised Ephemeral deck bomb.” The studio’s looking to “shift Hecarim’s power deeper into his Ephemeral synergy while leaving him a viable, but weaker, option for Shadow Isles decks in general.”

Kalista also gets some important updates, with her “fragility” having been “a key issue” of late. She was the least played Champ last patch, so the studio’s looking to rework her “to much better fit into decks that are interested in killing or reviving their own units”. 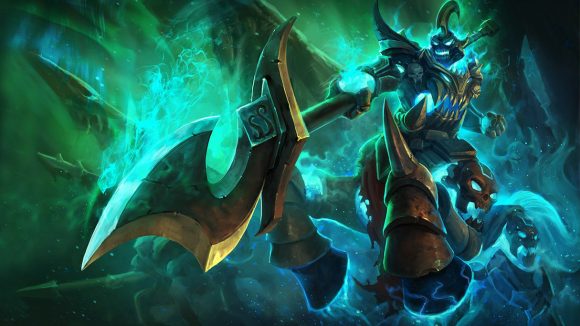 Level 2
Health: 3 → 4
Old text: [Fearsome] Play: Bond with an ally. Grant it +2 | +0 while we are bonded. Attack: Revive that ally attacking and reforge our bond. Level Up: I’ve seen 4+ allies die.
New text: [Fearsome] The first time I attack each round, revive an attacking [Ephemeral] copy of the [Strongest] dead allied follower. This round, we’re bonded and it takes damage for me.
Black Spear / Kalista’s Black Spear

Old text: Play: If you cast a spell this round, remove all text and keywords from an enemy follower.
New Text: Create a {Detain} once you’ve cast a 6+ cost spell this game.

Old text: Give an ally and other allies of its group +3|+3 and [Overwhelm] this round.
New text: Give allies +2|+2 and Overwhelm.

Demacian Steel has continued to be one of the strongest archetypes, so we’re removing a solid card that fits in another archetype and replacing it with something more situational.

Added: Mobilize
Removed: Back to Back

Noxian Might has proven too reliable at taking huge chunks of the enemy’s Nexus with cheap, aggressive units backed by similar spells, so we’re removing an efficient burst spell in favor of one that will give the opponent an opportunity to react.

Shroom and Boom is an archetype that can be very strong when everything comes together, but it’s still a little inconsistent overall. We’re removing a slower Elusive unit in favor of a spell that synergizes with cards like Eager Apprentice and Assembly Bot while providing blockers to buy time for the shrooms to work their magic.

Spellbound more directly revolves around casting spells that cost at least 6 mana due to the new Mageseeker changes, so we’re replacing a spell that’s just a little too cheap with one that fits the bill.

Added: Back to Back
Removed: Detain

Relentless has been helmed by Garen on the Demacia side, which has helped him become the most played champion in Expeditions. To mix things up, we’re replacing him with Lucian, who has a Rally effect on both his champion spell and his Level 2 form. We’re also replacing a unit that saves your other units with one that makes them easier to trade to better support Lucian’s level up.

Battle Scars has still been underperforming, so we’re removing some of the more inconsistent utility cards in favor of ones that are more directly powerful. (Note: The first two swaps were communicated in the 0.9.0 patch notes but didn’t make it in until now.)

Shadows and Dust is simply more dependent than most archetypes on having a solid, cohesive deck since Ephemeral units get stronger the more you’re able to commit to them.

Increased the chance that Shadows and Dust will appear in Wild Picks when it’s your primary archetype.

Total Recall has been struggling to find enough consistent damage sources that can finish off an opponent, so we’re removing one of its weaker cards in favor of an additional Elusive unit.

Arachnophilia could use a little more flexibility in how its spiders clash with much larger enemy units.

You should also get a look at the LoL patch 10.6 notes ahead of the update’s arrival in LoR sister MOBA game later this week, as well our LoL tier list to find out the best League of Legends Champions to play. There’s also a LoL Champions and skins sale on right now, in case you’re looking for a bargain.