We’ve well and truly hit peak here at PCGamesN. The pandemic has heaped triple-A after triple-A on us since the start of October and anyone still claiming that 2021 will go down as a ‘weak’ year for gaming is looking even sillier now than they did before.

In case you’ve missed all the releases, we’ve reviewed Riders Republic, Football Manager 2022, Forza Horizon 5, Call of Duty: Vanguard, Jurassic World Evolution 2, Marvel’s Guardian of the Galaxy, and Age of Empires 4 in the last couple of weeks alone – and there have been some pretty high scores among them. But there have also been dozens of top indie games, and that’s what we’re celebrating right here – well, not right here, just scroll a little further.

As always, the indie release schedule across November is loaded with a diverse range of genres, so expect everything from pixel art tycoon games and crime thrillers, to tranquil survival games and at least two game names that start with ‘un’. Tantalising, huh?

Oh, and if one catches your eye then head to its Steam store page where you can wishlist it or follow for future announcements. 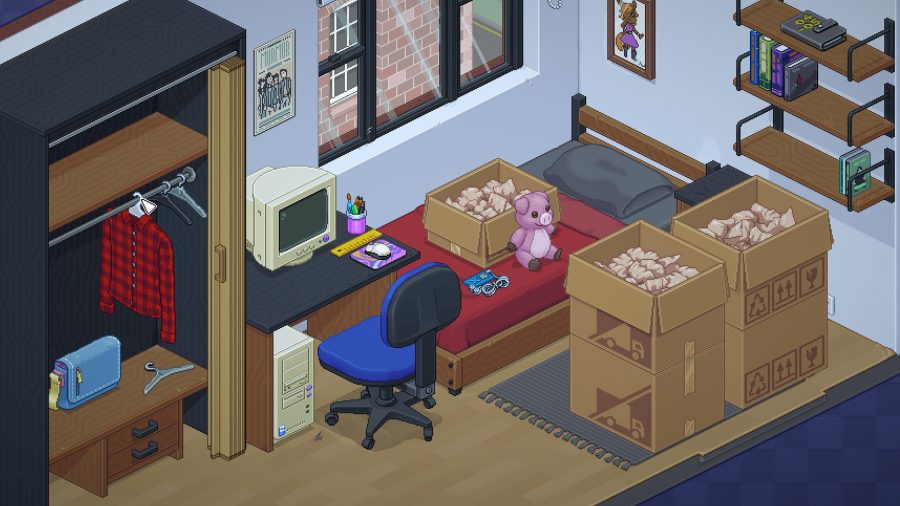 There are many, many awful parts of moving house. Extortionate admin fees, having to rent a van or corral enough friends to help you out, living without internet for even a day if you mess up changing providers. It’s easy to get bogged down in the granular details, but every relocation tells its own story, and in Unpacking you’ll learn a lot about the life of a silent protagonist as you unpack their treasured belongings, one move at a time. It’s relaxing and meditative at first, but eventually you’ll discover a moving story that’s imaginatively told. You can check out Unpacking here. 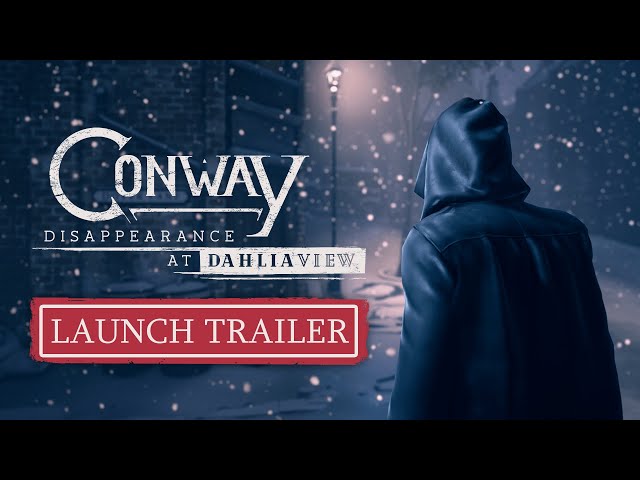 In an incredibly unsubtle nod to Alfred Hitchcock’s one-location thriller Rear Window, Conway: Disappearance at Dahlia View casts you as a retired detective Robert Conway, who witnesses what he believes to be a crime right outside of his apartment window. After learning that a local girl has been kidnapped, Conway decides to launch his own investigation, which means interviewing your neighbours in a very unofficial capacity. The story is pretty linear, but between spying on suspects through your window and deciphering the truth from a bounty of malicious rumours you’ll find an grabbing, observational detective thriller. You can check out Conway: Disappearance at Dahlia View here. 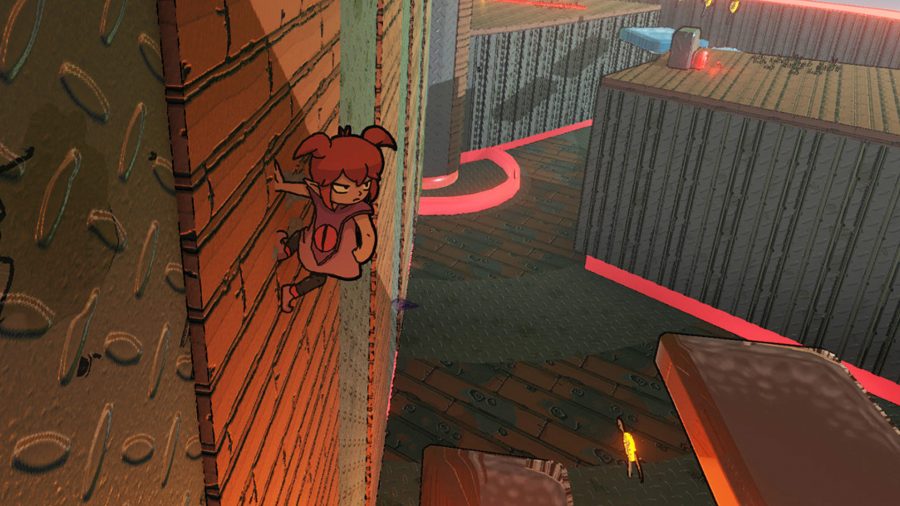 If you recognise Demon Turf’s publisher, Playtonic, then you should have a very good idea of what this 3D platformer is all about. Plenty of personality, a vibrant world, and some superb jumping. You play as Beebz, an ambitious demon who wants to rise through the ranks of hell, claim the titular demon turfs, and become the queen of the realm. The combat can get a little repetitive, but the fast-paced gameplay, tight controls, and copious unlockables make this a worthwhile trip for fans of old school platforming games. You can check out Demon Turf here. 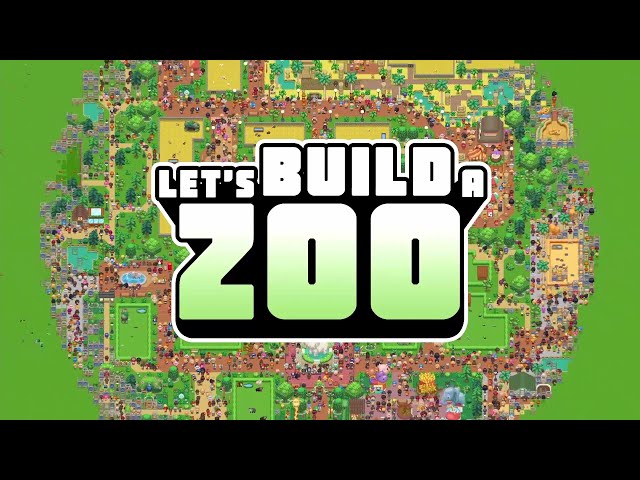 It’s not been a bad few years for zoo-building management games with the likes of Planet Zoo and Jurassic World Evolution 2 offering robust simulations of their respective wildlife-caging fantasies. Let’s Build a Zoo’s top-down, pixel art style looks fuzzy and warm, but it hides a surprisingly complex tycoon game. You also get to play God and start creating animal hybrids, which would probably feel at odds with the cuddly aesthetic if you didn’t end up with an adorable herd of chickows or flock of owlybaras to tend to. You can check out Let’s Build a Zoo here. 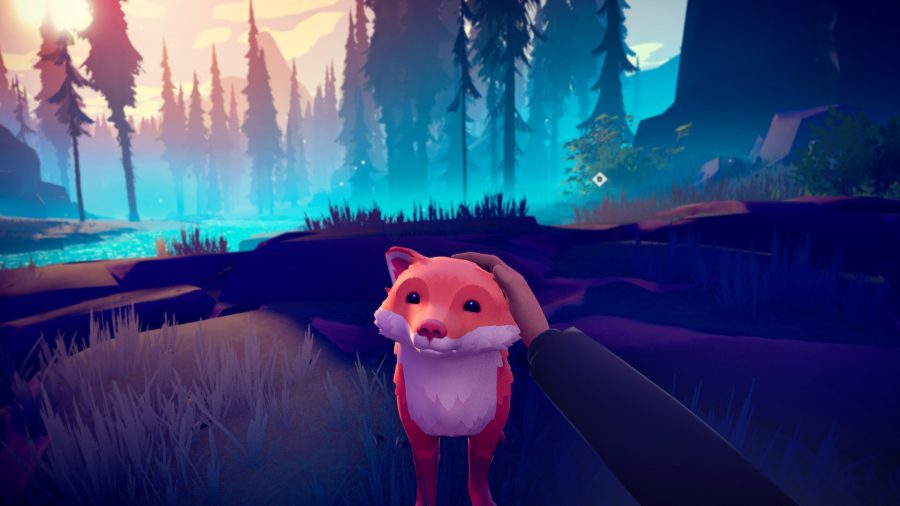 Leaving early access and arriving on Steam simultaneously, Among Trees has been quietly and steadily improving since launching on the Epic Game Store last summer. The transformation is relatively slight compared to games like Valheim and Raft, but then this is a very different type of survival game. There are a couple of threats to navigate in the pristine low-poly wilderness, but for the most part Among Trees is about hiking, foraging, and gradually upgrading your cabin. While most survival games pit you against nature, Among Trees is all about coexisting with it. You can check out Among Trees here. 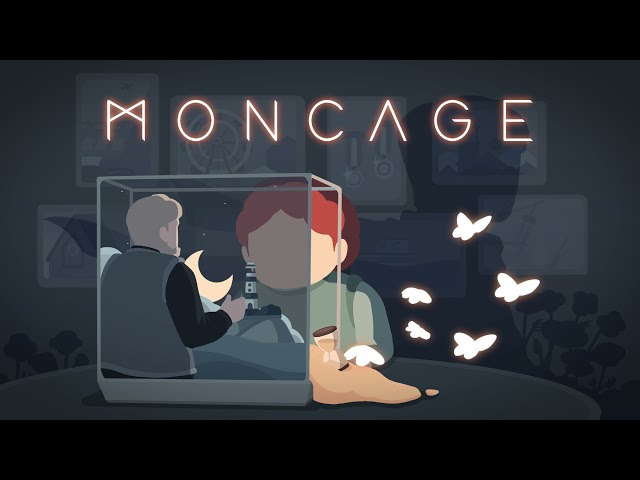 This one’s not going to be easy to explain, but we’ll give it a shot. Moncage is a puzzle game all about perspective. Every level has you poring over a box with a series of illusions and scenes presented across its faces, and it’s up to you to explore each of these little worlds and connect the dots between each side. It’s deceptively simple, but there’s a comfort in knowing that all of the solutions are right there in front of you, you just have to find the right angle. You can check out Moncage here. 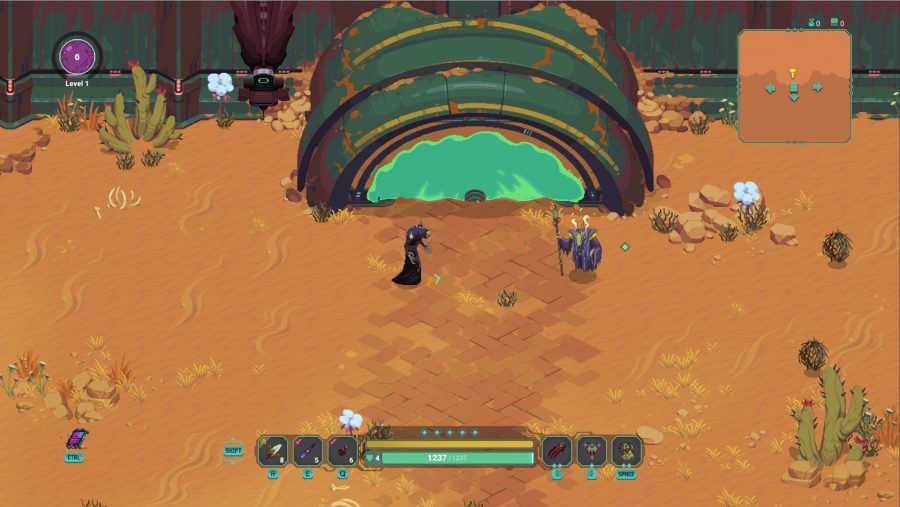 Colourful hand-drawn environments and slick hack-and-slash gameplay are unlikely bedfellows, but Undungeon confidently marries the two, while also tying in its own distinctive sci-fi setting and lore. The basic premise is that several dimensions have crashed together and it’s up to you to voyage through the different worlds and restore the universe. You start out as little more than a skeletal warrior, but as you slay your way through each dimension’s mutated critters you’ll unlock various glands and organs that you can equip for passive buffs and combat abilities. It’s brash, gross, and beautiful all at the same time. You can check out Undungeon here.