Lost Ark dungeons are the main endgame activity and something you’ll become familiar with as you level up your items. Chaos Dungeons are single-player dungeons that reward you with Lost Ark engravings, rare currency, and high-level equipment – though you’re limited on how many times you can run them. Abyss Dungeons are a team effort and the best way to get rare accessories to boost your engravings.

This guide explains how to unlock both dungeon types and what item levels you need for each, along with a few handy tips for tackling the tougher challenges.

You want a good Lost Ark class and strong build for both challenge types. Make sure to use the Powerpass if you have regrets about your initial class choice so you can hit the ground running without grinding through the story again. Unlocking your Awakening Skills before getting started is also a good idea, though it takes a bit of effort and several hours to get them.

How to Unlock Chaos Dungeons in Lost Ark

Chaos Dungeons unlock after you complete the main storyline, completing Ealyn’s Request questline, and after you reach level 50. If you’re not at that level yet, pick up some late-game side quests or grind a few dungeons to get some additional XP. After completing the Ealyun questline, you get your first Powerpass and the option to run Chaos Dungeons – to an extent.

Related: How to level up quickly in Lost Ark

Similar to Guardian Raids, you can only run a Chaos Dungeon once you’ve met the initial item level requirements. Chaos Dungeons are the primary way to get high-level engravings, items for other endgame activities, and higher-level equipment to raise your item level. Expect to run these several times.

You can access Chaos Dungeons by finding the yellow pedestal in most major cities. 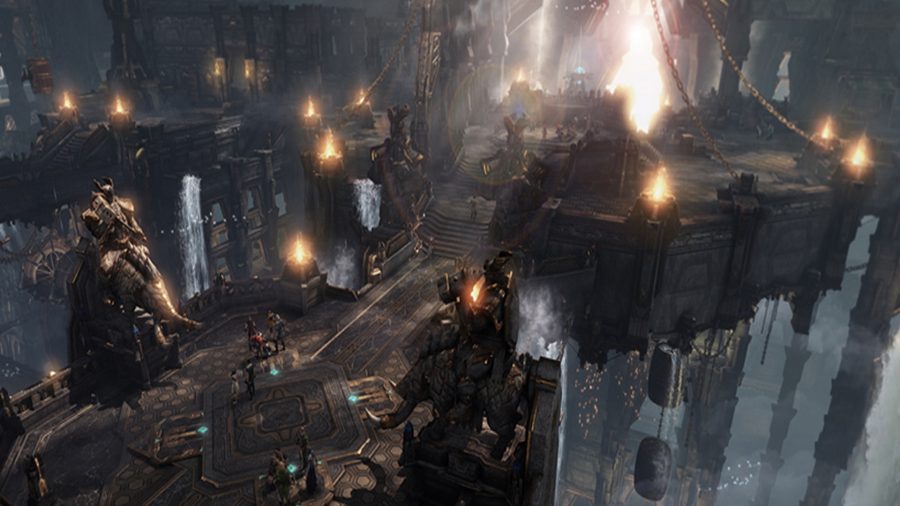 Lost Ark limits you to completing two Chaos Dungeons per day through the Aura of Resonance system. You have 100 Aura each day and completing a Chaos Dungeon consumes 50 Aura. You can technically still complete Chaos Dungeons after your Aura is used up. You get barely any rewards for doing so, though, which makes the exercise pretty pointless.

Also, like Guardian Raids, Chaos Dungeons have their own Rest Meter. For every 50 points of unused Aura of Resonance, you get ten Rest Points. You can consume 20 Rest Points to increase the amount of loot obtained in the next Chaos Dungeon run and the meter caps out at 100 Rest Points.

Chaos Dungeons are more difficult if you have more people in your party, and most players usually recommend tackling these alone to avoid dealing with stronger mobs and bosses.

Regardless of level or location, Chaos Dungeons all follow the same format. Each dungeon has three phases and a specific objective to complete before the timer runs out. Clearing the objective resets the timer for the next phase, so you usually have ample time to complete them.

The first phase is just defeating enemies until they stop respawning. AoE attacks are the natural choice for this, so prioritise a build that gives you at least a few strong moves. Try grouping enemies together as much as possible so you don’t waste time tracking them down individually. Hop through the portal as soon as you can to reach the next phase.

The next step pits you against a miniboss and then a world boss. Bring your most powerful skills for this phase, and throw in an Awakening Skill if you have unlocked them already.

Phase 3 also requires you to defeat minibosses, but they only spawn after you shatter the rift crystals scattered around the arena.

You’ll occasionally see a gold portal instead of the usual one. Entering this takes you to the Chaos Vendor, where you can purchase rare and useful items, including Harmony Shards. The vendor only takes Perception Shards, Disorder Crystals, and their higher-tier variants as currency. 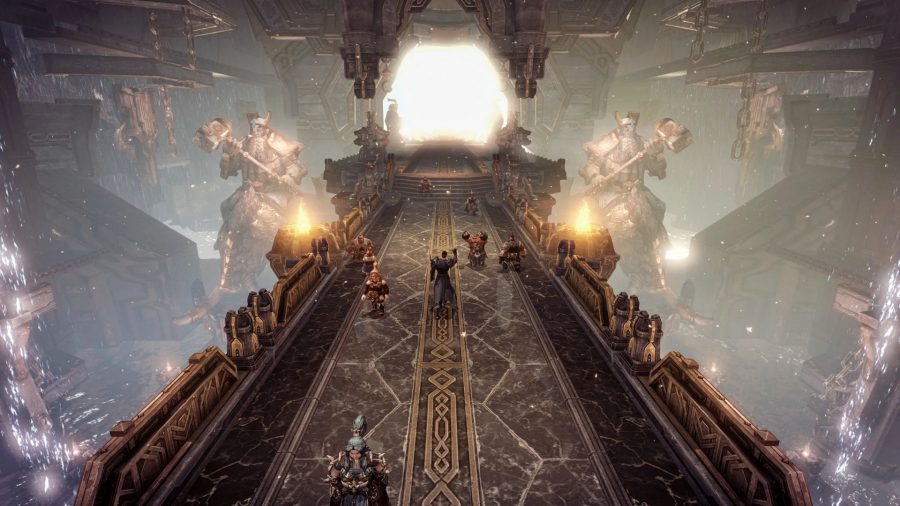 Once you clear a dungeon, you get a cache of loot, including Harmony Shards, Ability Stones, and more. 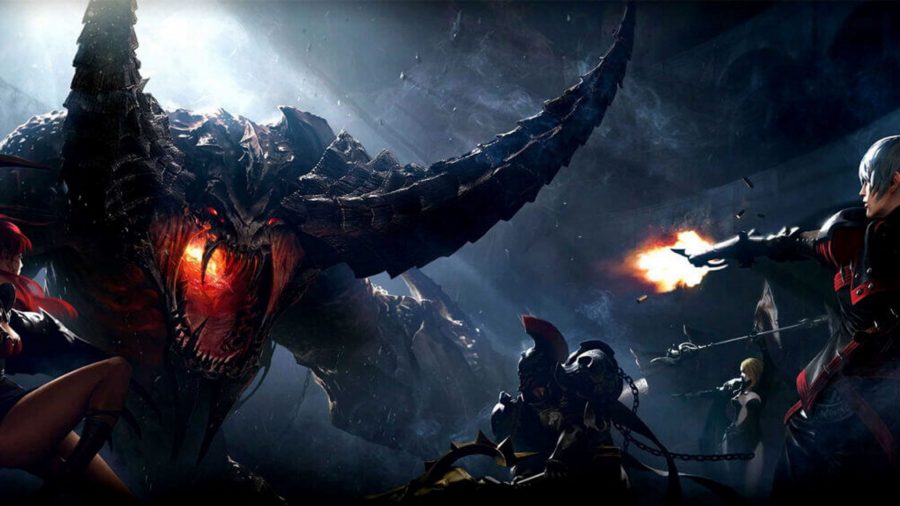 These are all the Chaos Dungeons in Lost Ark and what their item level unlock requirements are at each level. 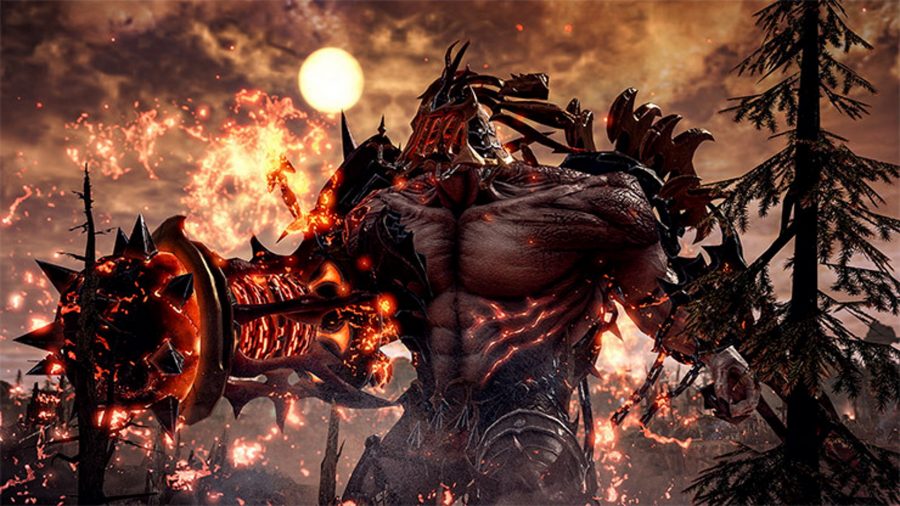 Abyss Dungeons work a bit differently. You’re required to party up with other players for these, and similar to Guardian Raids, the goal is defeating a specific set of bosses. Unlike Guardian Raids, Abyss Dungeons are the primary way to raise your item level once you hit level 50. You have a chance to earn higher-level gear with each completed Abyss Dungeon, and outside of crafting, it’s one of the only ways to progress in the endgame. 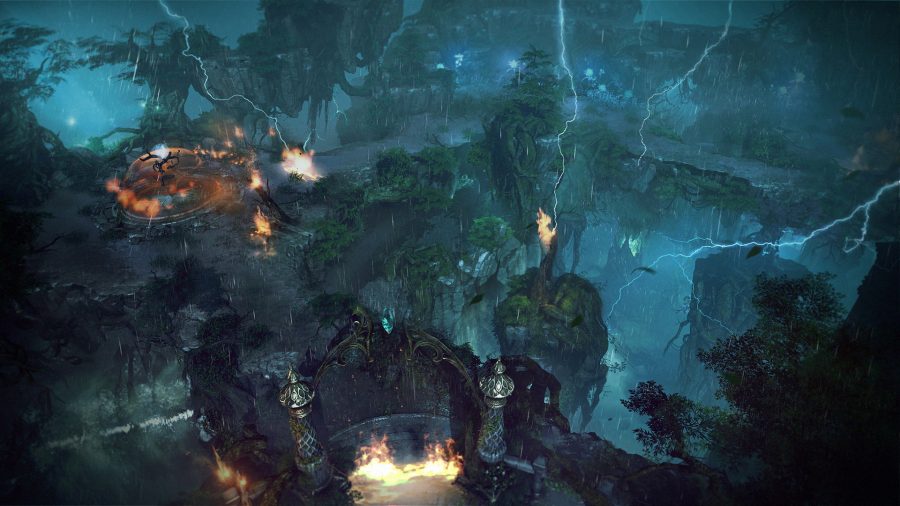 There are five Abyss Dungeons, each with at least one variant on the bosses you encounter. The variants have the same item level requirements, so if you can unlock one, you can run the other as well.

Hall of the Twisted Warlord

Now you’re all set to take on Lost Ark dungeons, here’s where to find Mokoko Seeds in Lost Ark to level up quickly, and how to earn Lost Ark gold.