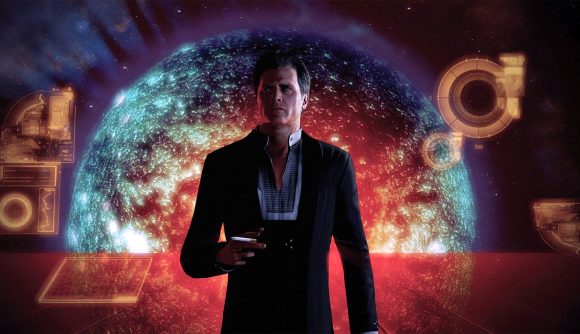 Mass Effect 5 is definitely in production, as BioWare confirmed at the Game Awards last year in December, and we haven’t heard much about it since then. Now it’s looking extremely possible that EA may be looking to use the Unreal Engine to run the new Mass Effect, ditching EA’s own Frostbite engine despite it still being used to power Dragon Age 4.

It has long been mandated by EA that all of the publisher’s internal games would utilise DICE’s Frostbite engine – since around 2016, in fact – despite the significant problems brought by the fact that Frostbite didn’t really work well with RPGs. BioWare’s Mass Effect: Andromeda and Anthem suffered as a result – especially in comparison to Mass Effect 1-3, which used the Unreal engine.

Now it looks like BioWare/EA might be considering a return to the Unreal engine for Mass Effect 5. A new job listing for a technical director on the new Mass Effect specifically requires “experience with Unreal Engine 4+” with no mention of any other engines, least of all Frostbite.

Beyond that, industry commentator Jeff Grubb posted a report on GamesBeat where Grubb writes that “multiple sources” confirmed that “everything is on the table when it comes to tech for a new Mass Effect” – including Unreal. Grubb also suggests that the new Mass Effect has barely even entered development yet and won’t start properly until 2023, meaning fans shouldn’t expect to see Mass Effect 5 until 2025 at the earliest – at which point, Frostbite could look very creaky.

At present, EA and BioWare are really considering all possibilities for Mass Effect 5. And a tech director is important to oversee that process. The company wants to embrace next-gen visual tech, and by 2023, when ME dev starts in full, Frostbite could be far behind Unreal.

Dragon Age 4 will still be using the Frostbite engine, but don’t expect to see even that until 2023 at the earliest – despite the game “making great progress” apparently. Neither Dragon Age 4 nor Mass Effect 5 appeared at EA’s E3-style showcase in July, so if you want a taste of Mass Effect you’ll have to stick with the Legendary Edition for at least the next few years. Or, y’know, give Andromeda another shot.