Trying to tame a fox in Minecraft? If you’re having trouble taming these aloof passive mobs then we’ve put together a guide on how to tame a Minecraft fox and everything else you need to know about these adorable fluffy tailed Minecraft mobs.

Minecraft foxes spawn in taiga, giant taiga and snowy biomes and are nocturnal mobs, making them more likely to spawn at night, especially in forests. Minecraft foxes found in snowy biomes have white fur, but have the same behaviour as foxes found in other biomes. They usually spawn in groups of 2-4, with a 5% chance of them spawning as baby foxes.

Foxes in Minecraft have a 20% chance to spawn holding items, which include an emerald, rabbit foot, rabbit hide, egg, wheat, leather, or a feather – presumably these are from their prey. If you spot a fox sleeping with one of these in its mouth, it could be tempting to sneak up on it, but a fox will wake if you step onto an adjacent block. If a fox sadly dies from a wolf attack, or player, it drops one or two experience orbs. Here’s everything you need to know about Minecraft foxes, including how to tame a fox in Minecraft and where Minecraft foxes spawn.

You’d think that foxes in Minecraft would be used to players approaching them by now, but alas, they will flee from you as you approach, that is unless you use sneak up on them. The same goes for Minecraft foxes when approached by wolves, they really don’t like these mobs, as they will scamper on sight. If you want your fox to stick around, they are actually very loyal companions once they trust you and will attack any other mob that attacks your player.

Untamed Minecraft foxes aren’t scared off by all mobs, however, and they’ll attack fish, chickens, rabbits, and baby turtles. Their ability to leap fences and walls means they can wreak havoc on a Minecraft village, which they tend to visit at night. 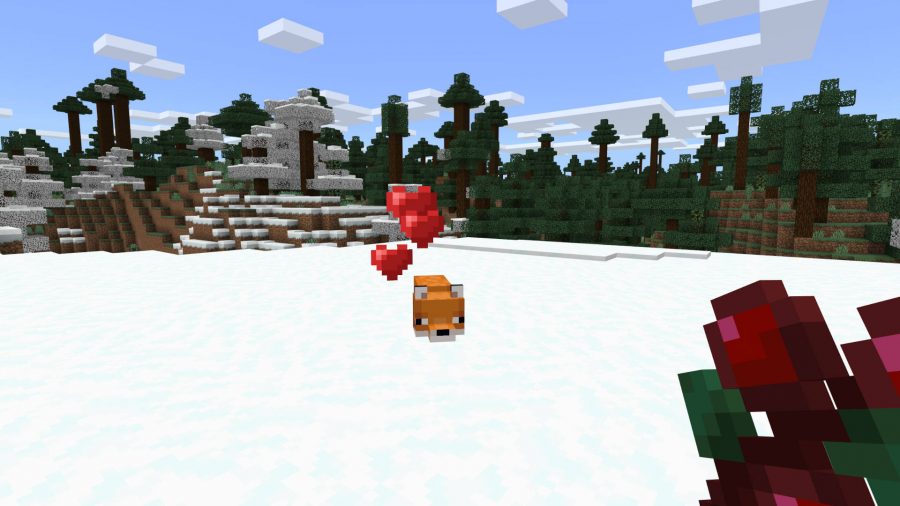 How to tame a fox in Minecraft

Naturally spawned baby foxes will also not trust you, but if you use a sweet berry (which foxes love) on two adult foxes, the baby they produce will indeed trust your player. Although baby foxes have a habit of following adult foxes, you can attach a lead to your new tamed bubba fox until it matures to stop it wandering off.

That’s how you tame a fox in Minecraft, if you’re leading your new tamed fox out into the Minecraft wilds, check out what to do if you come across a phantom in Minecraft.

We also have guides on other notable mobs in the recent Minecraft 1.17 update include axolotls, glow squids, and goats. As for upcoming mobs, the Minecraft 1.18 update will include the fearsome Warden.