Want to know where the glow squids are in Minecraft? One of the newer Minecraft mobs, the glow squid arrived in the Minecraft 1.17 update. It’s a variant on the regular squid that, aside from its sparkly appearance, doesn’t really do much except look pretty. They bimble along without a care in the world, well, that is until you accidentally hit them like the monster you are.

Minecraft glow squids are worth tracking down, qw these jazzy cephalopods drop glow ink sacs. These sacs only really have a couple of cosmetic uses, mostly illuminating text on signs. Nevertheless, the effect does make the text stand out, particularly useful if some hooligan mob somehow dislodges your torches. In any case, there’s nothing wrong with a sparkly sign.

So if you really want to get your hands on the glow ink sacs, we’ll tell you where to go to find the Minecraft glow squids, how you can use the glow ink sacs on your signs, and how to change them back to normal if you tire of their glowing effect.

You can find glow squid underwater in dark places or in Minecraft Lush Caves. They don’t attack you but will dim whenever you attack them. Killing glow squid nets you one to three glow ink sacs. 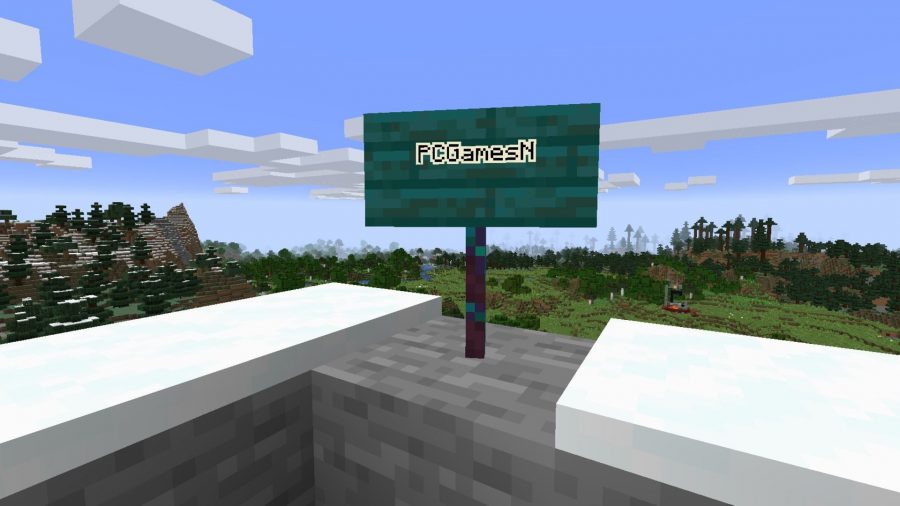 And, surprisingly, that’s everything to know about Minecraft glow squid. It’s a simple yet cute creature of the deep. Sure they’re nowhere near as fascinating as the axolotls or as charming as the goats, but at the very least, they’re not going to be as terrifying as the Warden coming in the Minecraft 1.19 The Wild update, alongside with everything else!