Looking for free Minecraft games? If you've exhausted Minecraft, or you're looking for games similar to Minecraft but don't want to pay the price tag that comes with them, these free Minecraft games will fill that block shaped hole in your life. These games may not feature the same creative and survival modes Minecraft is known for, but they should keep you entertained.

Although these games aren't one-to-one replicas of Minecraft, some of them get incredibly close and Minecraft lovers are sure to find something they recognise and love from Mojang's blocky universe in each of these six games such as survival-horror Unturned, or the endless possibilities of Roblox's mad player-created worlds. Or if you're new to Minecraft, these free alternatives provide a little taste of the block-building behemoth.

Whether you enjoy crafting, building, adventuring, surviving, or even just Minecraft's aesthetic – these free Minecraft games do veer off the Minecraft formula in a number of ways, but in return they offer something a little bit different. Keep reading for your gateway to more of the same block-building tranquillity that Minecraft serves on tap.

Trove is one of the best building games with a very similar aesthetic to Minecraft, but with an emphasis on the RPG aspect like leveling up and grinding for loot. You start off in Trove by picking a class of your choice, ranging from RPG archetypes like Knight and Barbarian, to more extravagant builds like Dino Tamer and Tomb Raiser. Each class gives you a distinct set of attacking abilities and crafting specialities for when you’re out roaming the many biomes of this open-ended adventure game.

Like Minecraft, Trove has plenty of building and crafting mechanics to make the world your own, as you start out in Trove with a small base, known as your cornerstone. One of Trove’s best features are the countless player-created worlds called Clubs that you and online friends can explore as you take down creatures and craft new weapons – continually building up your cornerstone full of loot and goodies. 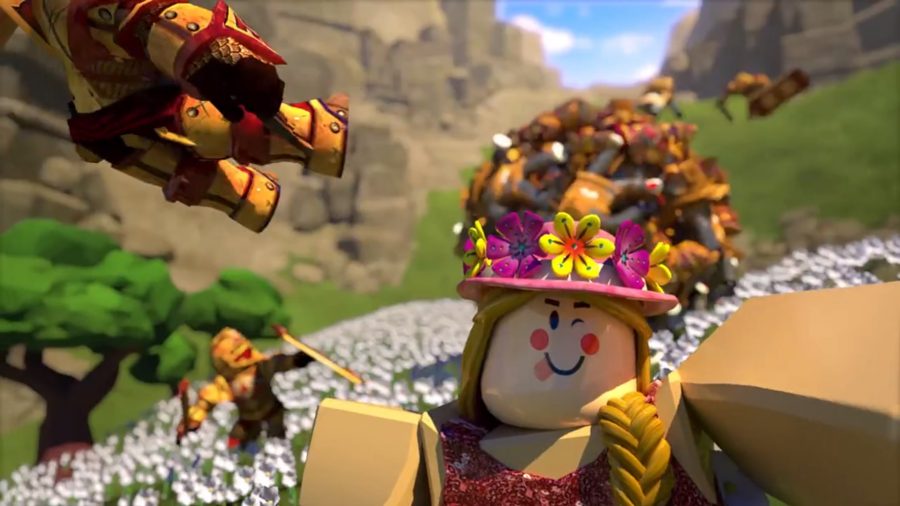 You’ll recognise a lot of Minecraft in Roblox’s building and creativity, as Roblox is one big game-generation platform that provides endless crafting possibilities. If your favourite part of Minecraft is tinkering with the Minecraft maps and digging out the best Minecraft servers, then you’ll feel right at home in Roblox, but instead of creating maps, you’ll shape the player experience by creating mini-games themselves.

Related: The best crafting games on PC in 2021

These player experiences can be anything from simulations like building the ultimate theme park to working in a pizza kitchen. It’s also become a bit of a hub for younger players; the game creation platform hosted a Lil Nas X virtual concert in November 2020. With over 120 million monthly active users there’s a lot of creativity for new players to sample in the best Roblox games. 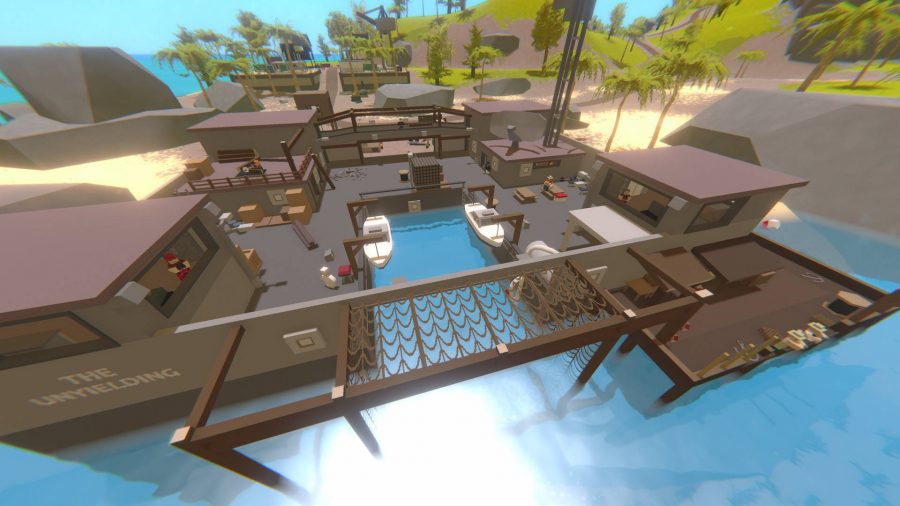 Unturned is a Day-Z-like zombie-survival game with the bright, blocky aesthetic of Minecraft. Players are dropped into an enormous map where you can craft and build using gathered resources, always remaining aware of lurking zombies and other players out for your loot.

Related: The best zombie games on PC in 2021

Being both gory and charming is no mean feat, but Unturned seamlessly mixes the grim reality of a zombie apocalypse with cutesy voxel art. It’s pretty easy to die and finding the balance between scavenging for loot, avoiding zombies, and remaining quiet so you go undetected – all while keeping fed, watered, and well rested, is really a challenge.

Unturned is still seeing free updates with the new Kuwait map taking the zombie-infested world to a land filled with oases, oil refineries, and weird floating monoliths. There’s also a bunch of bank vaults that you can plunder with your team, for challenge players to drag races in the open desert. 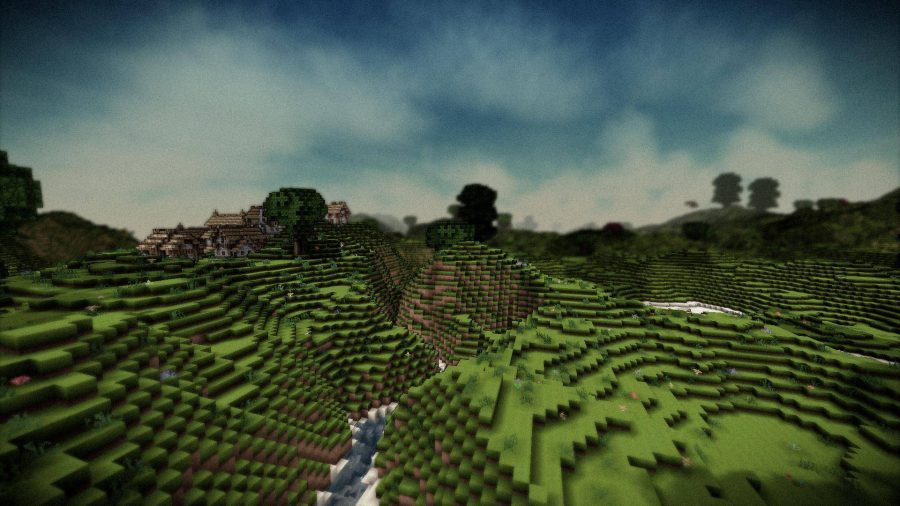 Probably the game that looks the most like Minecraft on our list, in fact it was inspired by a Minecraft demo so you’ll definitely recognise a lot of Minecraft in Terasology’s world-building. There are different terrains, cities and villages, and even lots of weird and wonderful AI critters, such as Gooey, which are little slime blocks you can breed.

Terasology is currently in open-development, so anyone can hop over to github and tinker with its progress – or if you’re a bit lazy you can just download and install the many quests and systems developed by others. If you want to be actively involved in the creation of another Minecraft-like game, Terasology might be the next big thing. 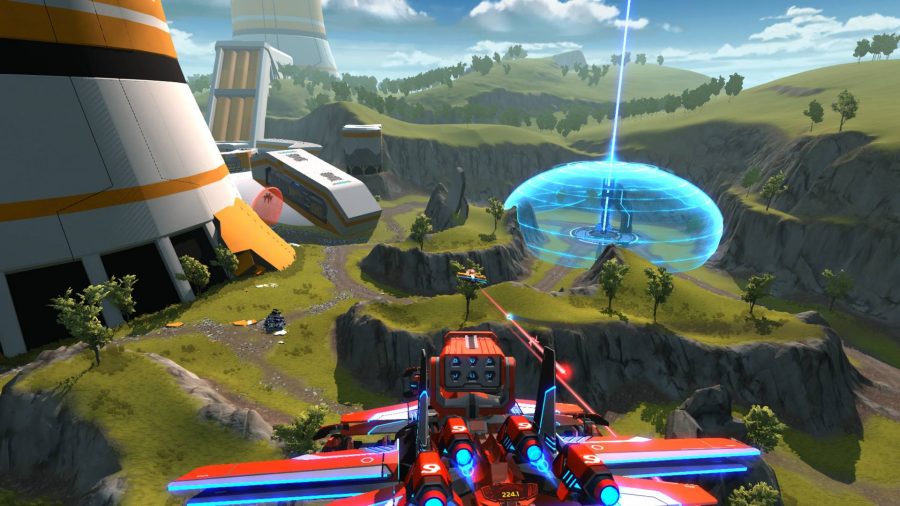 Robocraft is a sci-fi engineer’s dream, as you build robots that can fly, shoot, defend, and ultimately demolish. It doesn’t boast the open-world adventuring of Minecraft as it’s more of an arena shooter with a PVP focus, as you pilot your creations in battle, taking on other player creations in multiplayer matches set on different planets. It’s like Robot Wars team matches set in space… what’s not to love?

That said, it’s still got an impressive crafting and building mechanics that are very intuitive, and allow for an impressive amount of customization. There’s a practice mode available once you create your vehicle so you can get the hang of driving it. After all, that gun-mounted T-Rex mech you just built may look great, but if you can’t control it then you’re in for a painful time in the arena. 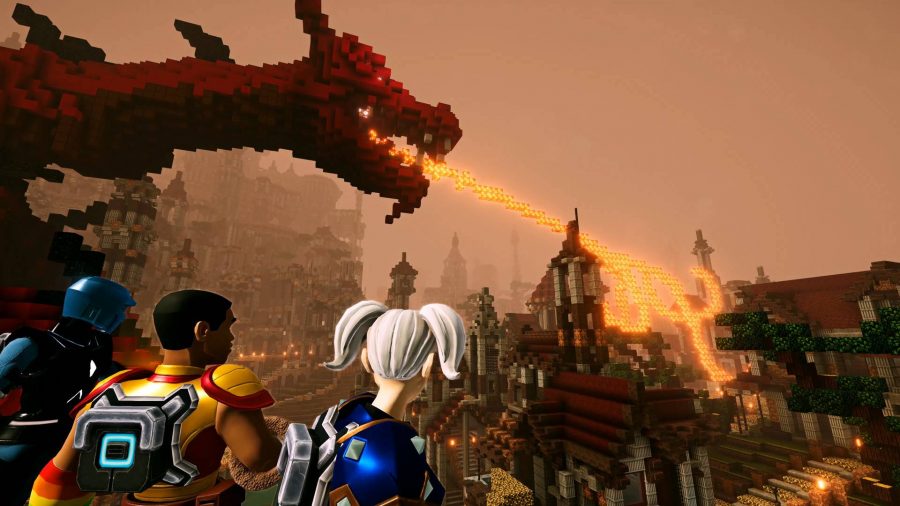 Creativerse is a voxel-based sandbox game with heaps of building mechanics, player-created worlds to explore, and the option to play both online with friends or solo. Creativerse is completely free and with Steam Workshop support you can mod to your heart’s content.

Gameplay wise, this is one of the most similar games to Minecraft on this list. You’ll start out with just a stick but can quickly transform your map by gathering resources, hoovering up blocks, and crafting new items and tools using recipes. The creatures are also very adorable and the cartoonish art style of Creativerse really brings creations to life.

It’s also worth noting that while Creativerse is free to play and there’s tons of stuff to do without paying a single penny, there’s a couple of bundles available to give you extra items and additional functionality (such as creator mode, and the ability to customise your game world).