Looking for the Minecraft title seed? Although players have discovered many of the best seeds in Minecraft over the years, one that’s remained elusive is for the open-world game‘s title screen. Finally, a group of Minecraft researchers have solved the mystery.

The revelation was announced on Reddit, with an explanation of the process therein. The seed in question is for the panorama that can be seen on the title screen from versions 1.8 through 1.13.1, a stretch of seven years that lasted 2011 through 2018, and one of the most iconic images associated with the block-builder. “Everyone should be familiar with this world. It’s the one that always appeared on Minecraft’s main menu (title-screen), blurred and slowly rotating around,” Reddit user Tomlacko writes. “It first appeared in 2011 for Minecraft Beta 1.8 and stayed for many years, until it was only recently replaced in 1.13 and every version after that.”

To find it, the group used [email protected], an ongoing collaborative research project in which people’s idle computers are used to scan the many environs for specific landmarks. Within 24 hours, the seed for the title screen panorama was found by a [email protected] user. The location has since been verified, and the coordinates released.

How to find the Minecraft title seed

To find the seed, here’s the information you’ll need:

A video comparison showing that it’s the exact same spot as in Minecraft’s starting screen was put on YouTube, which you can see below: 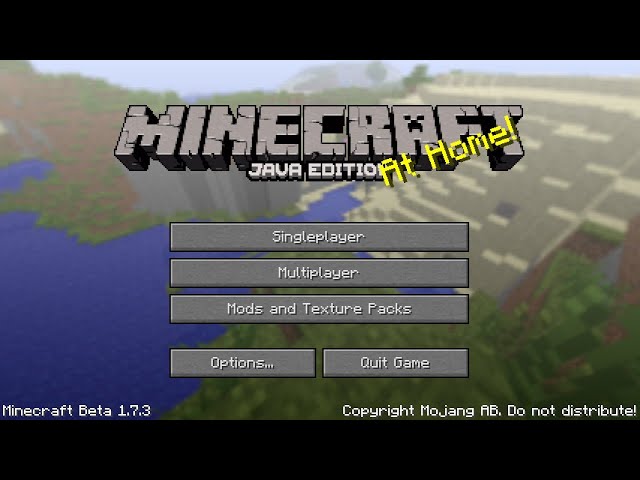 This disparate crew aren’t the only researchers digging into Minecraft’s possibilities – scientists are using it to help teach kids about diabetes. With so many great projects, it’s no wonder Minecraft entered the Video Game Hall of Fame this year. We have more of the best Minecraft maps, if you’d like to do some adventuring of your own, and the best Minecraft skins, if you want to look your coolest while you’re at it.