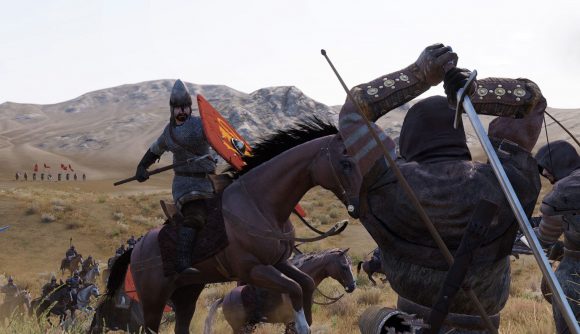 Mount & Blade II: Bannerlord has been out for just shy of two weeks, and in that time it’s received a patch or hotfix just about every day. That’s perhaps to be expected in an early access title, but developer TaleWorlds says it’s changing up its process for patch deployment by opening up two opt-in testing branches to the player community.

Bannerlord’s latest patch, version e1.1.0, adds public alpha and beta branches to Steam. You can select either by right clicking on Bannerlord in your Steam library and opening properties. In the window that opens, select the beta tab, and use the drop-down menu to select the version of the game you want to use. Steam will then update (or roll back) your installed version automatically.

Here’s what TaleWorlds says you can expect in the test branches. “The beta branch will include content that has gone through our internal testing and will be exposed to public testers for at least one week,” the studio says. “During this period, we will address discovered issues with hotfixes.”

So, in other words: a beta version will go out to players who have opted in, and they’ll get a chance to play it and give feedback on it for a week, during which TaleWorlds will apply hotfixes to fix issues beta players discover. After that period, the hotfixed version of the beta will move to the public branch.

Then there’s the alpha branch, which hasn’t yet shown up on Steam. TaleWorlds says it’s “intended for players, modders, and explorers that wish to be as close to development as possible – even at the cost of stability.” The studio says it plans to update that branch daily, or close to it.

It’s early days yet, but we’ve put together a guide to Mount & Blade II: Bannerlord mods, and a separate guide to some Bannerlord combat mods that transform the tactical fighting. If you’re more interested in growing your in-game nest egg, here’s our guide on how to make money fast in Bannerlord.