The Void Gauntlet is a magic weapon that shoots ranged projectiles that deal – unsurprisingly – Void damage. It’s not used exclusively as a ranged weapon, though, as it can also summon a Void Blade that performs melee attacks. Holding ‘block’ converts your health into mana over time. This may seem like a dangerous trade off, but crucially, several Void Gauntlet abilities provide healing to yourself and allies – making it the only other source of healing in the game aside from the Life Staff. Like the Life Staff, the Void Gauntlet’s healing also scales based on your focus, making it the second weapon in the game to use the focus attribute.

The Void Gauntlet abilities are split into two skill trees: Annihilation and Decay. Annihilation is primarily used to deal significant damage, and Decay skills are focused on healing and debuffs. Both playstyles are viable in both PvP and PvE – we’ve put together the best Void Gauntlet builds for every situation below, including recommended perks and abilities shown using the New World Fans fansite’s skill tree tool.

The best Void Gauntlet PvP build is Void Gauntlet and Life Staff. There are several different viable PvP builds with this combination, as it provides excellent support utility, solo survivability, and damage – but it can’t do everything at once. Our recommended build focuses on high damage output, using the Void Gauntlet’s Void Blade for significant melee damage, but we also have a few tips for alternative PvP approaches, too.

The Void Gauntlet’s damage scales from intelligence, its healing scales from focus, and constitution is vital to survive in PvP. Your ideal stat allocation depends on your chosen playstyle and the best New World gear and perks you can get hold of.

If you want an intelligence focused build, we recommend at least 250 intelligence for the 30% buff to your damage-over-time duration, 150 focus, and 100 constitution. This also gives you the flexibility to swap your Life Staff out for an Ice Gauntlet or Fire Staff, if the situation calls for it. We recommend using light armour, but you could even go for a New World tank build with a Sword and Shield slotted with an amber New World gem, and heavy armour.

Alternatively, you can focus on focus (get it?) and constitution over intelligence, and aim to achieve 250 focus and 200 constitution, with 50 intelligence if you can manage it. This buffs your healing significantly, giving you more team utility, and also makes this build very survivable against the current PvP meta. Heavy armour suits this build if you want to stand on the front lines in wars, but for a more mobile and less tanky playstyle with better healing, we recommend light armour.

With the correct perks, your Void Gauntlet PvP build will heal you as you deal damage. There are weapon perks that increase this, too, particularly Revitalising Beacon on the life staff and Voracious Blade on the Void Gauntlet. If you manage to obtain these rare perks, consider finding a way to get to 50 dexterity in order to improve your crit chance for this specialised lifesteal build – just don’t drop below 150 focus as that will impede your healing too much. 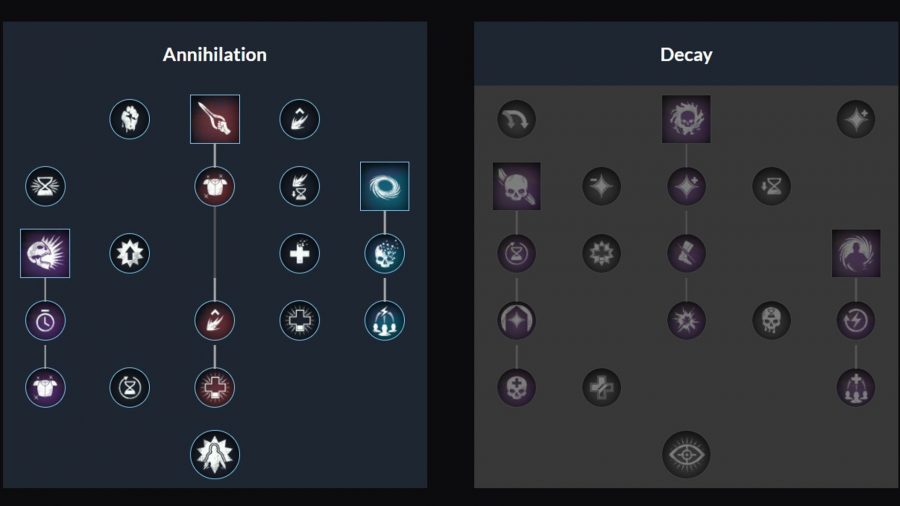 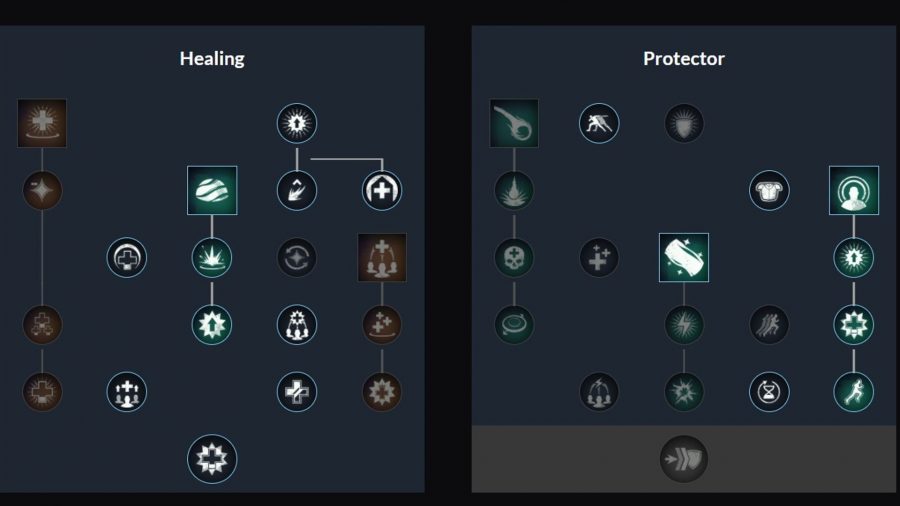 The Void Gauntlet PvP abilities we recommend are:

If you’ve chosen a focus-heavy build, consider swapping Oblivion for Orb of Decay which provides a heal that scales with focus and can be upgraded to introduce a slow.

The Life Staff abilities we recommend are:

As you’d expect, with a focus on healing, we advise at least 250 focus. Your secondary stat will be constitution, in order to survive better – 100 is a good goal. With the changes to armour and healing, light armour is compulsory for its 30% healing bonus in light armour. Remember to pick up a medium chestpiece to maximise damage reduction while keeping your equip load in the green zone. 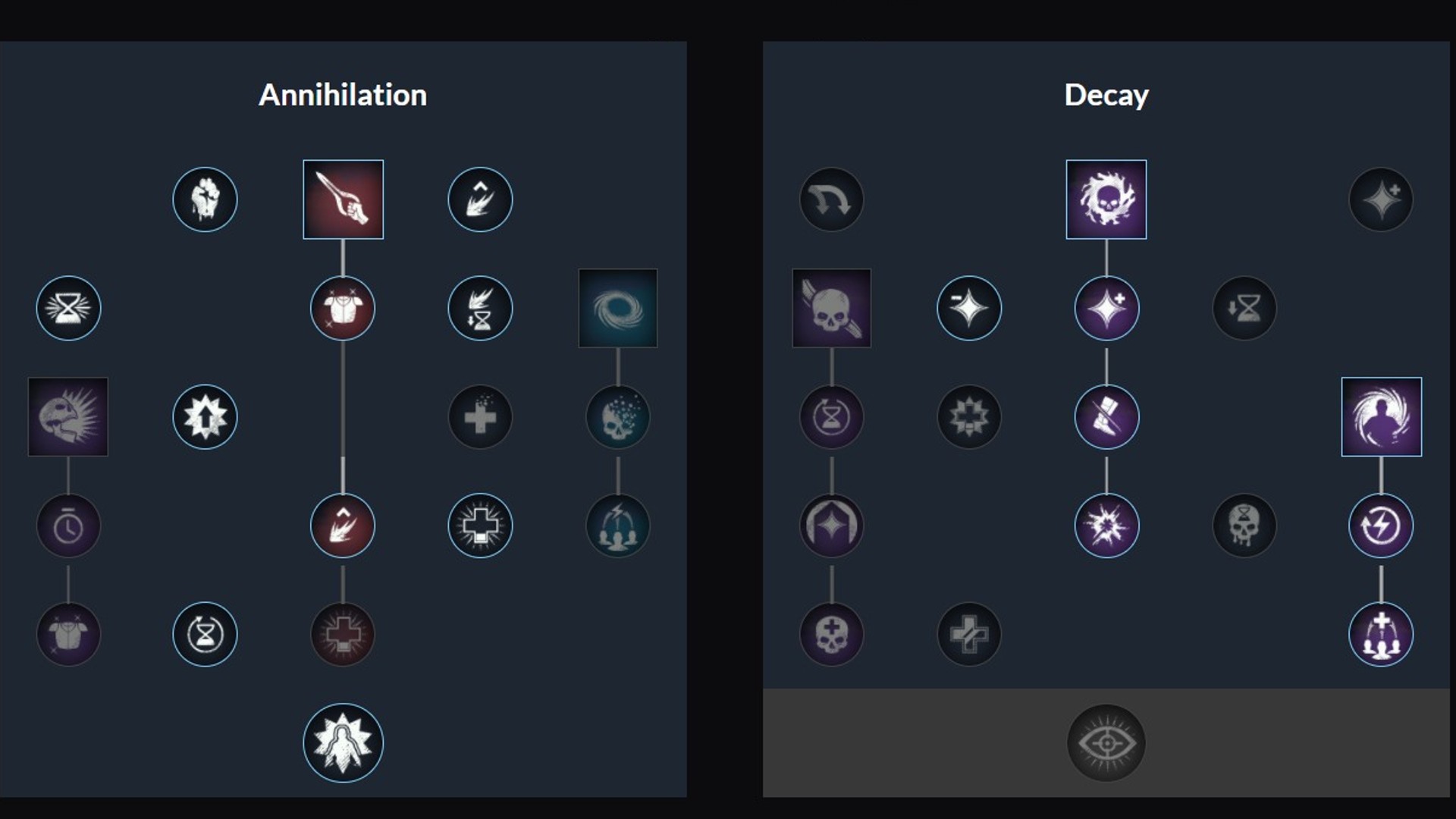 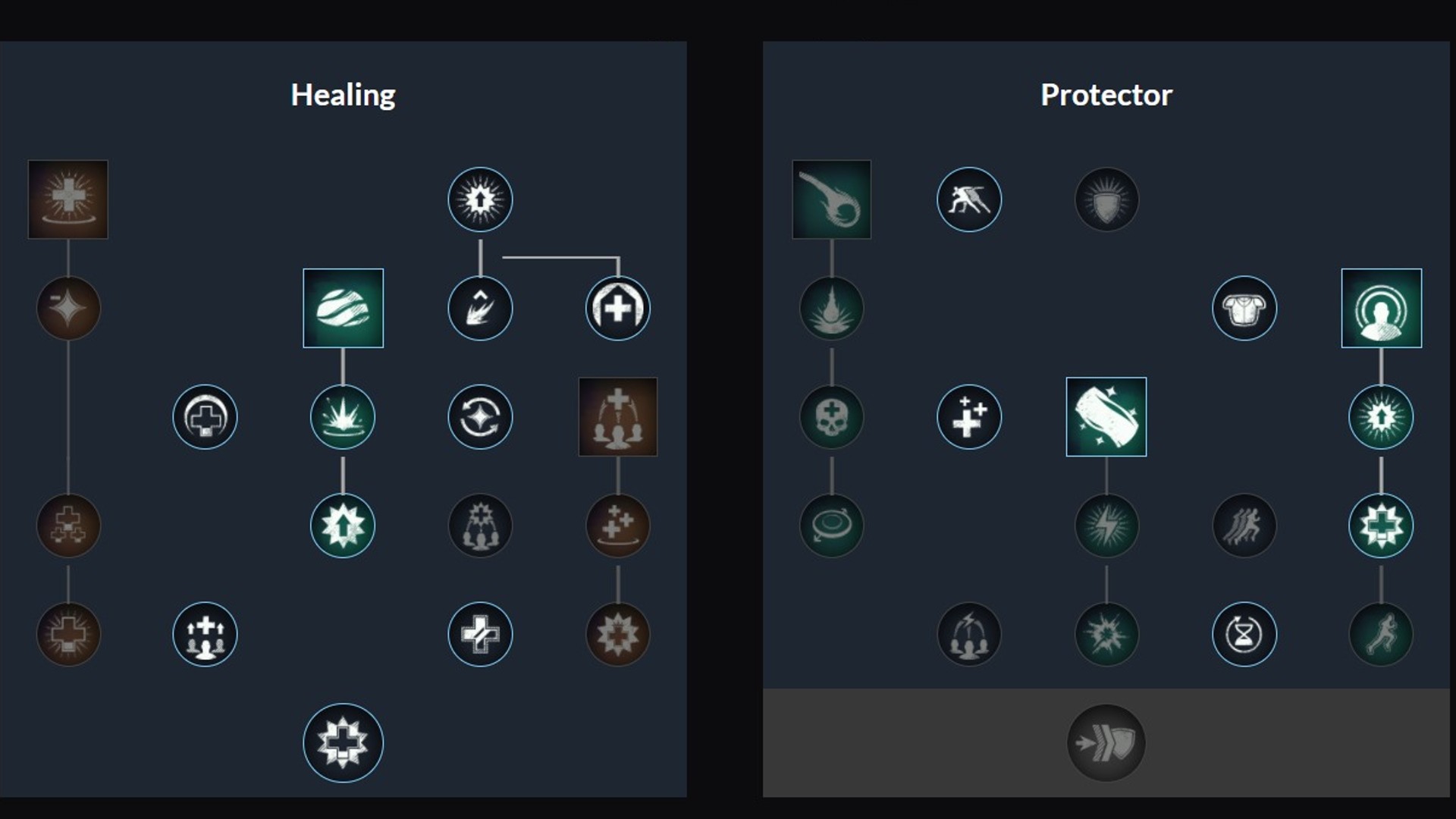 The Void Gauntlet PvE abilities we recommend are:

The Void Blade is necessary in order to ensure we can build stacks of Void Essence for Voidcaller, the end-of-tree passive ability. After you have placed your healing abilities on the ground, fire the Orb of Decay and Essence Rupture, then get into melee range and hit them with the Void Blade. Essence Rupture is excellent against bosses, but if you find yourself facing groups of enemies, Oblivion may be a better option.

The Life Staff abilities we recommend are:

That’s everything you need to put together the best New World Void Gauntlet build for PvP and PvE. If you’re still on the journey to level 60, check our New World leveling guide. If you’ve got your eye on a new New World server, here’s how to transfer servers in New World.