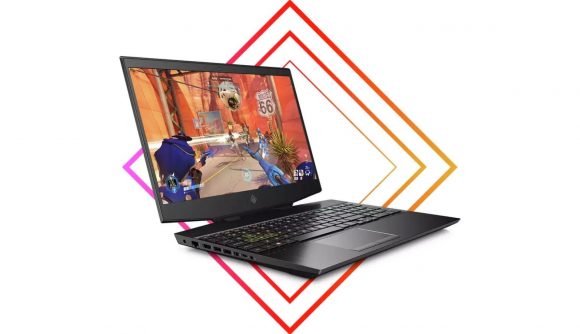 HP seemingly loves spilling the beans when it comes to new gaming PC products, from AIO machines listing unannounced AMD Ryzen 7000 chips to spec sheets featuring an Nvidia RTX 3080 Super. Thanks to yet another leak linked to the company’s hardware, we now know that the green team’s RTX 3080 Ti could debut alongside a new Intel Alder Lake gaming CPU within an Omen branded laptop.

According to a Geekbench listing spotted by Benchleaks, the HP Omen 17-ck1 gaming laptop will feature a mobile Nvidia RTX 3080 Ti and an i7-12700H Alder Lake-P mobility CPU. Based on the Ampere GA103 SKU, the green team’s new enthusiast-grade GPU should perform similarly to an RTX 3080 desktop graphics card, while Intel’s unannounced chip comes equipped with 14 cores and 20 threads.

Nvidia and Intel’s unannounced components are undeniably the star of the show, but it’s worth mentioning that the new Omen also comes with 32GB of RAM, making this HP machine a portable powerhouse. That said, the rig’s 90,114 Vulkan score places it slightly behind current RTX 3080 laptop offerings, something that could be linked to a lack of optimised driver support.

The HP Omen’s Geekbench page doesn’t include a release date, but previous rumours suggest that the laptop RTX 3080 Ti will release early next year. The i7-12700H Alder Lake also lacks an arrival time, but the blue team’s laptop line of chips could be announced at CES 2022.