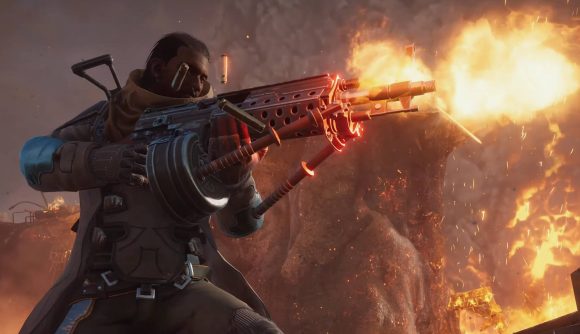 The inventory-wiping bug that’s been plaguing online co-op game Outriders has been addressed in a patch, which is available now. Between the client-side patch released today and some server-side adjustments made over the past weekend, Square Enix says Outriders players shouldn’t be seeing the dreaded bug any more – but that lost items will have to be restored in a separate process in the future.

The Outriders inventory bug seemed to be happening when the game crashed during online co-op sessions, and the result was a clean sweep of players’ inventories – sometimes wiping out their carefully collected and meticulously crafted high-tier gear. Square Enix says it’s “confident that the patch will prevent inventory wipes in future,” but that it will continue to monitor the situation over the weekend to make sure things are stable before opening up the restoration process for lost items.

“As soon as we are satisfied by the patch’s effectiveness, we will share extra details including timelines of our upcoming Inventory Restoration process,” the developer said, adding that any further instances of the inventory wipe bug should be reported in an ‘Edge Case Reporting thread‘ on the game’s Steam forum.

Square Enix also said that players can expect to see some brief strangeness when they load the game after that patch is applied: there may be some connectivity issues, and inventory items may disappear before reappearing again. The developer says to wait a few minutes and then restart Outriders – this is an expected part of the process and is “part of our three-step inventory safeguarding measures,” it explains.

On Steam, the patch weighs in at around 874 MB.

If you need some help making it through Outriders story missions, we’ve got a guide for that – as well as a guide to finding the Outriders Forgotten Chapel, the game’s secret side quest.