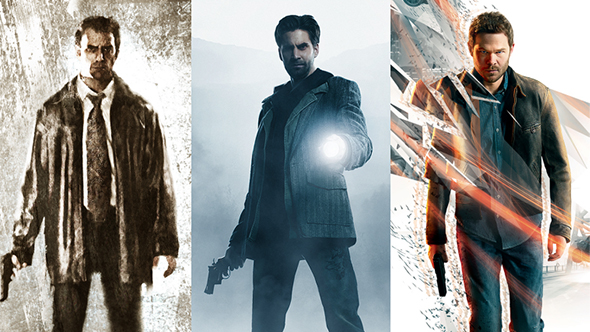 Update, April 30: We’ll soon be able to stop calling it P7, because Remedy will finally unveil their new game at E3.

Good news, Remedy fans: the studio’s mysterious P7 will finally be unveiled at E3. We’ve heard rumblings about Project 7 – that’s a working title, if you hadn’t guessed – since way back in 2016, with news that the Alan Wake and Max Payne studio would drop their long-standing partnership with Microsoft to bring the game to market with a new publisher.

That’ll be another one to add to our upcoming PC games list.

That new publisher is 505 Games, and they’ll showcase P7 as part of their E3 lineup, “giving press the first hands-off look” at the game. No details beyond that just yet, aside from confirmation that P7 is slated for release on PC, PlayStation 4, and Xbox One. Other games on the 505 slate include Underworld Ascendant, Indivisible, and Bloodstained: Ritual of the Night.

Remedy have two games in development, and financial reports from the company say P7 will launch sometime in 2019. Job listings and product descriptions for P7 suggest it will keep the studio’s usual cinematic focus while incorporating Destiny-like online elements.

In a recent earnings report, Remedy Entertainment – the Finnish studio behind Max Payne, Alan Wake, and Quantum Break – detailed their plans for the near future, including an update on their mysterious new project, P7.

P7 recently moved from pre-production to full production, Finnish outlet Ilta-Sanomat report, and the upcoming game is expected to release in 2019.

Though “P7” is only a working title, Remedy have revealed a few details since announcing development over a year ago. The title is set to be published by 505 Games, and is set to be a “cinematic third-person action game set in a new Remedy-created universe.” Job listings for P7 also suggest Destiny-like online elements are on the way.

Today’s report also reveals that Remedy are working on a new, unannounced game, which they began preparations for late last year. There are no details yet on what that game might be, but Remedy are staffing up with a variety of new job openings, even reaching out on Twitter to those at Hangar 13 affected by recent layoffs.

Those job listings don’t provide too much detail on what to expect, but they are looking for an animation programmer for an “unannounced project.” There’s also a senior game designer listing that mentions development on a first person shooter. It’s worth noting that Remedy are developing the single-player component of Chinese shooter Crossfire 2, but other listings particular to that project tend to call it out by name.

Update November 28, 2017:It seems Remedy’s next game will be taking cues from online-connected titles like Destiny.

Remedy Entertainment, best known for cinematic shooters like Max Payne, Alan Wake, and Quantum Break, might be moving in a different direction for their upcoming title codenamed Project 7. A new job listing suggests that the studio will be looking to move toward an online-connected, Destiny-style system for the game.

As noted by VG247, Remedy are looking for a Game Designer (World Systems). “Do you design challenge systems that are so moreish your players plan their week around them?” asks the listing. “Have you already designed the next Battle Royale? Are you always among the first to find Xur?”

The lattermost point certainly points to Destiny, and that thought is backed up by a few other details in the description. They want someone designing systems that can “keep players engaged and the community buzzing,” as well as leading the “creation of compelling, innovative online game modes.” This future employee will also need to “share knowledge and keep the team updated on trends and areas for innovation in the connected-gaming space.”

Remedy’s P7 is still listed as a “cinematic third-person action game” with a “long-lasting, story-driven gameplay experience,” so it should at least be keeping the basics of their previous titles in place. But with all manner of AAA games moving toward longer, connected experiences, perhaps it’s unsurprising to see Remedy expand their content in this way.

It’s worth noting that Remedy are also working on a story mode for the sequel to a wildly popular Asian shooter, Crossfire 2. They’re hiring for that project as well, but the job listing above is specifically for their in-house Project 7.

We already knew that Remedy Entertainment – the folk who brought you Max Payne, Alan Wake, and Quantum Break – were working on a new title. We now know a bit more about its genre and the Finnish studio’s mysterious new publishing partner, now revealed to be 505 Games.

The new game is codenamed ‘Project 7’ and, like much of Remedy’s back catalogue, it’ll be a “cinematic third-person action game” set in an original universe. The company emphasised that it’ll be a “long-lasting experience”, with “the deepest game mechanics yet in a Remedy game.”

That’s all according to GamesIndustry.biz, reporting on Remedy’s new deal with 505. Since their founding in 2006, 505 have helped release or distribute a number of great titles including Sniper Elite III, Payday 2, Brothers: A Tale of Two Sons, Rocket League, Virginia and many others.

Remedy’s most recent publishing partners were Microsoft, with whom they released Quantum Break and Alan Wake on PC and Xbox systems only.

It’s likely that P7 is the project teased by Remedy in a bizarre trailer back in November (see original story, below) but I’m not sure there’s any way to be certain. The Finnish developers have also said they’re interested in adding multiplayer to future games, so expect a bit of that.

Original story November 17, 2016:It’s time for one of those announcements of announcements again, this time from action game developers Remedy Games, creators of the original Max Payne, Alan Wake and Quantum Break.

How do they announce that they’re going to announce something? With Mr. Max Payne himself, Sam Lake, creative director at Remedy and man with a face like a Dishonored character – sculpted, stern and made out of clay.

Remedy have been split into two teams for a while, each working on something new. One game was in early concept stages, but the other had been in development for a while – “a brand new Remedy game with a new partner”, so it won’t be a Microsoft exclusive this time.

So, don’t expect a sequel to anything – it’ll be a brand new game from the studio.

We don’t know whether it will have an impact on this game or the game in early development, but Remedy have also shown interest in adding multiplayer to future games.