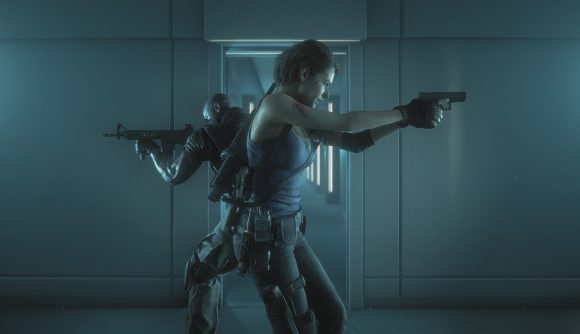 Resident Evil 3 got off to a flying start when it launched back in April, with the survival game’s sales in the days following its launch hitting the two million mark. The horror game’s continued to rake in some pretty big numbers of units shipped, though it looks like it’s been eclipsed by its predecessor, the Resident Evil 2 remake, going by latest sales figures.

In a rundown of its Q1 fiscal results, publisher Capcom reveals the Resident Evil 3 remake has shifted more than a “cumulative 2.7 million units” over the period, helping to push Resident Evil series sales even further past the 100 million worldwide mark. This is a big figure, but it’s pretty far behind Resident Evil 2’s in a comparative period of time.

Two months after its launch in January last year, Resident Evil 2 sales had seen an eye-watering 4.2 million units shifted, putting into Capcom’s all-time top ten at that time. In a separate ‘Consolidated financial results for the 3 months of the fiscal year ending March 31, 2021’ document (thanks, PCGamer), Capcom describes the Resident Evil 3 sales as “solid”.

For context, as game industry analyst Daniel Ahmad highlighted earlier this year on Twitter, the original Resident Evil 3 (released in 1999) sold around 3.5 million units in total, so the remake is on the way to catching it up, but still a little way off just yet.

Resident Evil 3 Remake has sold in 2m units after 5 days, of which nearly 50% of sales were via digital download

If you’re thinking of diving into the overhauled action yourself, be sure to take a look at our Resident Evil 3 review so find out what’s in store first. You might also find our guides to every Resident Evil 3 safe code and locker code, Resident Evil 3 subway puzzle red, blue, and green jewel locations, and Resident Evil 3 Charlie Dolls handy next time you get stuck in.