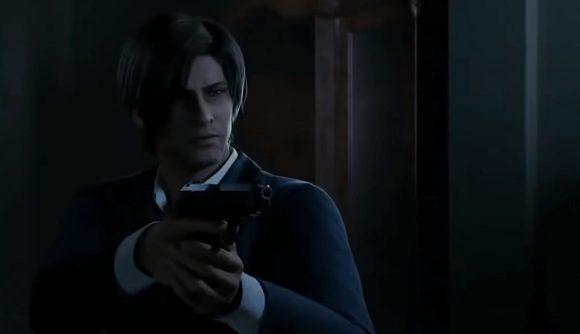 The first trailer for Netflix’s upcoming Resident Evil series, Resident Evil: Infinite Darkness, has been released. The CGI show based on the horror game franchise will include – you guessed it – a gloomy mansion, led by – wouldn’t you know it – Leon S. Kennedy and Claire Redfield.

The minute-long teaser arrived as part of a panel on Resident Evil Village at the Tokyo Game Show. Netflix Portugal had leaked the minute-long teaser to Twitter hours before, which immediately elated fans of the zombie games. The footage starts with Claire Redfield investigating a dreary cabin, where she discovers some used vials of what’s presumably the T-virus, or derivative thereof, and then we cut as she finds a lifeless body sitting in a chair with a shotgun.

The next scene is what looks like Chris Redfield having trouble with a zombie somewhere far more decadent, only to be saved by Leon Kennedy. In August, Netflix announced it was producing an eight-episode live-action series based on the games, to which this might be somehow related. This is the fourth CG production across three companies to be developed based on the long-running survival games, alongside the run of live-action movies. Although generally more accurate aesthetically, the animated works tend to be just as ridiculous as the Milla Jovovich-led counterparts, reveling in the power of animation make weird, wild action.

The release date is set for sometime in 2021.

You can see an official poster below:

Next year we also have the Resident Evil Village release date, the eighth mainline Resident Evil game. According to developer Capcom, the titular village is something of its own character, and will have “a lot more freedom” than Resident Evil 7.