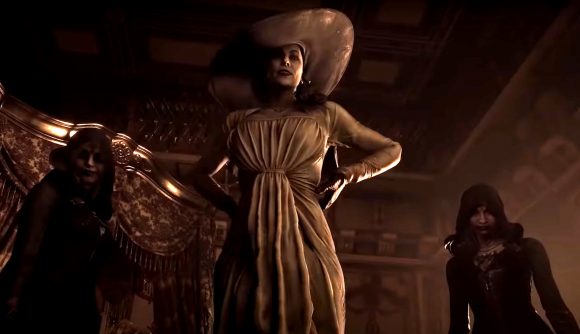 The Resident Evil Village PC demo went live last night, and in typically quick fashion, someone’s already managed to reset the clock so they can play it over and over.

As is, the demo is set to a timer, giving you one hour to roam the grounds of the castle, and surrounding village. Once those 60 minutes are up, you’ll need to wait for the horror game to come out. Granted the Resident Evil Village release date is now mere days away, but still, sometimes people like to poke around these things, and get a broader sense of what’s coming. Steam user Leaves has worked out how to avoid that restriction, letting you replay the hour to your heart’s desire.

They posted the exploit on Steam, but the steps are as follows: Disable Steam Cloud, download Steam SAM, delete your local savefiles (usually in [Steam ID]/1541780/remote/win64_save), start Steam SAM, start the demo, take away achievements and stats, and confirm. It’s a bit of a process, but the end result is getting to have another run around Village’s ominously European setting.

Capcom has been going all out for Resident Evil Village, and by going all out, I mean the developer made a spinoff puppet show. What a glorious world we live in sometimes.