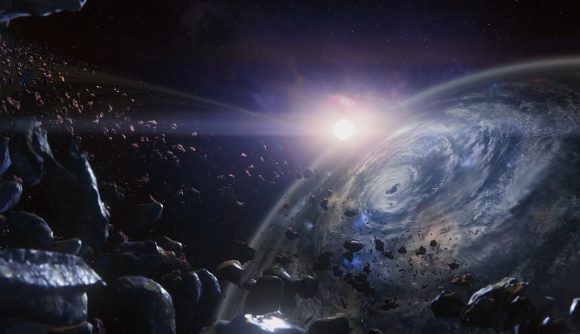 Some discussion on the current state of Star Citizen, and its roadmap, bubbled over on the space game‘s official forums, prompting a response from one of the lead developers. Chris Roberts, founder of developer Cloud Imperium Games, has reiterated that what the team are making isn’t a pipe dream, and won’t take decades to fully release.

The reply was given in a thread that began on a discussion of some planned additions, like a room atmosphere system, then devolved into a back-and-forth on the level of feedback Cloud Imperium deals with, and what the endgame actually is. In a long response, Roberts states that players don’t often see the full picture, and that he hasn’t compromised on his original vision for the MMO game.

“I sense from your reply to me that it’s the time taken and priorities that you’re frustrated with, as you feel like we’re focusing on the wrong things. I can see that point of view, but you’re looking at it from the outside without the full knowledge of exactly what it will take, and the order it needs to be done in to deliver the gameplay that will set Star Citizen above everything else,” He writes. “This is the game I’ve dreamed of my whole life. Now I am in a position to realize it, I am not willing to compromise it’s potential because it is taking longer than I originally envisioned.”

Later in the post, he claims Star Citizen is not a “pipe dream”, and that while he can’t guarantee  when it’ll happen, but the full release is coming along, and the roadmap will continue pushing forward. “I can promise you the gameplay I described is not a pipe dream, nor will it take 10 to 20 years to deliver,” He said, adding: “I can’t promise you exactly what quarter it will come together but once the new Roadmap web work is done you’ll be able to see the teams progress to achieving what I describe in real time.”

Elsewhere in the post, he says the player-count is on track to reach one million unique users before the end of the year. Star Citizen crossed $300 million in funds raised earlier this year, with expansive single-player spinoff Squadron 42 meant for release this year, but we’ve had little word on the official status. A roadmap for a roadmap put out in August to assuage concerns.