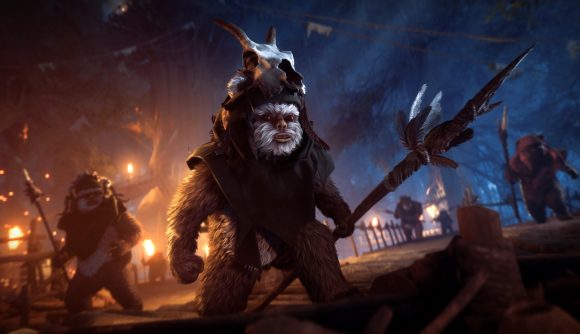 Star Wars: Battlefront 2 is now a game which, broadly speaking, people like. (If you somehow just dropped in from 2017, boy, we have got a lot to talk about.) It was recently given away for free on the Epic Games Store, a giveaway which proved so popular that the servers pretty much went all Death-Star-at-the-end-of-A-New-Hope, and now we know exactly how many people grabbed it.

EA says that over 19 million players picked up Battlefront 2 as part of the promotion. Yeah, people like free PC games and all, but that’s an absolutely absurd number of players to be in for the promotion in just a single week. (For a rough comparison, The Sims 4 has had around 30 million players over its lifetime.) This is, at least, a pretty solid idea of how popular things other than Fortnite can get on Epic’s launcher.

Despite the new popularity, EA reaffirms that the game has already had its “final content drop”. Last year, along with that last update, DICE said it was moving on from Battlefront in order to focus on the next Battlefield game.

More than 19M PLAYERS got #StarWarsBattlefrontII from the Epic Game Store promo!🤯Thank you so much for the continued support, even after our final content drop! We’ll watch your careers with great interest! May the Force be with you, troopers! pic.twitter.com/fC4A92HLNN

Battlefront 2 is now available for purchase on Epic (or Steam, or Origin), if you feel like you’re missing out.