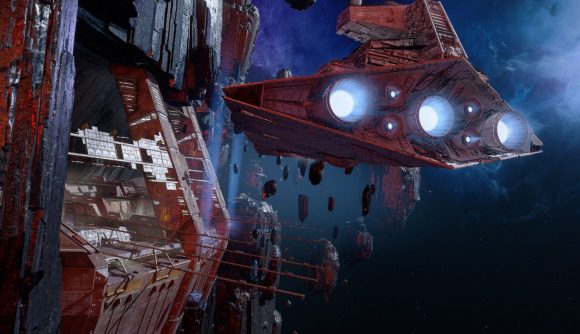 In what may be the most pleasant case of a game developer going back on a promise ever, EA Motive has announced that Star Wars: Squadrons will be seeing two free content drops before the end of the year, and those will be adding a new multiplayer map, custom matches, and two – count ’em, two – new starfighters to pilot: the iconic New Republic B-wing and the Empire’s TIE/d Defender.

EA Motive says it’s been “humbled” by players’ response to Squadrons, which it says was a “passion project” for the team at Motive. “We wanted to honour the classic games that came before us and provide everything to our players from the start in a nice, neat package”, a new post on the official website explains. “But then, we showed the game to everyone and the reception was so much more than we could have hoped for. It only became more intense after release, too, so we couldn’t help but start working on something a little extra.”

The new content will arrive in two packages. The first, coming November 25, will add a new multiplayer map. That’s Fostar Haven, which you’ll recognise as the setting for Squadron’s prologue mission. The multiplayer version of Fostar is set four years after the campaign, and the residents of the station have made a few ‘upgrades’ out of distrust of both the Empire and the New Republic.

November’s update will also include four new ship components. Fighters and bombers will be able to fit the Boost Extension Kit, which gives you an extra full boost when you activate it. It’ll then have to recharge before you use it again, but that additional oomph could be the thing that saves you in the middle of a losing skirmish.

Interceptors and fighters will gain access to Ion Rockets. These are unguided munitions that travel at about half the speed of standard rockets, but Motive says the key thing to remember is that they can be used simultaneously with other gear – that means you can carefully time hits with ion and conventional munitions for devastating effects.

The U-wing and TIE reaper support vessels will be getting the Anti-Material Rocket Turret, which is custom-designed to take out flagship subsystems and deployables. 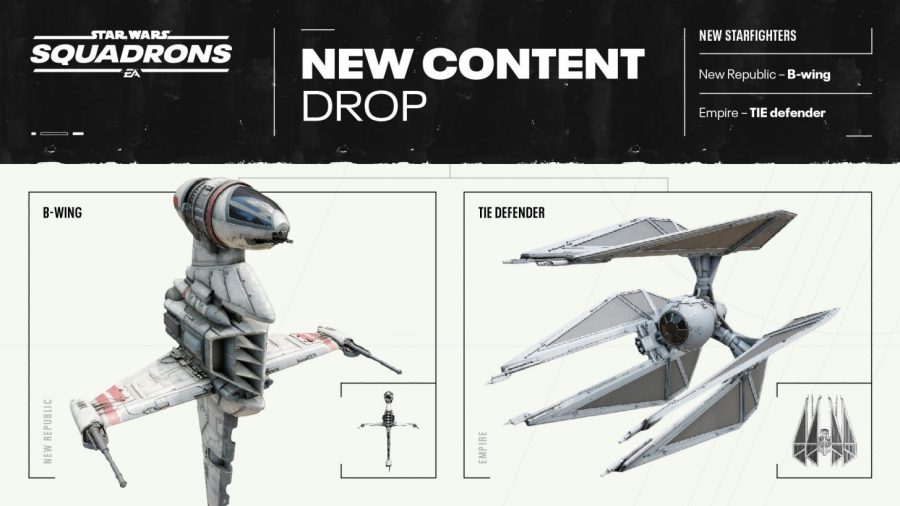 The December update is a “final thank you gift for the holidays,” and it’s a doozy. Update 4.0 is going to add the much requested B-wing and the TIE/d Defender. The B-wing will be categorised as a bomber class starfighter, while the TIE/d is designated as a fighter. Motive says it’s taken care to make sure that both ships fit into the existing ship roster and won’t be “better by default”. It’s almost as if someone at Motive read our list of missing ships!

Finally, December’s update will also add custom matches, which will let you create your own dogfights or fleet battles to play with teams of one to five. You’ll be able to manipulate variables like hull, shield, and damage modifiers, capital ship health, and limit the use of specific starfighters. That’ll come with a custom match server browser, so you’ll be able to search through your friends’ private matches as well as public matches.