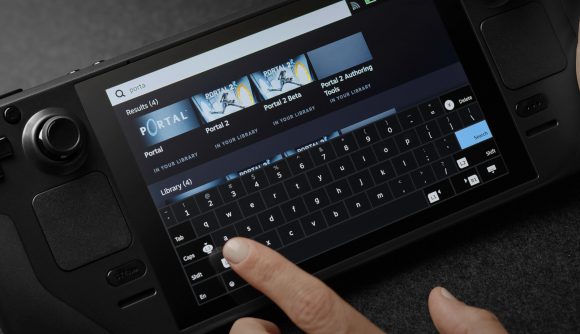 Valve is paving the way for us to ditch Windows and dive into Linux PC gaming, as the Steam Deck leads the charge with SteamOS and its Proton compatibility layer. Now, with the release of Proton 6.3-8 (via Videocardz), the company hopes to tempt even more players to jump ship with official support for Nvidia DLSS.

The proprietary upscaling technology can help boost fps in games like Call of Duty: Vanguard or Back 4 Blood, without sacrificing much in the way of image quality. Unfortunately, team green’s upscaling technology won’t be supported on the Steam Deck as it uses an AMD Zen2-based SoC, and Nvidia DLSS requires an RTX chip.

Thankfully, Proton already supports AMD FSR, which doesn’t require your GPU be of a specific brand, so Steam Deck users won’t be entirely out of luck when it comes to upscaling options.

Support for AMD FSR could prove extremely useful for anyone gaming on the Steam Deck, when it eventually releases in 2022. A benchmark conducted on a dev kit suggests that the Steam Deck could struggle to run some games at 60 fps, and so team red’s upscaling feature could help provide an easy performance boost.

Nonetheless, Valve is doing everything it can to make sure that all 50,000 Steam games are tested on the Steam Deck, with recent reports pointing to a good level of compatibility with the platform’s top 100 titles ahead of release.