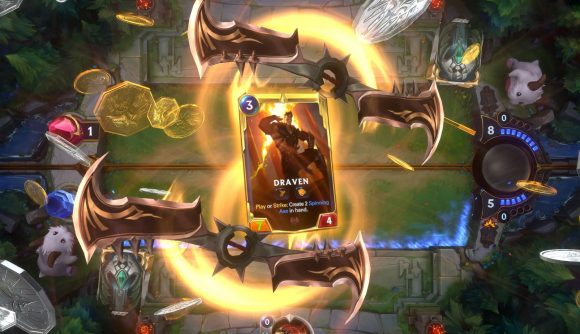 The instant fan backlash to Blizzard’s 2018 announcement of the mobile-only Diablo: Immortal sent ripples across the industry. The reasons and fairness of the reaction aside, developers knew they wanted to avoid that outcome at all costs. Riot Games in particular paid attention, and by using what it learned from Blizzard’s announcement, it went on to announce not one, but four ‘risky’ games in 2019.

Ryan Rigney, Riot Games’ communications lead for League of Legends, explained the company’s PR approach to the announcements of Teamfight Tactics, TFT Mobile, League of Legends: Wild Rift, and the CCG Legends of Runeterra. Each game in this stack presented its own communications challenges, and could easily have sparked a negative reaction from fans.

It’s important to get that initial reveal right. Even if it’s unfair or based on incomplete information, a negative initial impression is tough to come back from. It sets off the ongoing narrative about the game in a bad direction, and one that publishers don’t have much power to influence once it’s established.

Rigney says Riot decided on several distinct strategies to try to keep that from happening with its 2019 announcements. In this Twitter thread, he boils it down to five points. The first is ‘Own Your Bullshit,’ which Riot applied to the rollout of Teamfight Tactics, a game obviously based on the popular Dota Auto Chess mod. In its announcement for TFT, Riot acknowledged this fact upfront.

“The solution here was to be honest and talk about TFT with players the same way we were talking about it internally,” Rigney said.

Riot also began using the term ‘autobattler‘ as a name for the new genre, which was quickly adopted across several platforms – including, importantly, Twitch.

“The existence of the concept ‘autobattler’ gave us and others permission to play in the space,” Rigney explains.

Another important, albeit risky, strategy Riot adopted was ‘Lean into the Memes.’ This was potentially fraught territory, because the prevailing meme in the wake of the Diablo Immortal announcement was ‘Don’t you guys have phones?’ Using that meme could easily be interpreted as taking a mean-spirited shot at Blizzard.

However, an artfully-crafted line in this announcement video for TFT Mobile acknowledged the meme without coming across as a cheap shot, and Rigney says it wound up being a hit.

This idea was not super popular internally at Riot. Everybody felt sorry for the innocent Blizzard dev who'd gotten caught in the crossfire, and nobody wanted to attract any of that heat to themselves.

Nonetheless, we decided to announce TFT Mobile this way: pic.twitter.com/2FKvZQzDO4

Rigney details a few other techniques the Riot communications team brought to bear in their announcements last year, like making sure the core audience is always surprised and delighted by something, and by showing off the love the developers themselves have for their products by highlighting the lavish character animations in League of Legends: Wild Rift.

The throughline for these techniques, it seems, is anticipating objections before they arise, and by addressing them in a straightforward way that lets your audience know that you’re on the same side.