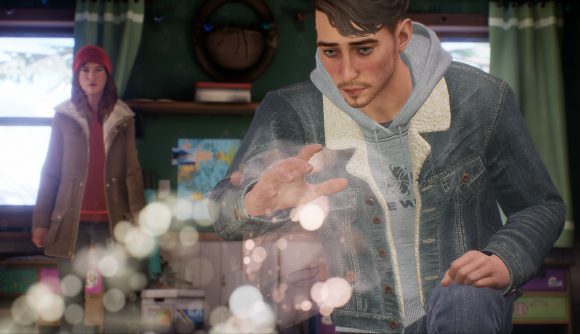 Among the many trailers and reveals during the Xbox Games Showcase, we got some new information on Tell My Why, the queer supernatural adventure game from Dontnod, the developer behind Life Is Strange. A new trailer was shown, carrying a release date, and afterward, Dontnod added an FAQ that discusses the perspective the team took on telling a trans story.

The questions take on a number of concerns around the idea of telling a transgender, particularly in depicting the trauma and bigotry trans characters often face in stories about them. According to Dontnod, Tell Me Why will be different, telling a positive, uplifting story around protagonist Tyler, and his sibling Alyson. “Each of Tell Me Why’s endings will include an optimistic future for Tyler,” the studio says. “Because so many mainstream narratives about trans people are rooted in pain or trauma, it was important to our team to tell a different, more multi-dimensional story with Tyler.”

Further, it’s highlighted that Tyler’s transition in the story game won’t stem from childhood trauma, nor will his mother be transphobic. “In Chapter 1, Tyler and Alyson discover that their mother had been taking steps to learn how to support her transgender child,” one answer reads, another adding: “[Players] will discover memories and sentimental objects which depict the ways Tyler expressed himself as a boy even before his mother’s death. The idea that being transgender is caused by trauma is a stereotype that has no basis in fact, and it plays no role in Tyler’s story.”

Tell Me Why is one of the first major games to include a playable trans character in a central role, and further inclusion is slowly becoming normal within the gaming industry. The Sims added its first pre-made trans character last year, and Cyberpunk 2077 developer CD Projekt Red will offer a few options in shaping your gender identity in the RPG game.

On top of the diversity, it’s also nice to see a developer be upfront about the potentially troubling aspects of a game, spoilers be damned, letting players make a more informed choice about playing. Tell Me Why Episode 1 is out August 27, and you can find the Steam page here.