Well, who would have thought, The Division 2 is actually really good. And, what’s more, it’s actually really good on PC too. In fact The Division 2 PC performance makes it better on our favourite platform than on any other. The Massive sequel nominally launched March 15, but we’ve been in the Washington wastelands all week to see how the game runs on today’s tech. Whether you’re gaming on a mainstream GPU, or a super high-end four-figure graphics card, you can get a great, and great-looking, gaming experience.

So long as you’re okay with bullet-sponges of course. And other people. You can lone wolf The Division 2 to a certain level, but to get the most out of the game you’re going to need to make some friends.

What you’re not going to have to do, however, is spend a fortune on a new PC just to get the game running. Ubisoft announced The Division 2 system requirements a while back, and they’re very modest for a PC gamer chasing 30fps at 1080p. Of course if you want to max out the game, at the highest 4K settings, then hitting 60fps is going to be more of a challenge for your hardware, but there are at least graphics cards available today that will get you there. You just have to pay $1,200 for the privilege…

The first thing to say about The Division 2 from a technical point of view is that the game certainly doesn’t stint on the PC settings. Which shouldn’t come as a surprise given how much Ubisoft has stepped up its game on the PC side of things recently, and because Massive Entertainment is the developer. Massive is a long-time PC dev, stretching back to the PC-only days of Ground Control and World in Conflict.

It’s also worth pointing out that, as an AMD-sponsored title, The Division 2 PC performance does vary between the different graphics card manufacturers. The good news for Radeon gamers is that, whether using DirectX 11 or 12, the game plays better on AMD GPUs than it does on Nvidia GeForce graphics cards. 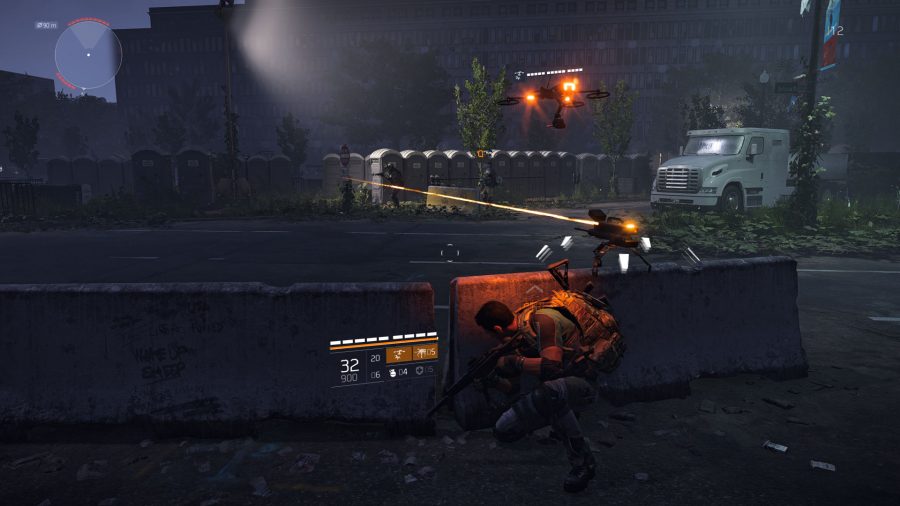 Though, unlike the frustrations you might have faced trying to get Metro Exodus to run happily in DirectX 12 with Nvidia GPUs, The Division 2 seems to have no such problem… that we’ve encountered so far. In fact, not only does the game not repeatedly crash like a NASCAR driver with a deathwish when running in DirectX12 it actually performs better than DirectX 11. And that’s on both Nvidia and AMD graphics cards.

Besides the DX11/12 options, The Division 2 offers a huge amount of granularity in the graphics settings. With 25 different options – and four different settings for shadows alone – you know there’s a lot of fiddling you can do to get the best performance out of your graphics card.

And the graphics card is most definitely the key factor for The Division 2’s PC performance. We tested the game using both the GTX 1060 and RX 580 cards, to give comparative GPU manufacturer performance at the mainstream end of the market, but we also ran both cards across comparable Intel and AMD processors too.

The performance difference between the game running on a six-core Intel Core i5 8400 and a six-core, 12-thread AMD Ryzen 5 2600 was just a single frame per second on average in favour of the Intel CPU. In other words, so long as you have a decent mainstream processor it doesn’t really matter whether it’s an Intel or AMD chip.

The Division 2 PC performance benchmarks clearly highlight the performance lead for AMD GPUs, though it is possible this might change with subsequent driver releases over the next few weeks. We tested at both the Ultra and Medium graphics presets, and at 1080p and 1440p resolutions, to see how our mainstream GPUs cope with the impressive Snowdrop engine Massive has used.

The main takeaway is that both the GTX 1060 and the RX 580 are capable of delivering around 60fps at 1080p on Ultra settings. The Radeon card is far more stable, and offers an average frame rate that tops the 60fps mark – throw some FreeSync goodness at the game on this sub-$200 GPU and you’re looking at buttery smooth, high-spec gaming. 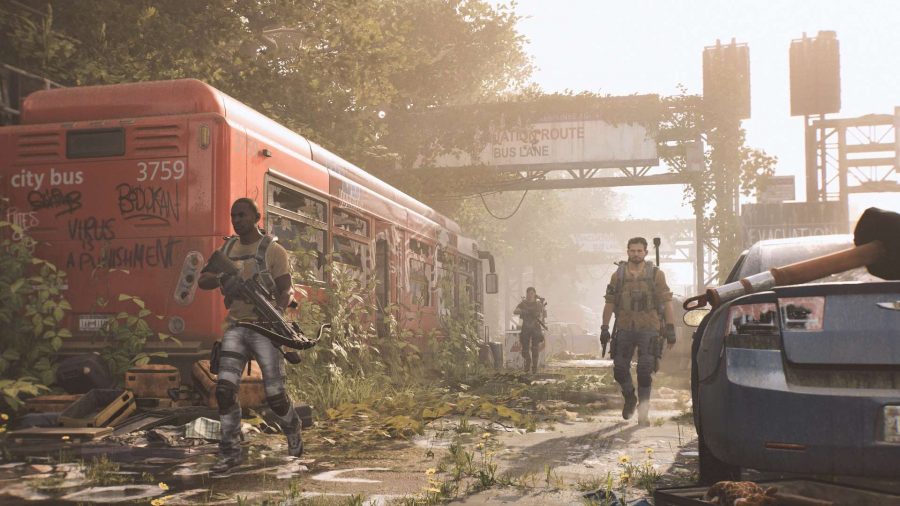 At 1440p both GPUs will struggle a little more to nail the requisite 60fps mark, but with the amount of graphical tweakery on offer it won’t take long to figure out just how to squeeze the necessary extra performance out of your graphics card to get there.

Ducking down to the High preset will get you most of the way there on an RX 580, then knocking Particle Detail down to High, and Ambient Occlusion and Spot Shadow Resolution down to Medium, got us to the magic 60fps average. And it still looks beautiful.

In fact the gameworld as a whole looks beautiful almost all of the way through the different graphical presets. There are also graphics settings over and above the top Ultra preset, though with everything set to maximum you’re going to need a beefy GPU to cope. 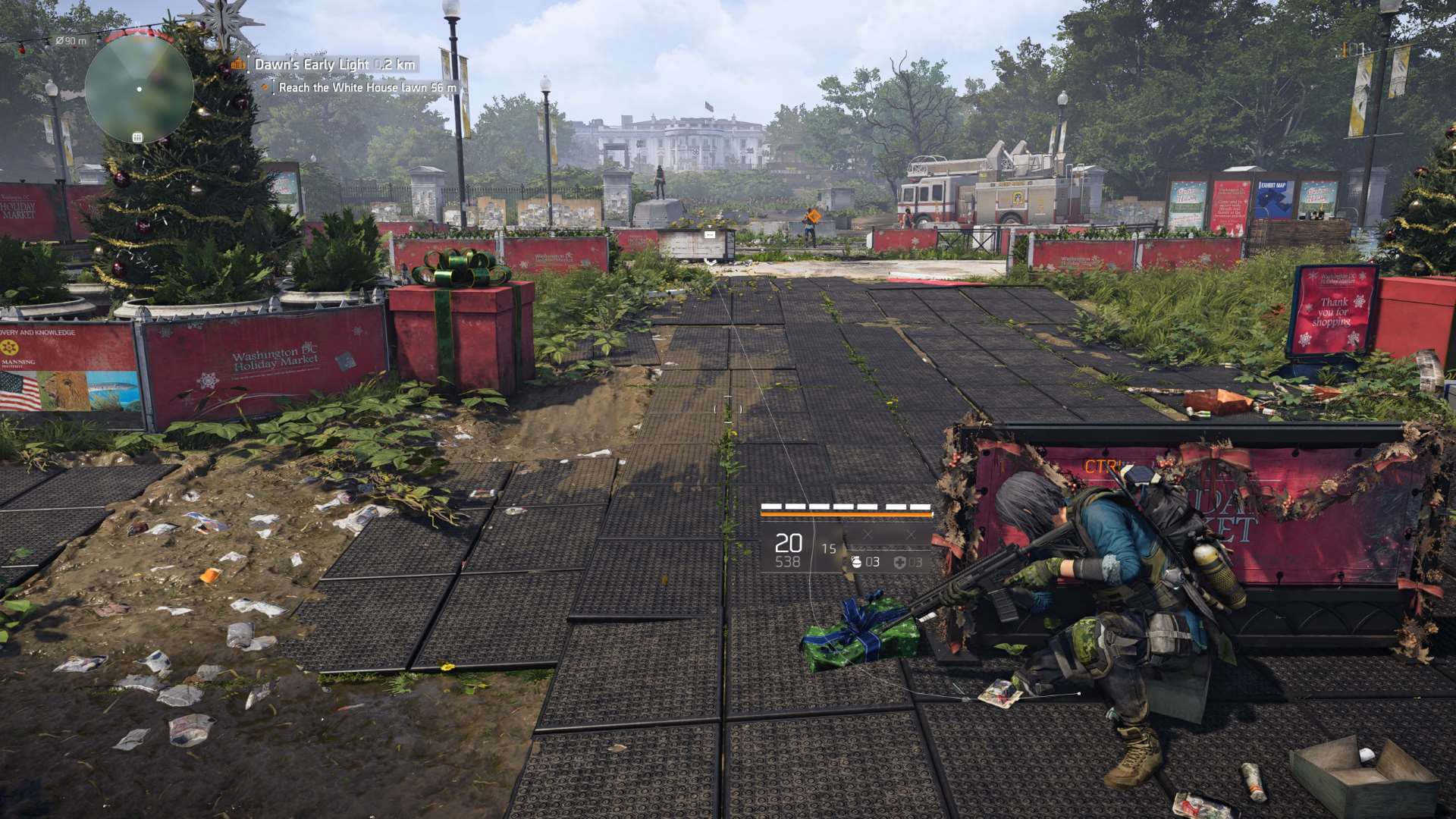 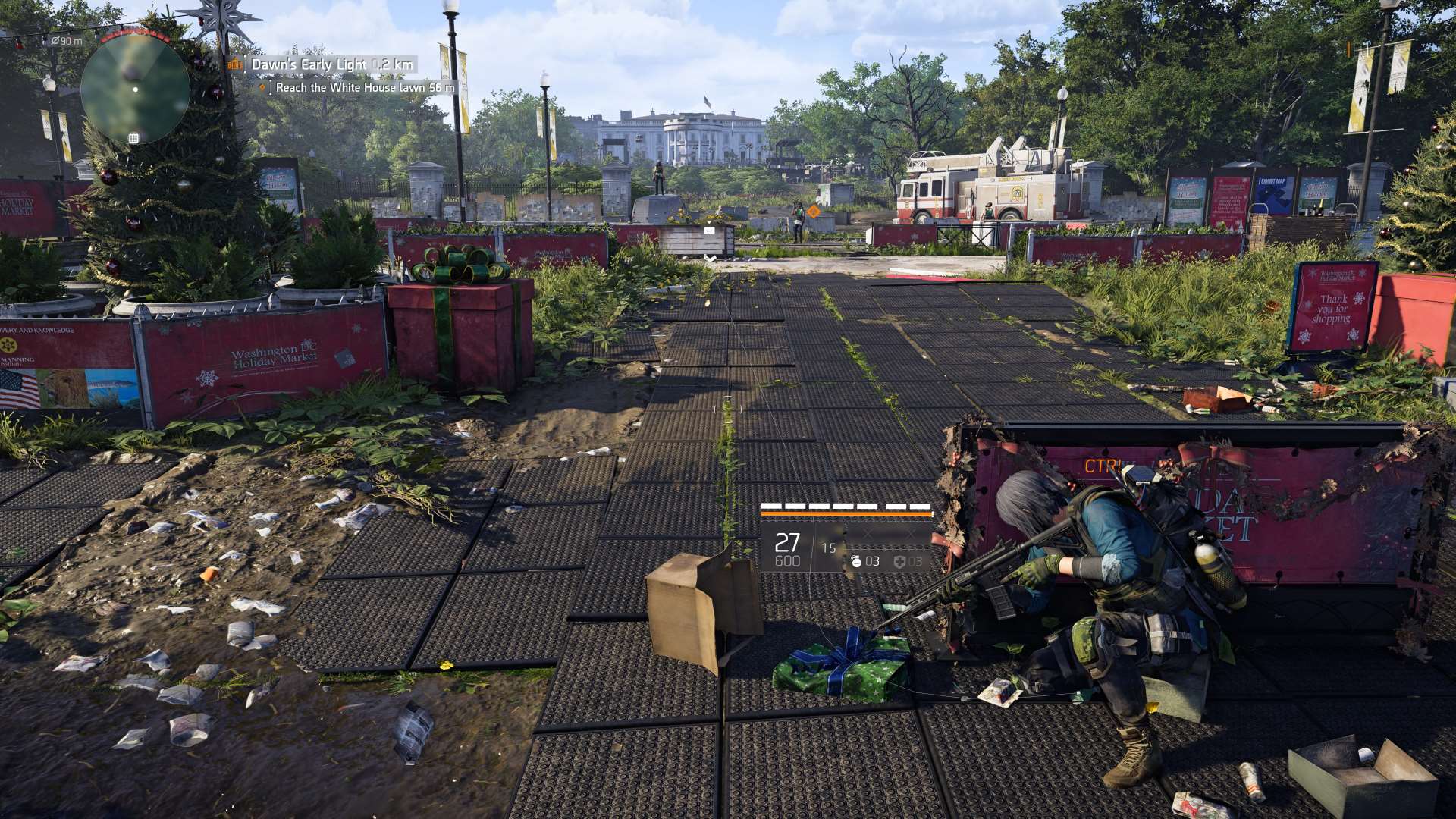 That said, the RTX 2080 Ti is able to deliver on the promise of 4K gaming with all the graphical bells and whistle-y things enabled, turned up to max, and do it at 60fps. Of course that is a $1,200 GPU, but at least it is possible with today’s hardware. You just need to sell a few kidneys in order to do it.

You will miss out on the detailed reflections and environmental shadow detail by switching to the lower graphics settings, and the texture detail of objects and surfaces in the gameworld drops as you go down the preset scale, but the rich environments still look great even if you aren’t able to hit the higher spec options. Most especially some of the impressive weather effects you’ll get in The Division 2; the dark pre-dawn hours, wreathed in swirling fog, are seriously atmospheric. 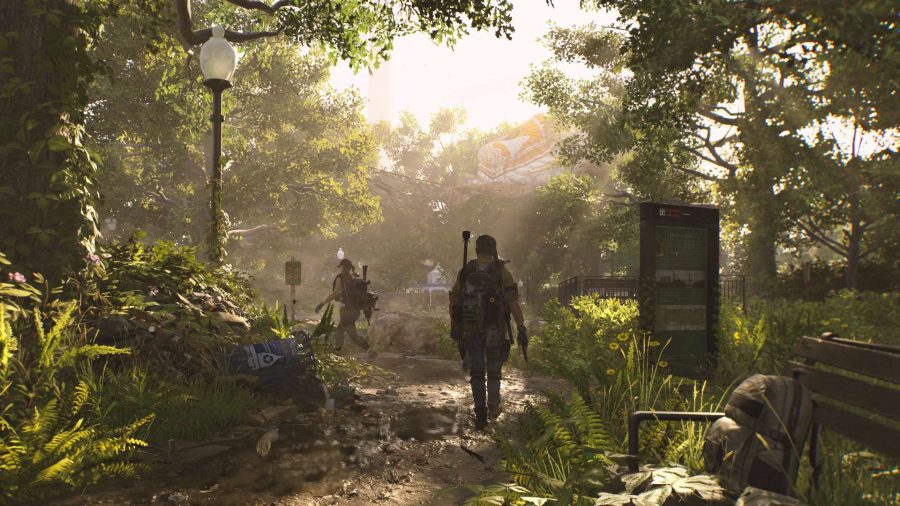 So, it’s a pretty game, even if some of the colourisation seems a little over-saturated, or a bit too vibrant, at times. But that can be mitigated using The Division 2’s comprehensive options screens. And it all plays well too. On both Intel and AMD CPUs, and the popular mainstream AMD and Nvidia GPUs, we’re getting great gaming performance.

Can I run it? Check your PC against The Division 2 system requirements.