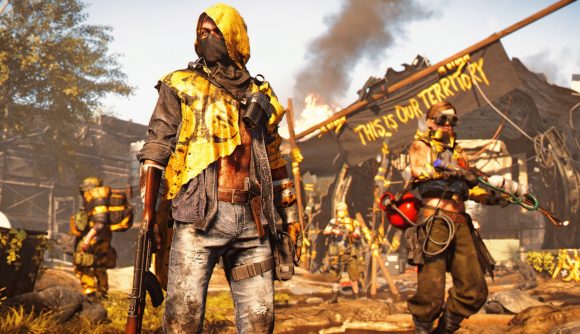 The Division 2 is nearly upon us, and Ubisoft has revealed the last drips of info in the pre-release blitz. Pre-loads are live on PC, and release times are out there thanks fo a fancy new chart running down when the game will unlock in every region. As with seemingly every modern game, things get confusing with early access in more expensive editions, so let’s break it down.

The Division 2 release date is officially set for March 15. You’ll be able to start playing at roughly midnight in each region, will allowances for local time zones. North American players can get in at 22:00 PDT on March 14, or 1:00 EDT on March 15. That’ll translate to 23:00 GMT on March 14 for UK players, and 00:00 AEDT on March 15 in Australia.

If you’ve purchased a the pricey Gold or Ultimate versions, you’ll get in three days early – but the times remain the same – so it’ll be either late March 11 or very early on March 12, depending on your time zone.

The pre-load currently runs around 50GB, and there’ll be an additional 2GB title update on March 11. Ubisoft has details for other platforms on the official site.

The Division 2 open beta wrapped up earlier this week, and if that was enough to convince you to buy-in, Ubisoft has a selection of free games to offer as pre-order bonuses.

From Specializations and raids to skills and brand sets, we’ve got plenty of info on The Division 2 to help you learn more heading into release and get a leg up once you’re actually in-game.