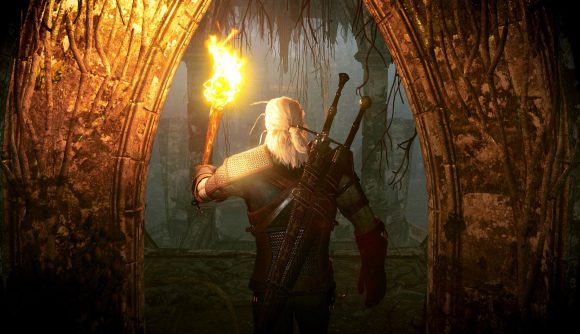 There’s a new version of ReShade out now, and it has a new feature designed to cut loading times significantly. ReShade 4.9.0 adds a new effects cache, which means effects you’ve compiled for games will be stored on your PC rather than recompiled every time you load your games.

We’ve highlighted a bunch of ReShade-based graphics mods here – some of the best Witcher 3 mods use ReShade, and the tool has been used to add ray-tracing style effects to games like Resident Evil 3 and Doom (2016). It’s a powerful tool, and you don’t need to limit yourself to predefined presets – ReShade gives you a lot of extremely granular control over a whole extra layer of post-processing in countless games.

The trouble is, once you’ve added a bunch of effects, load times can get pretty long – previous versions of ReShade needed to recompile each set of effects each time you loaded a game – or even when you alt-tabbed away and then back in. Fortunately, version 4.9.0 saves your effects, and after the first time you compile them, you won’t see longer load times – they’ll be ready to go.

There are a few other changes highlighted in the changelog: ReShade now supports D3D12on7, which effectively translates to, “ReShade now works with Cyberpunk 2077 running on Windows 7”, which may be a bit of an edge case. The developers have also added depth buffer copy before clear in OpenGL, which means ReShade’s depth buffer detection now works in Minecraft.

They’ve also fixed depth data corruption in Direct3D12 apps, which should result in better stability when running ReShade in Cyberpunk 2077, such as with this mod that makes Cyberpunk 2077 look like an old Build engine game.

The ReShade team says it is currently looking at what directions to explore next. It’s already planning a hotfix to address some UI issues in 4.9.0, but future ideas also include adding new ways to get ReShade to work with other mods and tools that have become popular in the scene, like SpecialK.