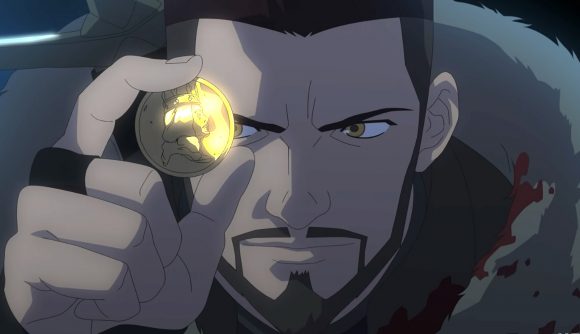 The Witcher series seems to be doing very well for Netflix, as the streaming service has just announced several new projects for the franchise that produced one of the best RPGs ever made. These include a brand new anime movie to follow up Nightmare of the Wolf, and a “kids and family” show.

Netflix had its big ‘Tudum’ event this weekend, bringing with it a load of great new announcements and trailers for various shows, including all the details on the League of Legends animated series Arcane. On The Witcher side of things, Netflix revealed a first look at the Blood Origin prequel series and confirmed that Season 3 of the show was already greenlit.

There also was a couple of big new announcements, although sadly without much detail. The first is the reveal that a second The Witcher anime movie is on the way, which will presumably act as a follow-up to last month’s Nightmare of the Wolf starring young Vesemir – although that hasn’t been confirmed, and it hasn’t got a title.

The second, perhaps more intriguing, project is the news that Netflix is producing a “kids and family series set in the world of The Witcher”. While it is totally possible for a children’s series to have adult or dark themes, The Witcher is one of the most adult fantasy series around – that’s part of its appeal – so it’ll be interesting to see what Netflix has planned.

Toss a coin to our growing Witcher universe! We can officially announce The Witcher Season 3, along with a second anime feature film, and a new Kids and Family series set in the world of The Witcher. pic.twitter.com/E032fDAXYx

There was also a brief behind-the-scenes look at the upcoming distant-past prequel The Witcher: Blood Origin too, which still sadly hasn’t got a release date.

Explore the Continent as you've never seen it before. Welcome to the world of our prequel series, The Witcher: Blood Origin, guided by showrunner @declandebarra. pic.twitter.com/PbaWk3lLyq

The Witcher season 2 launches on December 17 and has already had most of its episode titles revealed. On the gaming side of the franchise, The Witcher 4 has been confirmed, but it is almost certainly a very long way off from completion.