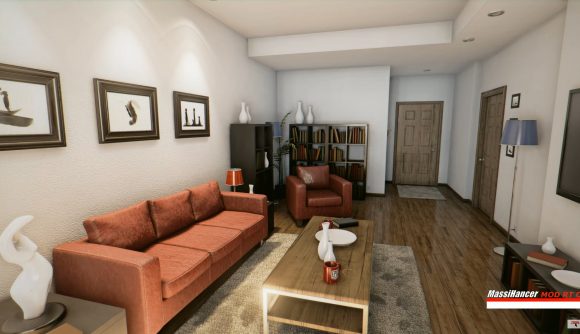 Prolific modder Massihancer is back at it again, this time tinkering with the first Unreal Engine 4 (UE4) tech demos. Unreal’s latest engine, Unreal Engine 5 (UE5) was recently unleashed upon the world, to plenty ‘ooh’s and ‘aah’s. It does look beautiful. UE4 looked beautiful for its time, but now, compared to UE5, it might seem just a little dated. To bring the engine back to the present, the mod creator added their staple graphical adjustments to the original UE4 tech demos.

We reported on Massihancer’s graphical mods before: first with their Doom 2016 mod, then their Resident Evil 2 remake mod, and finally their Doom Eternal mod. These games already looked pretty spectacular, but Massihancer’s adjustments made them that much sweeter.

Now, they’ve added “SSRT G.I. reflections, A.O. colour grading, and VFX to UE4’s first tech demos”, adding current-gen graphics tech like ray tracing to the now eight-year-old engine. If you’ve ever played Gears 5, or Sea of Thieves, or We Happy Few, or Dead by Daylight – there are many more, but you get the idea – then you’ve played a game built on UE4.

UE4 is possibly the most widely-used engine for modern video games, but the recent unveiling of UE5, running on a Playstation 5, showed just how much can be done with recent advancements in graphics tech when compared to UE4. 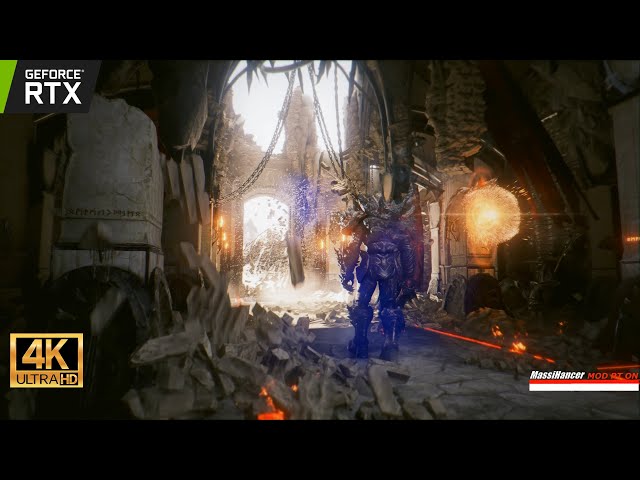 There are still some improvements that can be brought to UE4 games without an entirely new engine, however. Specifically, ray tracing and colour grading can be added to make the engine shine like in the UE5 demo, which is exactly what Massihancer has shown in their latest graphical mod for the UE4 demos.

The three demos (Elemental, The Cave, and Realistic Rendering) are improved through the use of Pascal Gilcher’s ‘RT Beta Shader’ for ray tracing and direct/indirect (global illumination) lighting, in combination with “many more dedicated personal shaders”.

Massihancer also says that “using ‘RT G.I.’ and ‘ambient occlusion'” they “created new realistic lights and shadows around the objects of the entire screen”. They also tried to “improve VFX, the reflections, and the Lava”. As per the mod creator’s signature effects, they added “high-quality colour grading and many more filmic effects like gaussian blur, lens flares, and DOF, that give the last photorealistic touch”.

We’re all looking forward to UE5 and the next-gen games that will be made using it, but for now, this mod is a great example of what can be achieved with more modern graphical effects, even while still using a current-gen engine.