Are you looking for the best Valheim mods? Valheim doesn’t officially support modding, but that hasn’t stopped the community from building their own tools to alter the game. If you’re searching for a new way to experience Valheim without using console commands, or you want to change some of the more tedious aspects of the Viking game, these mods should have everything you need.

Assign potions to dedicated hotkeys to quickly use during battle, play through the entire game in first person, and build unrestricted portals that allow players to carry ore through them. These mods customise the game so much that it can be very difficult to go back to the base game. It’s important to note that every mod listed on this page can be used on dedicated Valheim servers.

Before proceeding with these mods, it’s worth backing up your save data just in case anything goes wrong. Depending on the mods you end up using, it might not be possible to transfer a character from a modded game back to the original version. With that in mind, here’s a list of the best Valheim mods.

Now that the Hearth and Home update is here, numerous mods are likely to have incompatibility issues within the first few days. It’s worth keeping an eye out on the posts section of Nexus Mods to see if your favourite mods will be updated.

As mentioned, the developers of Valheim never intended to support mods officially – some mods may have unique installation methods depending on how much they interact with the game. Fortunately, the majority of mods use BepInEx, a modding framework for the Unity game engine.

Once you’ve copied the files into the Valheim folder, installing mods using BepInEx is easy: simply drag the mod files into BepInEx’s plugin folder. Not every mod is installed like this, so it’s important to double check the installation instructions for each mod you download. 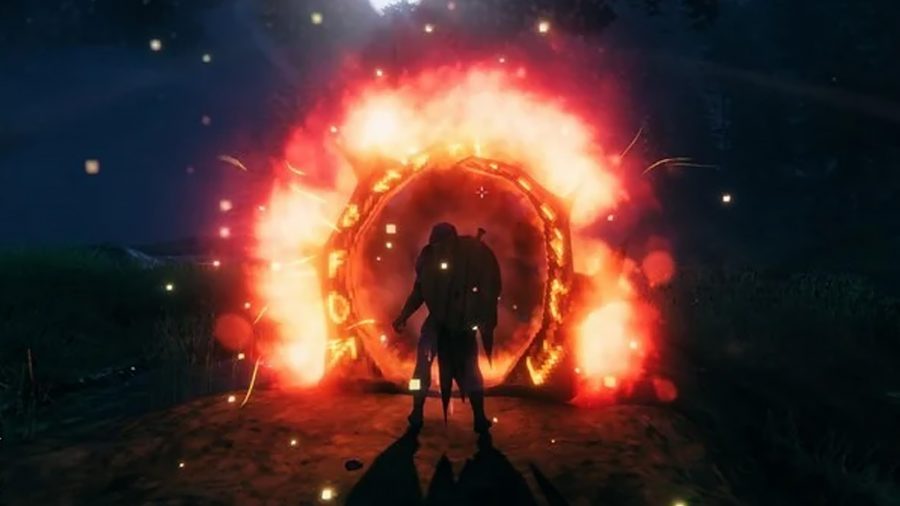 The Unrestricted Portals mod allows you to bring metal ores through your portals, saving several hours worth of long trips over the course of the game. The decision to stop players from taking ores through portals was a contentious one among the developers, but they ultimately decided against it. With this mod, the power to make that decision is in your hands.

The most popular Valheim mod by far, ValheimPlus allows you to customise the game exactly the way you want. Frustrated by how difficult building structures is? Remove all building restrictions. Hate how long it takes for the smelter to drop metal? Change the smelter’s timer to take half the time instead.

This mod also includes quality of life fixes such as the shared map system for players in groups which makes exploring much easier than before. ValheimPlus is for the people who know exactly what experience they want out of the game but were previously unable to do anything about it.

The Hearth and Home update made huge changes to way the food system worked, changing the values of almost every meal in the game. Some people are unhappy with these changes as each meal now provides the player with either health or stamina, not both. This can be annoying if you’ve worked hard to acquire rare items, only for your food to be nerfed in the most recent patch. Use the Hearth and Home Old Food Stats mod to give your hard earned meals the stats they deserve.

Valheim separates itself from other survival games by forcing players to craft their own weapons and armour as they progress through the game. If you want to make the loot in Valheim akin to an RPG like Diablo, the Epic Loot mod adds magical items into the loot pool to spice things up.

Related: Here are the best survival games on PC

With this mod, magical armour and weapons can be acquired from slain enemies, chests, and boss fights. This comes in the form of different rarities (rare, epic, and legendary) and the magical properties are assigned randomly to create a very different Valheim experience. These magical items by default rarely ever appear as their drop percentage is low, but when you do find one, the item emits a colourful beam into the sky to help you pick up your loot. 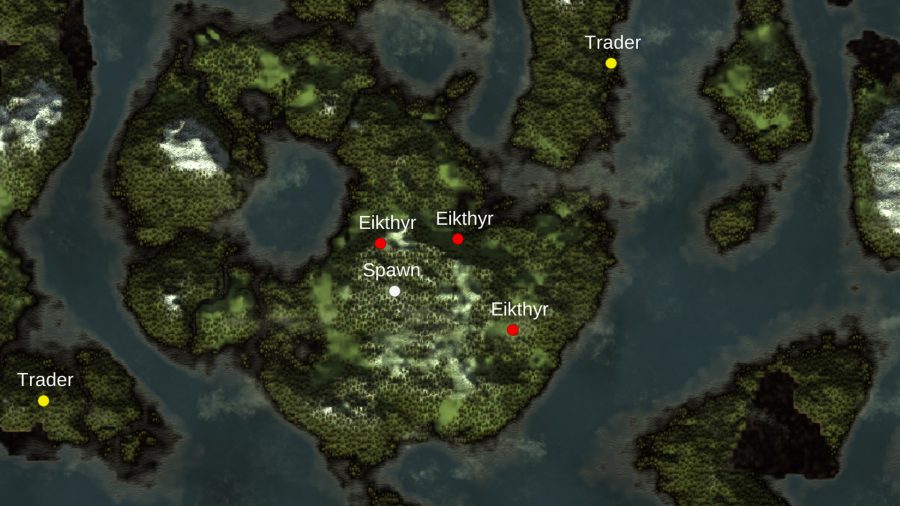 Exploring your Valheim world can take a very long time, especially as a solo player. Fear not, as the Valheim World Generator mod is here to help. You can use this tool on your existing world seed, allowing you to see your entire map along with the exact locations of each boss and item. This is available through a web browser, meaning you don’t have to install anything to your computer.

There are times when your friends need slapping down, and you can put them in their place with the Fight Club mod. Fighting friends in Valheim without this mod causes the defeated player to lose their skill points, and they are forced to trek back to their death spot to pick up any dropped items. The Fight Club mod makes fighting much less of a hassle – you merely challenge a friend to a duel and battle against them. No one has to die in a duel, and you don’t have to risk losing items or skill points either.

Add an additional camera option to Valheim with this First Person View mod. Valheim gives you the option to zoom in and out in third person, however there are moments when playing in first person would be helpful. Whether you want to gaze across the ocean as you quietly fish, or you want a better angle to hunt deer with a bow and arrow, the first person mod is perfect for all kinds of scenarios. 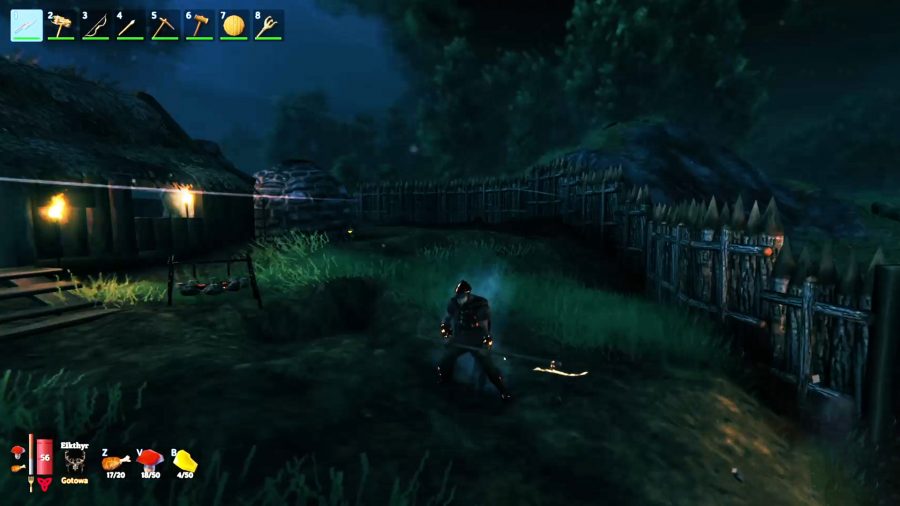 Valheim’s minimalist UI keeps clutter off the screen, however this does come at the cost of readability. BetterUI aims to adhere to Valheim’s standards while making aspects of the UI easier to understand at a glance. For example, equipment degradation can be difficult to keep track of if you aren’t paying close attention – with BetterUI, the durability of each item is colourised to make things clearer.

Have you ever been so in awe of someone else’s constructions that you wish you could replicate it perfectly? With the BuildShare mod, Valheim players can save and load constructions at will. If you constructed the perfect base and want the same thing dotted around the corners of the map, you can copy and paste the structure exactly where you want it. Likewise, if a skilled builder has constructed something you want, they can now share their creations with the Valheim community. 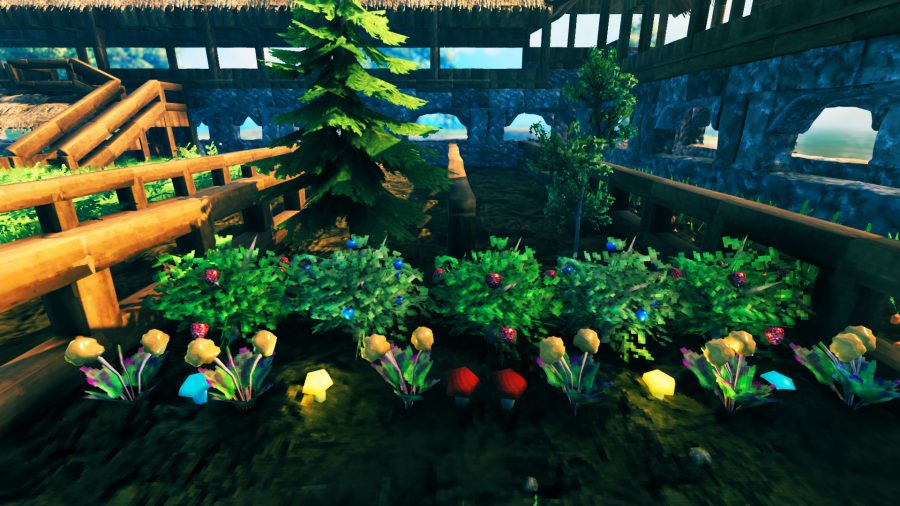 If you want to live entirely off your land in Valheim, you don’t have many options when it comes to farming. Whether you’re looking to avoid eating meat in-game, or you simply want to plant different things, this mod should make things much easier. The Plant Everything mod allows you to place numerous berry bushes, mushroom spawns, and tree saplings to create the perfect farm.

It can be difficult to keep track of the time in Valheim, especially when fighting in dark biomes like the Swamp where the sun isn’t visible throughout the day. The clock mod makes it easy to keep track of the time, ensuring that you can hunt during the day and be back in your camp before the sun goes down. This isn’t the most glamorous mod on the list, but it is incredibly useful if you want to avoid being attacked by enemies at night.

And that’s all we have for the best Valheim mods. Keep an eye on this page as we update it as more mods are released. In the meantime, you can read about the new thunder stone and crystal items you can craft in the Hearth and Home update.