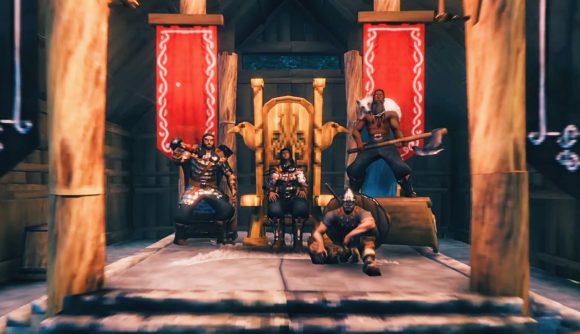 More and more players are getting into Valheim. Last night, the survival game hit another concurrent player record, this time breaching 400,000.

A peak of 410,990 was logged by SteamCharts on Friday, February 19, for the viking game. That’s a lot of would-be vikings, and considerably more than the previous record from last week. The debut game from developer Iron Gate has enjoyed exponential growth in its first month, having now sold over three million copies, making it one of the most successful launches on Steam ever.

To put that 410,990 into perspective, it took PlayerUnknown’s Battlegrounds several months to climb to that number back in 2017. Valheim has been giving the battle royale game a run for its money for the third spot on the most played games on Valve’s store, and it’s not far from beating PUBG’s current 2021 record. Still a ways to go before it scratches Dota 2 or Counter-Strike: Global Offensive, massive, long established multiplayer games that are both developed and published by Valve, but at this rate, anything seems possible.

The launch hasn’t been completely smooth, bugs are common, including one that eats your world. Modders have been hard at work, however, this mod giving you a lot more options for your building and editing.