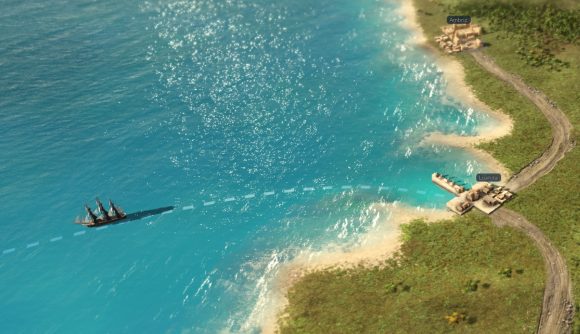 In much the same way that it’s making massive changes to the way warfare is conducted, Victoria 3 is shifting gears for its naval management layer. That’s a hugely important piece of the game, too: the period from 1836-1936 was in many ways defined by global oceanic trade, and the control of key shipping lanes. A new dev diary explains how the grand strategy game is approaching this side of empire management.

Navies in Victoria 3 are going to function in many ways like armies will. Specifically, you’re not going to be moving individual ships or flotillas around, but rather giving orders to your admirals, who will then use the ships and resources available to them to try to carry out those orders as best they can.

There are key differences between navies and armies, however – importantly, navies operate on the sea, and as the diary points out, the moving front system that defines land warfare would be meaningless on the open ocean. Instead, admirals can be ordered to do things like patrol, raid convoys, support beachheads, or run blockades on ports or straits.

The naval system obviously has a lot of interaction with the trade system, at least for nations that conduct trans-oceanic business. Depending on how long your trade route is – that is, how many nodes you need to connect two ports – you’ll need flotillas of different sizes and compositions to adequately protect it.

In an era of global trade, the high seas are crucial to your success as an empire. This week's dev diary is on the topic of Navies & Admirals. Read it here: https://t.co/nSoUJkhh8h pic.twitter.com/2snDpGQCva

Like everything else in Victora 3, your navy is a product of, and a part of, your economic network and supply chain. Naval bases are treated as production buildings that ‘consume’ individual ships, which are themselves produced in shipyards, to ‘produce’ flotillas.

A key difference between Victoria 3’s army battalions and its navies, however, is the fact that navies are always fully active, and are thus wildly expensive to keep operational. While generals can stand down during peacetime and drastically reduce their overheads, admirals will constantly need resources and money.

We’ll be putting our commodore’s hats on when the Victoria 3 release date arrives, hopefully early next year.