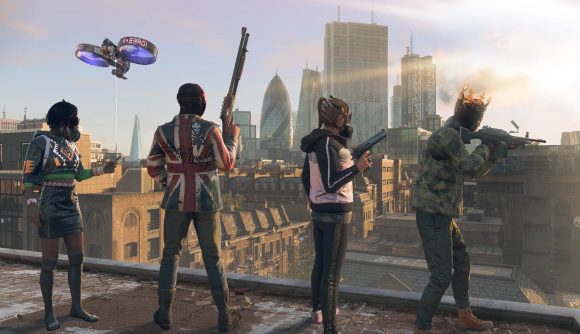 The online co-op game mode has arrived on PC for Watch Dogs Legion, less than two weeks after being indefinitely delayed due to a late-breaking issue the developers discovered that caused crashing for players with specific graphics hardware. Now it’s here, so you can head out into an open-world game version of near-future London and cause as much chaos with your friends as your little hacker hearts desire.

Watch Dogs Legion’s online game mode involves brand new co-op mission types and culminates in ‘tactical ops’ – five-stage mission challenges best attempted as part of a squad of four (although teams of three can complete them too, it’s just a stiffer challenge). You’ll need to communicate constantly to coordinate your efforts to finish these missions, since you’ll have to start the stage over if any member is eliminated. The mode includes built-in voice chat, so you’ll be able to keep in close contact with your co-op partners.

As our Jen Rothery writes in her hands-on preview of Watch Dogs Legion’s online mode, the co-op content takes place after the main storyline has wrapped up, and while the mode is “messy,” it’s also a “chaotic good time.”

Here’s Ubisoft’s introduction to the mode: 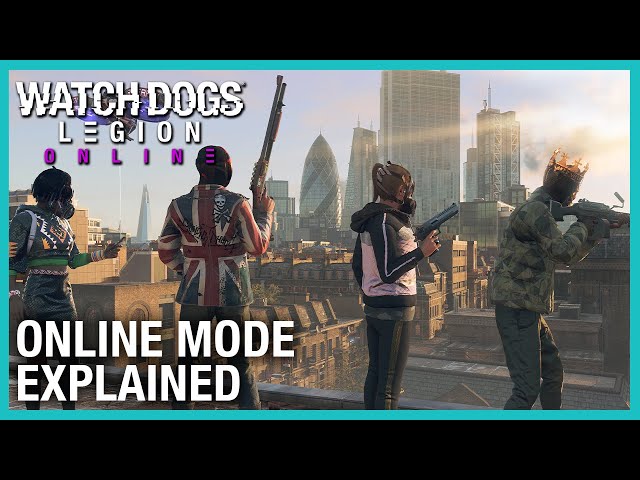 There’s also a spiderbot arena, in case you’d like to pit your mechanical friend against others in fights to the death.

The patch for Watch Dogs Legion’s online mode is available on PC now and weighs in at 14.44 GB. You can update your copy of the game through Ubisoft Connect.