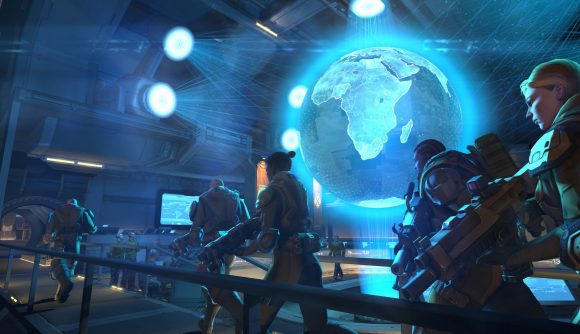 We’re nine years removed from XCOM: Enemy Unknown, the incredible reboot of the sci-fi turn-based strategy game. One of its lead developers has shared part of the pitch document for what became Enemy Unknown, revealing some potentially massive changes.

On Twitter, Jake Solomon, the lead designer on Enemy Unknown, put up an image of the front page of his vision for bringing back the classic war game back in 2005. A lot of what’s described, like the suspenseful, squad-based combat, doing research, and managing the panic levels around the world, made it into the final game, but a few elements are distinctly different.

In the ‘action’ section, you can see “real-time 3D battlefields”, suggesting the plan initially was to make more of a real-time strategy game. Thankfully, Solomon and developer Firaxis Games ended up sticking to the turn-based roots of the series, keeping that nail-biting, chess-like feel. Vehicles were planned, but didn’t make the final cut for whatever reason, and still haven’t been implemented. The initial premise involved a very X-Files-like human conspiracy that you’d to uproot, as well as stop the invasion. This isn’t in Enemy Unknown, but shades of it exist in XCOM 2, where humanity has ultimately surrendered to the aliens.

Solomon remarks that some of his phrases shows why this first pitch didn’t make it. XCOM: Enemy Unknown was eventually greenlit in 2008, and the rest is history.

Here’s the very original pitch doc for my first swing at XCOM, likely 2005 or so. Found it cleaning out old work junk. I use the phrase “Esprit de corps” in the doc so no wonder this version got canned. pic.twitter.com/dCIIDkw5DD

The last XCOM game was 2020’s XCOM: Chimera Squad, which our Richard Scott-Jones enjoyed in his review. We have lists of the best XCOM: Enemy Unknown mods, and best XCOM 2 mods, to keep the battle for humanity as exciting as ever, and we made a list of everything we’d like to see from XCOM 3.