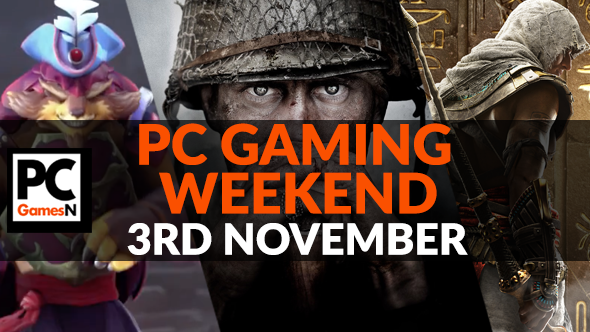 It’s alright, you can come out now – the spooky part of the year is over. Now we march relentlessly on through the winter. Yep, it’s about to get even colder outside, so why not stay inside and spend some quality time with your videogame collection? We think it’s a fine idea and, as such, have a bunch of PC gaming recommendations for you to consider over this weekend.

Win a Steam key for season one of Telltale’s Batman series – we have ten codes!

With Season Two of Telltale’s Batman series of choice-based adventure games properly underway, now is the right time to get stuck into it. We’re giving away the entire first season to ten lucky people. All you need to do is enter.

Play Call of Duty: WWII to see if it recaptures the golden years of the series

Its arrival every year is as certain as there will be Christmas. Yes, a new Call of Duty game has landed, and this time it’s not sending us forward in time, but backwards. If you loved Call of Duty ten years ago then you should love this return to World War II.

Well, well, what’s this? Riot are being rather generous by allowing you – yes, you – and the rest of the League of Legends community to vote on the next skin for Illaoi. You have until November 13 to pick out of the three concept skins available to vote on.

Need For Speed Payback isn’t out until next week but you can start playing it right. Well, for ten hours, at least. The Play First trial is available through Origin Access and gives you the first two chapters of the campaign as well as some limited multiplayer.

Have you beat the Destiny 2 campaign yet? If so, what could you get up to next in Bungie’s MMO shooter? Question no longer as the Levithan raid is now available on our platform of choice. You’ll need some mates you trust, a lot of firepower, and several hours to get through it. But don’t fret – we have a guide to help you out.

Dota 2’s big update, known as Dueling Fates, dropped this past week. Along with two new heroes to try out and an improved matchmaking system – thank you, Blizzard – there is now an entirely new game mode. It’s called Dota Turbo.

Get stuck in the slop and feel the joy of winching yourself out in Spintires: MudRunner

If driving sims are your bread and butter then you better give Spintires: MudRunner a bash. Well, less of a bash and more of a never-ending reve on the engine as the wheels of your huge truck spin in the mud. Yes, this is a toughie, but if driving big vehicles across the countryside sounds like fun to you, this is the game for you. 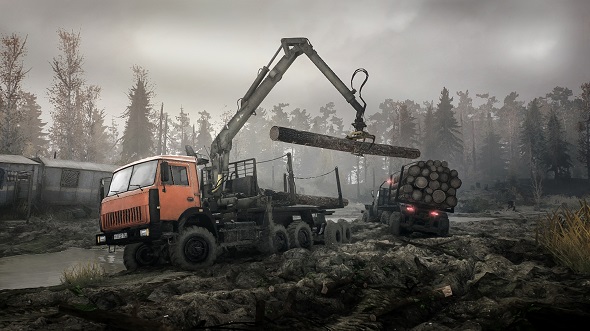 Fan of skateboarding games? If you are, you’ll want to start playing Bossa Studio’s new take on the genre. It’s currently available for free on Steam Early Access – so have at it. Bossa say they will cancel development of the game if it doesn’t attract 100,000 players during its free period. Do you need any more reason to give it a go?

Assassin’s Creed Origins got its first patch a few days ago. Not only does it fix a host of bugs, improve the game’s UI, and add more detail to cutscenes, it makes the photo mode even better. With a game as pretty as this you’ll want to take a lot of photos, so make the most of it.

Cosmo D is an indie game developer who makes strange exploration games like no-one else. His next one is called The Norwood Suite and has you wander around a bizarre hotel, engaging in musical interludes, dialogue with the odd folk you can find, and solving a few puzzles. Give the demo a go to see what else videogames can be.