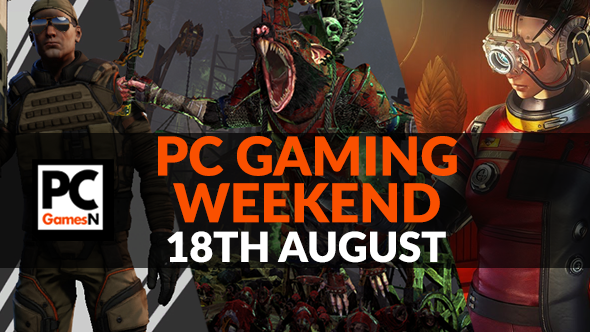 PC gaming is here to take over your weekend. Don’t fight: it’s already happening, the keyboard is wrapping its cable around your neck, pulling you in for an hours-long session.

Now that you’re locked in, you better find out how to make the most of your time in front of your PC this weekend. Don’t worry, we’ve got you covered. Below we go over all the games you should be playing and events you should be aware of over the next couple of days.

Win a new tank, a signed album, and a t-shirt with our World of Tanks giveaway!

We have a fabulous giveaway running this weekend especially if you’re an avid World of Tanks player. Not only could you win a new tank voiced by Swedish metal band Sabaton, you could also get a signed version of one of Sabaton’s albums, as well as one of the band’s official t-shirts.

With The International over for another year, the pro teams are currently undergoing a huge transitional period, with members leaving one team and joining another. We’ve got a summary of all the confirmed and rumoured changes so far.

This week we got confirmation that the fourth playable race in Total War: Warhammer II will be the ratbrood known as the Skaven. We already knew this as we got to play a preview version, which means we can tell you everything about them.

If you haven’t already picked up and played Prey then you now have a good opportunity to check it out. It now has a free trial which gives you an hour inside its world of mimic aliens and two-way glass. Find out if it’s something you want to play in full.

Get better at Rocket League with our advanced tips and tricks

If you’re a Rocket League player you should know that you can always get better at the game. There’s always more nuance to discover in the movement of the car, whether on the ground, ceiling, or airborne. We have a guide that can help you learn some of those advanced techniques if you haven’t already mastered them.

Titanfall 2 needs all the love it can get. It’s a great game that didn’t sell as much as it should have at launch. But its playerbase is growing and, with free updates, it’s only getting better. All of which is to say you should pick it up for cheap in this sale. The other EA games are alright, too.

Make your own XCOM 2: War of the Chosen propaganda posters

Here’s something fun that you can easily sink a few hours into. A new tie-in game for XCOM 2: War of the Chosen has been released on Steam. It lets you create your own propaganda posters with characters and props from the game. 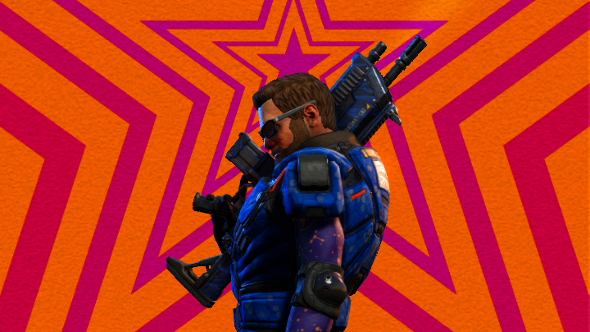 Learn how to stand and shoot with CS:GO’s nerfed Five-Seven

Valve are really shaking things up in Counter-Strike: Global Offensive at the moment. In particular, they’re changing how some of the pistols in the game work. The latest of which to become victim to an alteration is the Five-Seven. It ain’t so easy to use now.

While H1Z1: King of the Kill is the half of the two-part game that everyone plays, the developers gave some love to Just Survive this week, adding a new map, reworking weapons, and more. We detail the rest in our article linked above but you could always just jump into the game itself to get familiar.

Have a go at the new deathmatch modes in Overwatch

Overwatch now has deathmatch modes. While the majority of the other game modes are focused on working as a team to push or hold objectives, these new modes let you unleash some rage by focusing on downing your opponents. Select Lucio and start bopping people off the map if you’re good enough.