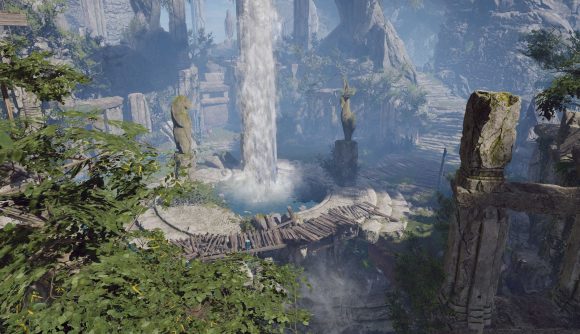 As if getting a new trailer wasn’t enough, Larian Studios has released a significant chunk of Baldur’s Gate 3 gameplay. On the back of revealing the highly anticipated RPG game’s potential release window of August for Early Access, Larian has put out a 90-minute gameplay video for the sequel.

The footage was played live during D&D Live 2020 by the game’s director, Swen Vincke. In it, we get an uncut, dragon-heavy cinematic, before going into gameplay and exploration as Swen explains many of the tweaks and changes that have occurred since we last got a look at it.

The major additions highlighted by Larian are: narration has changed to present tense; the initiative system now allows for party-members with similar initiative to be grouped together; the inclusion of Inspiration Points that allow you to reroll a dice; and enhanced reactivity, whereby your race and decisions will have an ongoing, potentially profound effect on how the world sees you. All of these features are given more granular detail in the video, watchable below, by Swen as he encounters them.

You can watch the full motion picture’s worth of Baldur’s Gate 3 here:

Our Richard Scott-Jones wrote about Larian’s high aspirations for the two-decades in the making threequel back in February, writing “It’s time for a new story, and for a new paradigm for the entire genre. This is no less than what Baldur’s Gate 3 is aiming to achieve.” Baldur’s Gate 3 also got a showing during the Guerrilla Collective and Paradox showcase at this year’s not-E3. You can see other announcements made during the PC Gaming Show and Future Games Show, too.