Want to know more about Baldur’s Gate 3’s Shadowheart? Shadowheart is one of the first Baldur’s Gate 3 companions you’ll come across in the Early Access build of the game – and although she’s immediately happy to cooperate with you in order to find a solution to the wiggly little problem you’ve both got festering in your ocular region, you’ll soon find her to be sassy, condescending, and frequently disagreeable. Like the other misfits who end up accompanying you on your quest to evict your resident brain tadpoles, there’s more to Shadowheart than meets the eye.

Shadowheart is a cleric of the deity Shar, a neutral evil goddess of darkness and the night, in possession of a ‘relic of immense power’, which she has been tasked with delivering to her coven.

As you travel together, depending on your character’s approval rating with Shadowheart, you’ll learn more about her origins – and yes, if you play your cards right, you can even ‘romance’ her. How exciting. For those of you who need a helping hand gaining her favour, we’ve got everything you need to know about gaining approval with Shadowheart; and if you’re wondering how she can be best used in your party, we’ve got some tips for you – warning; there will be extensive Baldur’s Gate 3 spoilers ahead.

How to recruit Shadowheart

Shadowheart can be found banging on the door to the Abandoned Ruins at the very start of Chapter One, after you crash land on the beach. If you don’t recruit her there, she’ll show up in the druid enclave, and eventually turn up at your camp with murderous intent – after which you can persuade her to join you. It’s difficult not to bump into her at some point.

If you’re wondering how to free Shadowheart from the pod on the nautiloid ship – it’s not possible. Even if you pass the skill checks in the dialogue while interacting with the pod, Shadowheart will remain stuck inside – though your efforts are recognised when you meet her again after the prologue. 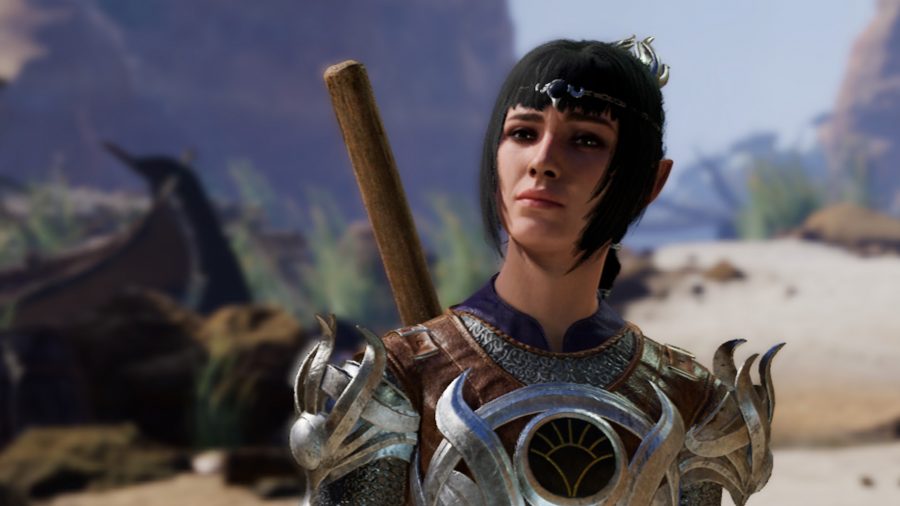 There’s another trick you can use to gain approval indefinitely – once you find out that Shadowheart worships Shar, you can earn infinite approval with her by asking her to tell you something about herself ‘besides Shar, besides tadpoles’ and then asking her to point out any night orchids you see.

You’ll lose approval with Shadowheart by agreeing with Lae’zel about anything whatsoever, and she definitely won’t like it if you decide to help Lae’zel fight the Tieflings that imprisoned her. She’s also not a fan of Wyll’s plan to help the refugees, and prying into her past when you talk to her will you earn an approval loss, as well.

A more comprehensive list of interactions can be found at the Baldur’s Gate 3 fextralife wiki, but there are plenty more approval opportunities to be discovered throughout Early Access. 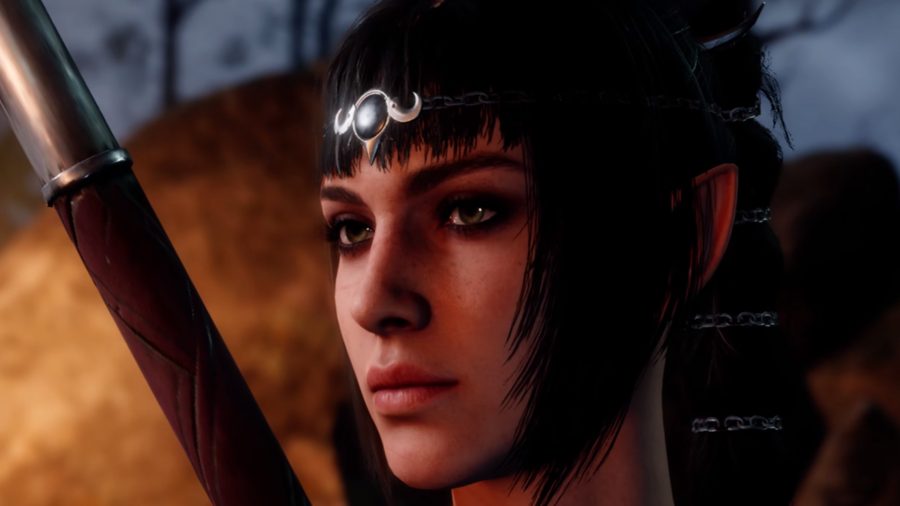 Your first real opportunity for romance in Baldur’s Gate 3 comes after you free the druid Halsin and celebrate at your camp. Speaking to Shadowheart and choosing the options ‘Tieflings?’, ‘Are you worried Shar won’t approve?’ ‘I’d be glad to’, and ‘I’ll find you after everyone’s turned in for the night’ secures you a date with the cleric after hours. Amusingly, if you then speak to your other companions, they’re all apparently aware of your plans; some are more encouraging than others.

Once you’re ready for some alone time, use the bedroll to be given a choice to join Shadowheart instead. You’ll then watch a cutscene in which the two of you drink wine together by a waterfall. Awww. You awake the next morning lying next to her on the rocks – classic sex in games stuff, this – and if you pass the insight check you’ll notice she’s game for a lil smooch. That’s all you’ll get for now, though – taking things to the next level will have to wait for Baldur’s Gate 3’s full release.

Shadowheart’s personal quest is called ‘Daughter of Darkness’, and is automatically unlocked upon recruiting her. At the moment, the only progression available for this quest involves a statue near the windmill in the blighted village – Shadowheart has a ‘strange, magical flare-up’ upon nearing it. You’ll also get her to reveal she’s a worshipper of dark goddess Shar and is on a mission for her – and has had her memories suppressed in order to better serve her.

There are also apparently Dark Justicars that serve Shar somewhere in the Underdark, but we haven’t found them in Early Access yet.

According to Larian’s early access statistics, Shadowheart has the highest death rate of all the companions. That’s not surprising when you consider her tragically low dex and dangerously small AC, plus useless amounts of strength. However, if you want to keep her in the party, Reddit user /ucarnivoroustofu recommends giving her either the Heavy Armored feat at level 4 to improve her AC, or giving her an extra +2 wisdom.

That’s everything we know about Baldur’s Gate 3’s Shadowheart for now – if you’re about to embark on a brand new adventure in Larian’s latest RPG game, we’ve got a guide to Baldur’s Gate 3 classes and Baldur’s Gate 3 races to answer all your burning questions.