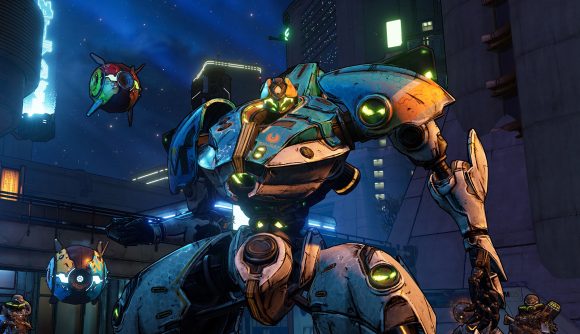 If you’re still looking for more on Borderlands 3, we’ve got you covered with another hour of exclusive gameplay footage. We stepped into the magically-powered shoes of the game’s Siren, Amara, and dove in to collect a bunch of guns and shoot up a whole new planet: Promethea. You’ll find plenty of the new gameplay features in action, from the new skill trees to the wild vehicles you’ll take control of.

You’ll find the full video down below, but there’s plenty more to detail on Borderlands 3. Yesterday’s reveal stream brought us info on how instanced loot works, and some details about your customisable home space aboard Sanctuary 3. We’ve also gotten early looks the Amara skill tree and the Zane skill tree if you want even more insight on how you can build your character.

If you want more detail on how the game actually feels, Ali’s got a hands-on feature where he reckons Borderlands 3 is about to top the looter shooter genre all over again. We’ve also seen details on the Borderlands 3 raids, and some insight into what to expect from the game’s microtransactions.

Check out the gameplay below.

If you want to get loot from watching further gameplay streams, here’s how to install ECHOcast.

The Borderlands 3 release date is set for September 13. You can follow that link for much more on everything we know about the game so far.