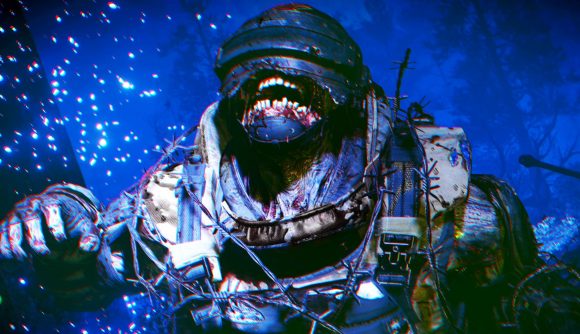 Activision has quietly changed the most controversial of Call of Duty: Black Ops – Cold War‘s PC specs. Originally, the maximum install for all the bells and whistles would take up 250GB worth of your PC’s storage. Meeting the publisher’s Ultra RTX specs is, essentially, what you’d want to be doing if you want to play the game with high FPS while in 4K resolution with ray tracing, but you won’t have to cough up nearly as much hard disc space to do so now.

The devs now say you only need 125GB of space for COD: Cold War (via Charlie Intel), even with the high-res texture pack installed. Standard installs have shrunk too, from 175GB down to 82GB, and if you just want the multiplayer, that’ll now be just 35GB. If you want the full lowdown on all the specs, you can check out our article about the Call of Duty: Black Ops – Cold War PC system requirements.

If that all still sounds too demanding on your hard drive or SSD, the good news is that you’ll have more control over it than you did with Call of Duty: Modern Warfare and Warzone on PC. While the war game got the option to uninstall certain modes recently, you’ll be able to tweak COD: Cold War’s install size at launch.

We spoke to Beenox’s UI/UX director Marc Alexandre Milot, whose studio is wrangling the PC port. He confirms the feature will be there, calling it “very important”, and, yes, we reckon it is, too.

You can read our full interview with Milot for the lowdown on the Call of Duty Cold War PC port.

If you are looking for the PC specs, then check can I run run Call of Duty Black Ops Cold War.