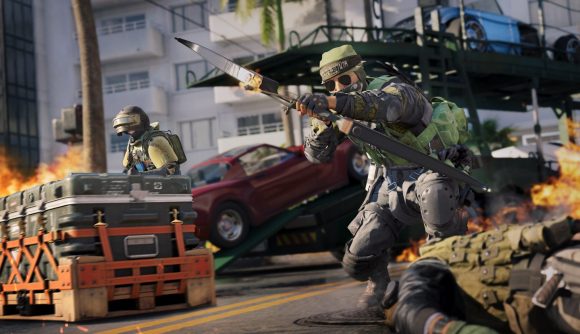 The big mid-season update for Call of Duty: Black Ops – Cold War hits tomorrow, March 30, and being the big fans of FPS games that we are, we’re eagerly anticipating the patch that’s set to bring new maps, an expansion to Outbreak mode, and much more to Cold War.

Developer Treyarch has helpfully provided specific details about the time the mid-season update will become available in Cold War. Moving west to east around the globe, the ‘earliest’ players will see the patch arrive at 9 p.m. PT on the US West Coast later tonight, March 29. That translates to midnight March 30 for the US East Coast, 5 a.m. for our friends in GMT, and 6 a.m. for Central Europe.

Season Two Reloaded, as it’s called, includes updates for both Cold War and Warzone. On the Cold War side, you’ll find that the Sanatorium (Night) map has been added to Outbreak, along with new intel, a new objective (Secure), and a new dirt bike. Later in the season, we’ll be seeing the addition of the ZRG 20mm sniper rifle, and prop hunt returns with new maps and props to use.

Here’s when you can start playing Season Two Reloaded content in #BlackOpsColdWar:

Warzone players have stuff to look forward to this time around as well, with Treyarch warning that “the thread rises” in Verdansk. Check out our guide to the new Warzone map release date to find out more about the nuke event and what’s in store for the battle royale game.

In other good news, the mid-season patch will also bring down the total install size for Warzone, which is currently sitting at around 92 GB on its own. Cold War will see 11 weapons rebalanced – including, Treyarch says, a “complete recoil balance pass on assault rifles and SMG attachments.”