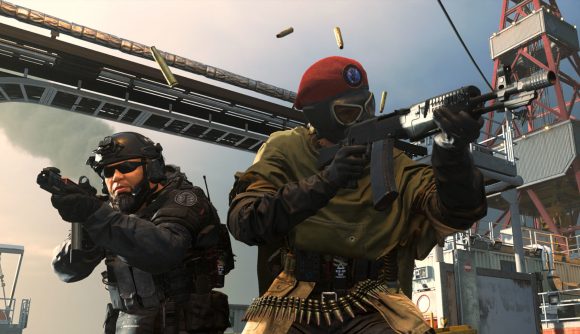 Things have been pretty quiet on the Call of Duty: Modern Warfare front for a while, with the FPS games series’ latest instalment Black Ops – Cold War and sister battle royale game having taken over as the ‘main’ live CoD titles in recent months. Modern Warfare Season 6 wrapped up late last year, and there’s been no sign of a seventh season since – now, though, Modern Warfare fans have unexpectedly found themselves with new content to enjoy.

As has been widely reported in the Modern Warfare subreddit, some new maps have made it into Modern Warfare alongside Cold War’s hefty mid-season update, which has now gone live. Call of Duty news and stats site CoD Tracker reports that three new multiplayer maps have come to the war game, the first of which fans of 2007’s Call of Duty 4: Modern Warfare might recall.

Called Killhouse, it’s a small, close-quarters map in MW4, and from images of (new) MW’s version – included below – it looks like this’ll still be the case. The site notes that there’s a 24/7 Killhouse Mosh Pit playlist hitting the game alongside this.

Elsewhere, two multiplayer maps called Al-Raab Airbase and Drainage have joined Modern Warfare’s rotation following this week’s update. These are a 6v6 and a close-quarters Gunfight, respectively. You can take a peek at these via CoD Tracker’s tweets below:

In addition to Killhouse, the Drainage (Gunfight) and Al-Raab Airbase maps are also available in #ModernWarfare Private Matches.

There doesn’t appear to be any mention of this new content on the game’s site or Twitter channels, so safe to say it’s been a pleasant surprise drop for the game’s fans. We’ve reached out to Activision to ask about the new maps and whether any further new content will be heading to Modern Warfare in the future – we’ll update this story if we hear back.