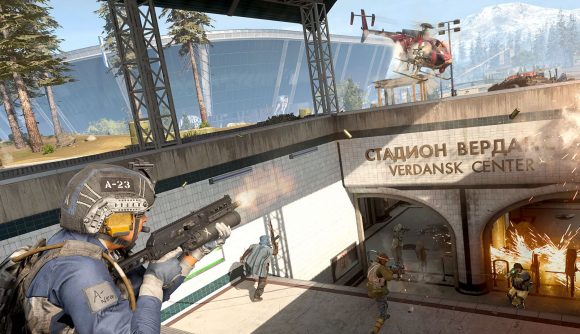 The Season 6 update for Call of Duty: Warzone and Modern Warfare brings with it a brand new Verdansk subway system, but it also appears to have broken the FPS game for quite a few users. But now, Infinity Ward says the issue should be resolved.

“A patch is rolling out now that resolves this issue across all platforms,” Infinity Ward says on Twitter. “Thank you again for your patience while we worked on a solution and if you experience any further issues, please reach out to Activision support.”

As our sister site The Loadout reports, players on both PlayStation 4 and PC are taking to the Call of Duty subreddit to report frequent crashes and poor ping times since the launch of the latest update. This seems to be the case for players with the latest round of graphics drivers installed just as much as anyone else, although the error messages aren’t always the same.

YouTuber Westie posted a screengrab of a crash he ran into repeatedly during a Modern Warfare session today, which included a hex value and a suggestion to visit Activision’s Modern Warfare support site. Westie said on Twitter that the game had crashed at least seven times during the morning’s session, and that it had crashed for everyone he was playing with when it happened.

2 more crashes since this tweet. Running on the latest NVIDIA drivers.

Seems that when it crashes, whoever you're playing with also crashes. https://t.co/PoINBJCGQV

When we checked into the issue on our own copies of Call of Duty: Modern Warfare, we found similar results: the game crashed a few minutes into a Warzone session. However, it returned a different fatal error message, this one saying DirectX had “encountered an unrecoverable error”. 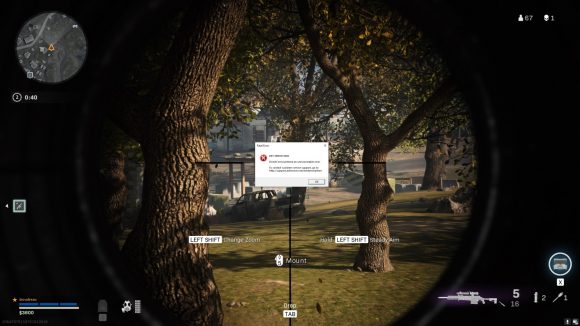 Crashes aside, it’s been an exciting start to the season. There’s a new Metro Station puzzle to solve that comes with a brand new Bruen. We’ve also put together guides on the best Warzone AS VAL loadout and the best Warzone SP-R 208 loadout. We, er, imagine those will be a tad more useful now.