Thankfully, these days there are very few true console exclusives, and even fewer that remain exclusive indefinitely. Normally, a new console generation would be like a kakapo mating season – the best time to experience this increasingly rare phenomenon, as Microsoft and Sony pit their biggest exclusives against each other in a triple-A arms race. However, at launch, both the PS5 and Xbox Series X had just one exclusive between them: Demon’s Souls… and that’s a remake.

Microsoft’s recent effort to bring all the games its first-party studios publish to PC has greatly hastened the demise of the console exclusive. Some Sony games also made their way to Steam in the last year or so, with Horizon: Zero Dawn being among the most surprising. So what better way to kick off 2021 than by compiling a wishlist of the remaining truly console-exclusive games we’d like to see on our rigs.

But we should temper our expectations. There won’t be any Nintendo games mentioned here; it just ain’t happening. We’re also limiting it to more recent games where there has never been any indication of a PC release further down the line. Final Fantasy VII Remake doesn’t make the cut because the PS4 trailers all hint that it’s merely a timed exclusive.

You also won’t see much outside of the last generation of consoles, apart from one big exception. Perhaps we’ll address older games another time, but for now there’s not much reason for Sony to revive its older titles for PC. With these caveats aside, here are the console games that we’d like to see on PC. 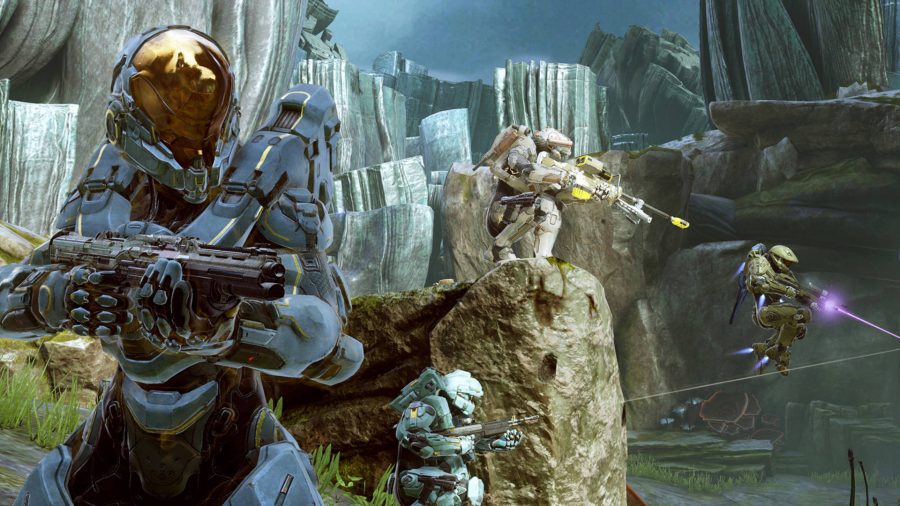 For years Microsoft has said it isn’t going to bring Halo 5: Guardians to PC. PC gamers did get its Forge mode, but let’s be honest, that’s not the full game. Times have changed however, and Microsoft is now embracing the PC, with its promise that all first-party Xbox games are coming our way.

One issue with that promise is that for PC gamers the only way to see what happened after Halo 4 is to buy an Xbox One – a bit of a pain if you want to be caught up with the story ahead of the Halo Infinite release date. It’s like reading The Lord of the Rings without bothering with The Two Towers, and suddenly wondering why Frodo and Sam are willingly following Gollum into a tunnel.

Halo 5 didn’t have the best campaign in the series, but it was a very strong multiplayer shooter that offered a ton to fans. The Warzone (no, not that Warzone) mode may be a bit out of the times – League of Legends and DOTA 2 have the best MOBA games market sufficiently covered – but it was praised at the time of Halo 5’s release. Besides, with Halo Wars already on PC, it would just be nice to complete the collection and have every main Halo game available on one platform. 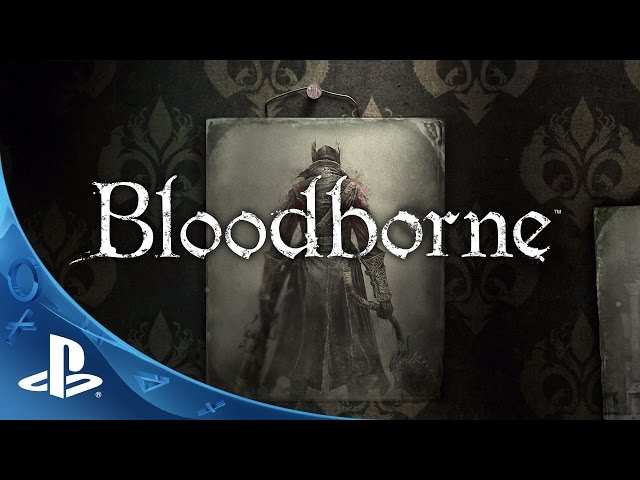 Bloodborne is easily one of the best games on PlayStation 4. Many reckon it’s FromSoftware’s best work, and for good reason. It somehow manages to be more aggressive and intense than the Dark Souls series, and its particular combat has created some of the most heart-pounding boss battles in the entire ‘Soulslike’ genre.

There’s just one big issue. Running Bloodborne on a PS4, and even on PS5, caps the action at 30fps (and PS4 can’t even manage that in certain areas). This is especially disappointing for Sony’s newest console because other games such as Ghosts of Tsushima, and even more recent FromSoftware titles like Sekiro: Shadows Die Twice and Dark Souls III, run at a persistent 60fps.

Modders have made the game run at 60fps, so we know it can be done. If Sony is serious about claiming territory on PC then Bloodborne is the next logical choice. With such fast-paced combat, PC players and Soulsborne fans alike deserve to experience the nightmare of Yharnam with a truly modern frame rate. Who knows, perhaps a successful PC launch could finally persuade Sony that Demon’s Souls belongs here, too. 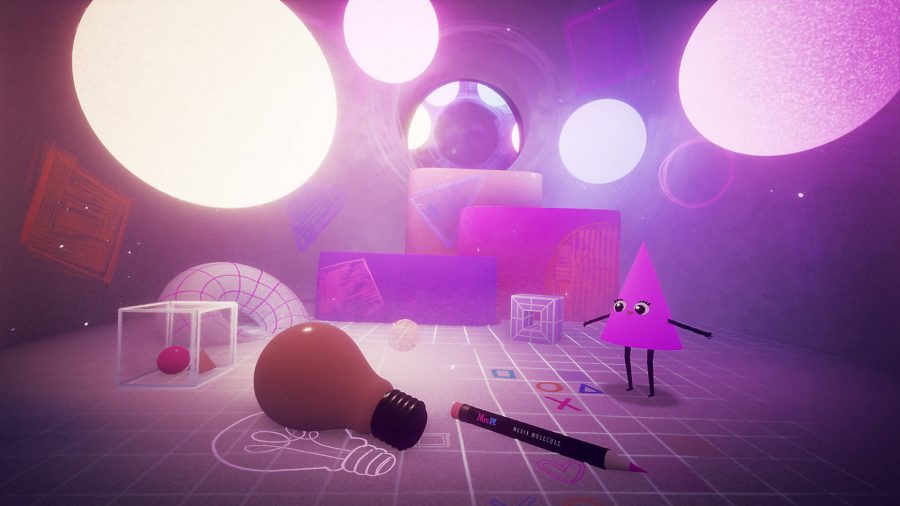 Look, just think about it. It makes sense doesn’t it? Imagine the boundless realm of possibility that would be a PC version of Dreams. This robust game creation tool from Media Molecule is only hindered by the fact that it’s on a console. With mouse and keyboard input, Dreams would give players far more precise control for creating games.

The possibilities are nigh endless, especially if it were made easy to import and share assets. There’s already a huge amount of fan-created games out there for those who just want to try something new.

But what makes Dreams so good is that, unlike other game engines, it’s accessible and inviting to younger audiences. Kids already love to create games within Minecraft, even using Minecraft mods to achieve their ambitions, so we’ve no doubt that Dreams would thrive on PC, too. 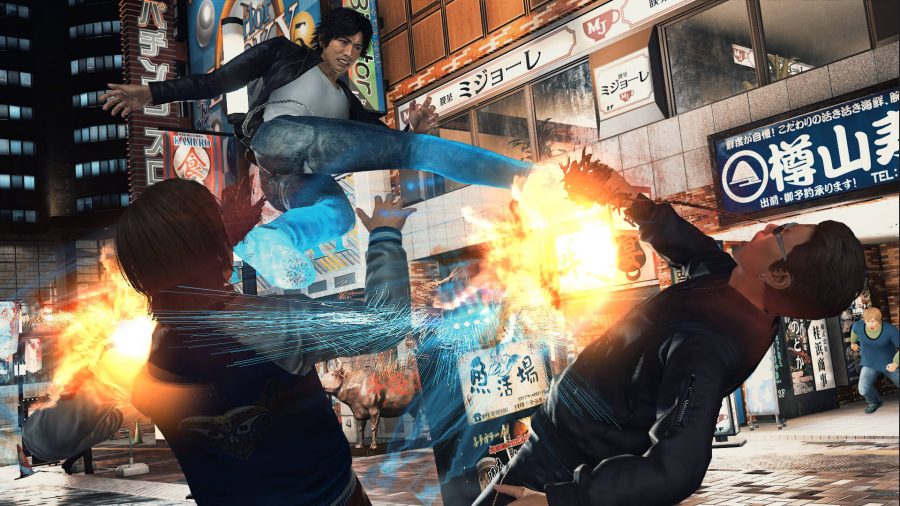 From its humble beginnings as an afterthought in Sega’s back catalogue, the Yakuza series has been taking huge strides to where it is now. While we’d love to see other yakuza spin-offs – like the one set in the Edo period – on PC, there’s a more recent spin-off that’s more likely to arrive on Steam: Judgement.

Not a lot of people talk about Judgment, mostly because it doesn’t have Kazuma Kiryu as the main character, but it mostly succeeded in combining the absurdness of the Yakuza series with a serious detective story about some grizzly murders. Protagonist Yagami is nowhere near as charming as Kiryu, but the game itself is great fun and one that we’d love to see on PC. 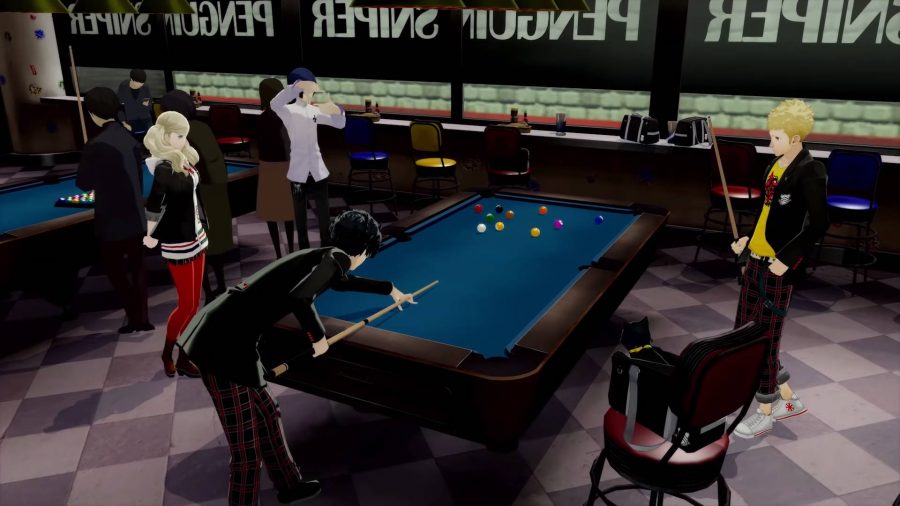 Much like the Yakuza series, Persona games have started appearing on PC. Atlus, another Sega subsidiary, also dipped its toes into the PC market, with the surprise release of Persona 4: Golden during E3 last year, and the original version of Catherine prior to that. With that in mind, Persona 5: Royal, the definitive edition of one of the PS4’s best JRPGs, should be on PC by now.

2021 also marks the 25th anniversary of Revelations: Persona, a far more popular spin-off of the Shin Megami Tensei series. In fact, the series is so popular that Persona 5’s main character is even a DLC fighter in Super Smash Bros Ultimate. If having a popular series and an established fanbase on PC wasn’t enough, Atlus is also partnering with Omega Force to bring Persona 5: Strikers to PC. That means we’re getting the spin-off before the game it’s spun off from, and that’s really weird. 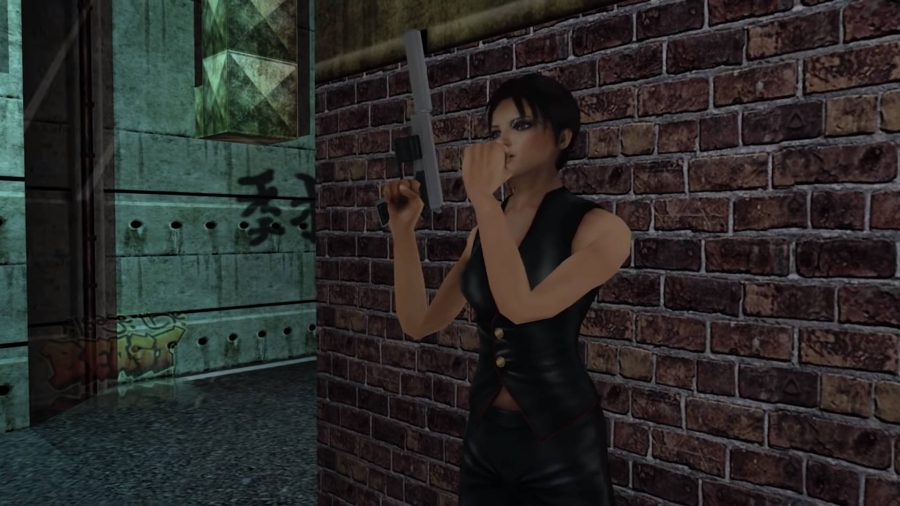 With many of Microsoft’s Xbox One games landing on PC and a reboot of Perfect Dark coming, there’s no better time to reintroduce people to Joanna Dark than now.

The Rare Replay collection was a celebration of the British developer’s back catalogue. From its humble beginnings making basic ZX Spectrum games, to iconic series like Killer Instinct and Banjo Kazooie, there’s plenty here that is worth playing.

Relevance is always the key for re-releases though, and that’s where Perfect Dark comes in. The classic N64 shooter and the admittedly not-brilliant Perfect Dark Zero are both in the collection. Perhaps it’s a smidge ambitious to hope for so many console games in one nifty bundle, but that’s what totally hopeful list features are for. 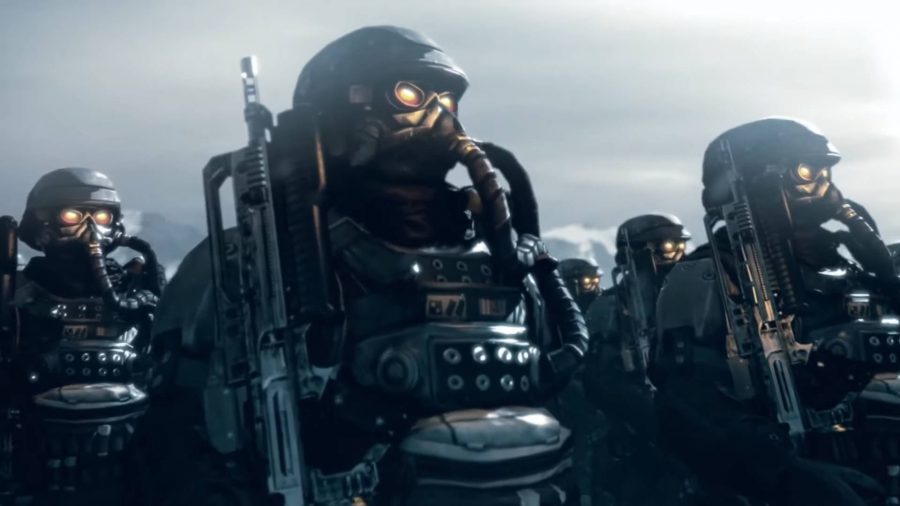 We alluded to there being an older game series featured here, and that game series is Killzone. Why Killzone? Well, Guerilla Games has already tested the waters for Sony by bringing Horizon: Zero Dawn, a former PlayStation exclusive, to PC. And that was pretty successful, as it turns out.

Guerilla Games is hard at work on the sequel right now, but just imagine if it had the spare resources to keep the momentum going by releasing its iconic FPS games on PC, too. This could be a grand opportunity to either release the Killzone Trilogy to a new audience, or even remaster it so that it takes full advantage of the hardware now on offer. The series never really gelled with the PlayStation audience in the same way that Halo did with Xbox fans, but perhaps a PC release will revive interest. If anything, it would make up for that infamous pre-rendered trailer for Killzone 2.

These are not the only console games that have missed out on a PC release, and we’re sure that the PS5 will eventually have more fully exclusive games that we’ll be pining for (besides Demon’s Souls). However this generation of consoles pans out, there are some great games to come, and we look forward to playing them, too.